And just in time for the holiday season, the Japanese robot, two years in the making, is now for sale.

As Engadget notes, for just north of $1.35 million, the Transformers-styled contraption could be yours -- just make sure to save a couple hundred extra for cup-holders. (They're sold separately.)

Kogoro Kurata, the man behind this project, heralds the robot as more of an "art piece" than a terrifying, mechanized killing machine.

Kurata tells Reuters the "machine guns" are loaded with BBs (which can still be dangerous). In addition, the "rocket launchers" are equipped with fireworks (again, not the safest -- but better than actual rockets).

CNET reports Kuratas features a 30-joint exoskeleton for a full range of movement, humanoid fingers capable of picking up things, and four wheels which carry the chassis around at a brisk 6 miles per hour. Kuratas can be piloted from a cockpit within the robot, or controlled externally via a smartphone.

What do you think of the robot? Tell us in the comments section below. 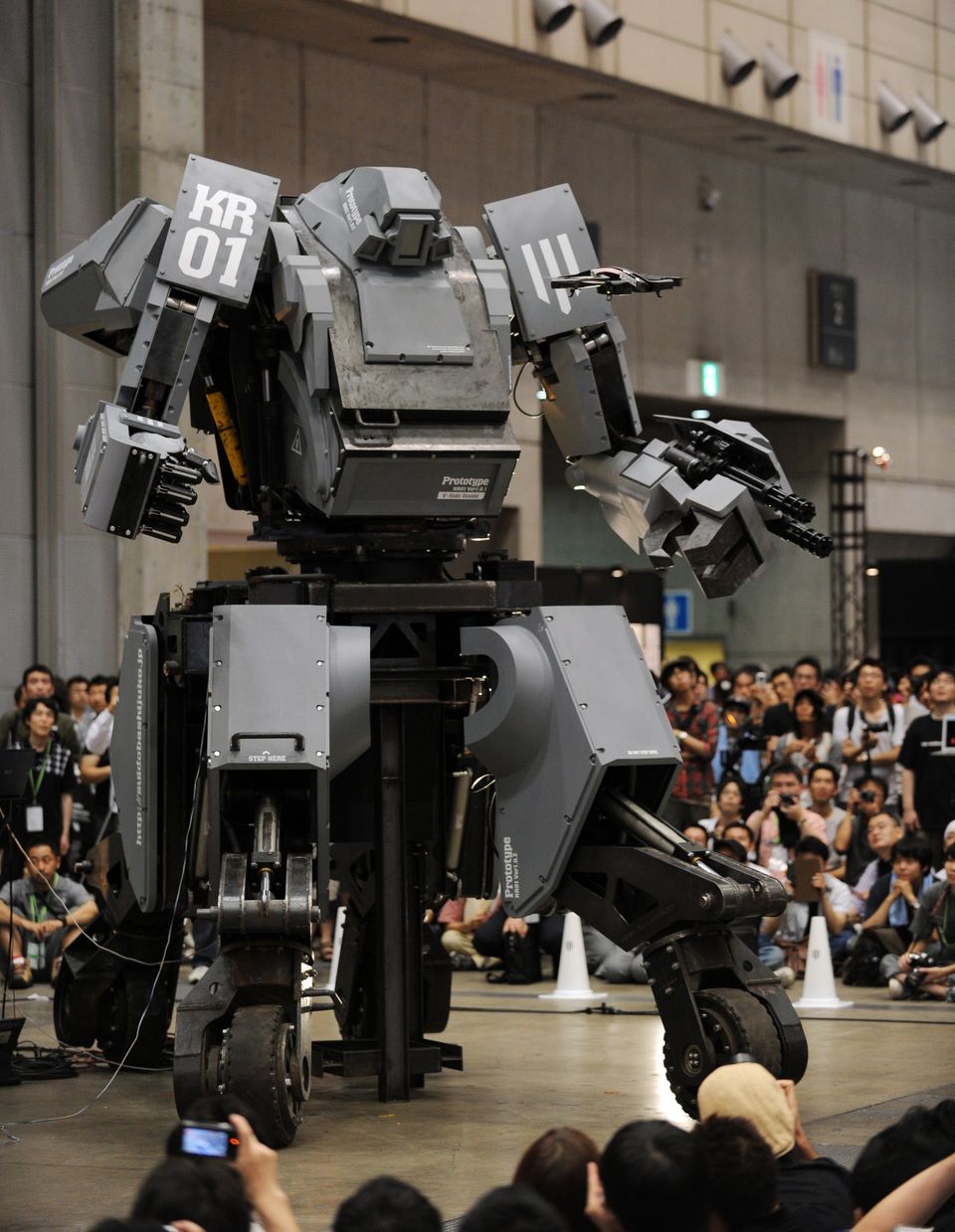 1 / 13
Japanese electronics company Suidobashi
Japanese electronics company Suidobashi Heavy Industry unveils its latest robot 'Kuratas' (C) as a crowd of people take photographs at the Wonder Festival in Chiba, suburban Tokyo on July 29, 2012. The Kuratas robot, which will go on sale with a price tag of one million USD ,measures four meters in height, weighs four tons and has four wheeled legs that can either be controlled remotely through the 3G network or by a human seated within the cockpit. AFP PHOTO / Yoshikazu TSUNO (Photo credit should read YOSHIKAZU TSUNO/AFP/GettyImages)
Getty Images