French women have the world's second-longest life expectancy after Japan, which, quite frankly, translates into a lot of French women flying solo in their older years. And just like boomers everywhere, no one relishes the thought of spending their days in expensive retirement homes.

Three years ago, a group of about 20 French feminists formed a women-only self-run residential home for pensioners. It was dubbed the "retirement anti-home," and the ladies call themselves the "Baba Yagas" -- named after the Slavic mythical wild women or dark ladies of magic. (The more contemporary interpretation of a Baba Yaga is that of a trend-setter, a woman who initiates her own path and helps women who help themselves.)

The group's founder, Therese Clerc who died in February at almost 90, conceived of the home way back in 1999 as a community of dynamic female seniors who wanted to live communally but retain their independence. Clerc, described by CafeBabel as "France's ferocious women's rights activist" when she was 86, was determined to mitigate the impact that pay inequality ultimately has on older women by giving them a safe, affordable place to live in retirement. Of the original residents, seven live on the poverty line. Some are former teachers, artists and painters; others never finished high school. House rules requires that the women each do 10 hours of chores a week.

“To live long is a good thing but to age well is better,” Clerc is quoted as saying.

She was determined to change the way people see old age and that meant "learning to live differently," she said, adding, “Growing old is not an illness.”

The five-story Baba Yaga House contains 25 apartments; 21 adapted for the elderly and four reserved for students. The ground floor is reserved for group activities and there are plans to house a university for senior citizens there as well.

Residency spots are competitive and residents were selected partly for what they could contribute to the larger community and, to some extent, the degree to which they shared the Baba Yaga philosophy. That includes being comfortable with self-governance, having a commitment to the empowerment of women, respecting personal privacy while supporting each other, and an involvement with political, social and cultural life as well as a commitment to environmental sustainability and justice.

And the idea has certainly spread. There are two similar projects in France underway and an effort in Canada to build a Baba Yaga Place in Toronto as well. There are already 150 women on the waiting list for the project which hasn't yet broken ground. But an interesting thing has happened while the waiting list grows: Some of the women are deciding to share housing together now, using the waiting list as a sort of match-maker to find people with similar interests and habits. 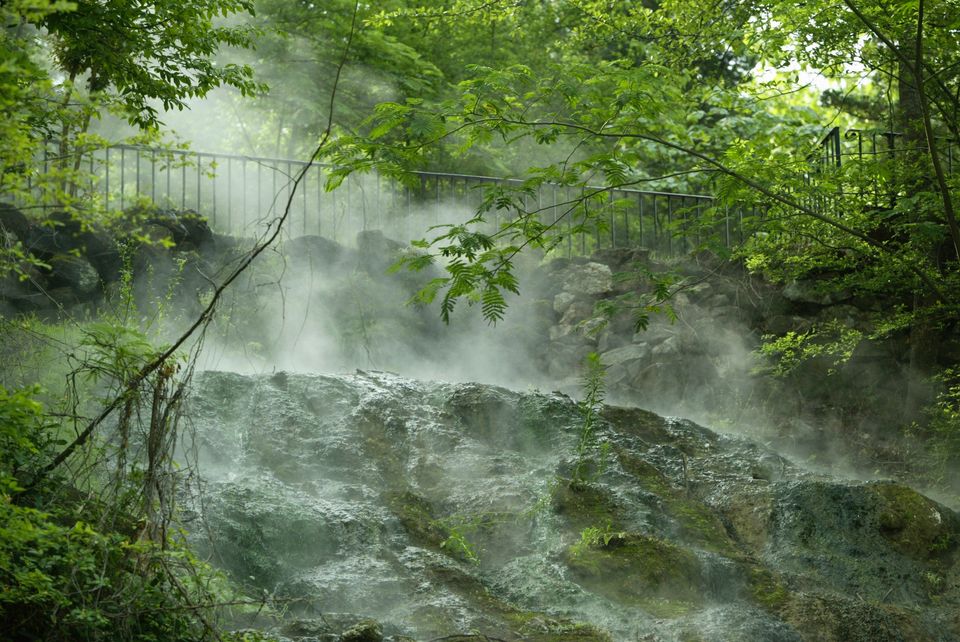 1 / 5
Hot Springs, Arkansas
Although it might not have sunny beaches, Hot Springs still offers lots of beautiful nature and relaxation opportunities. It's home to <a href="http://www.nps.gov/hosp/planyourvisit/indooractivities.htm">Hot Springs National Park,&nbsp;</a>where you can pamper yourself with hot baths and soaking pools.&nbsp;<br><br>It has hot summers and temps in January that dip -- on average -- to a low of about 31 degrees. Around one in five residents is over 65 and you won't break the bank living here, thanks to lower-than-average lifetime healthcare costs and a lower cost-of-living, Kiplinger says.
Richard Rasmussen via Getty Images