Even the sweet little old lady checking out her groceries next to you at Trader Joes. She's thinking about sex.

Yep... She is. Because my friend used to work in a nursing home and she said those sweet old seniors were bed hopping like nobody's business even when their other body parts weren't working so hot!

So we live in a sex-crazed society. And there's nothing wrong with it.

Except there is. Because it seems to cause a lot of angst from where I'm standing. How we make ourselves feel about it. How we judge ourselves for it. How we can't communicate what we want to our partners. How married couples compare how often they're having sex with how often everyone else is having sex. How we attach "meaning making" to the act when sometimes sex is just sex. And most importantly, how we use it as a power tool in relationships to get what we want.

Sex is powerful. Deeply and profoundly powerful. It makes and breaks relationships. If you aren't getting it often enough, there's a "problem" you say, and said "problem" needs to be fixed.

If you're getting it too much, well -- whose getting it too much??? I mean seriously, if you are, please email me so I can talk to you and get some pointers on what you're doing to be in the 1 percent minority of the human population. I'd be interested in joining your exclusive little club.

Here's the truth about sex: We're thinking about it half of our waking life, but we aren't talking about it enough with each other. We're not talking about it, unless we're complaining to our friends about the lack of it, or at the therapist's office trying to fix the problems it's causing in our marriages, or in our heads about it because we found someone we so want to have sex with but we don't want that person to think that's all we want and we're not quite ready to be in a relationship with them so we just sit around obsessing about this whole sex thing.

So just so you feel like you're not alone, let's talk about any of the number of issues you might possibly be dealing with today in regards to your sex life:

1) You and Your Partner Have Different Sexual Appetites. Guess what? About 98 percent of all couples that are in a committed relationship have this very issue.

Do you like to eat the exact same amount of food as your partner at every meal, ounce for ounce? Do you need the same amount of sleep every night as them? Are you both always in the mood to watch the same show? Or might one of you want to watch The Good Wife while the other is just jonesing for an episode of Scandal? You get where I'm going with this. Most likely if you're with a partner, your needs and desires are different depending on the day of the week. Yes, it's frustrating. I mean, we want what we want when we want it. But try to have some compassion for your partner and accept that they may have different needs and desires than yours. Then google "masturbation" to take the edge off.

2) You Fear Sexual Intimacy. You aren't in a relationship because you have a real fear of intimacy. Body image issues, performance anxiety, lack of self confidence in your level of experience or ability to please a partner. These feelings are real and are very common, especially amongst women. But at the very core of this fear is the fear of being rejected.

It's important to talk to a professional if you're struggling with any of these issues because avoiding relationships and intimacy leads to loneliness and lack of emotional and spiritual growth. Relationships offer us the most powerful arena for personal growth, if we are willing to put ourselves out there. The key is learning to take personal responsibility for defining your own worth instead of making others' love and approval that barometer. This doesn't mean that you will ever like rejection; it means you will no longer be afraid of it and have a need to avoid it.

4) You Absolutely Want to Be Having Sex With Someone and You Know Who That Someone Is. Ok, you have some choices here...

a) In the classiest way possible, gauge their interest. What works? Subtle flirting, throwing out a nice compliment to them without coming on too strong and seeing how they respond.

c) You act completely aloof as if you have no interest in them whatsoever. In fact, you play it so cool, the person has probably forgotten your name because in an effort to "play it cool," you act like a total iceberg and ICE has never turned anyone on... unless maybe you use it in a Nine 1/2 Weeks kind of way. 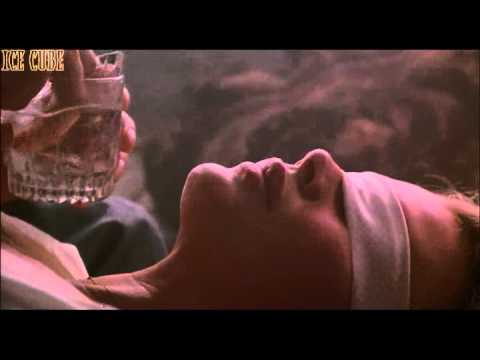 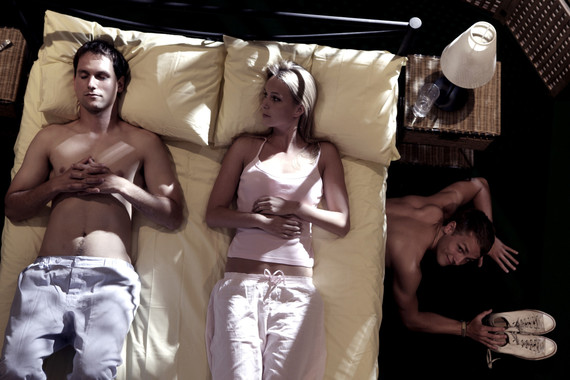 We've all done it, so no shaming in this. You're having sex with someone who can't give you anything except sex, because they have emotional intimacy issues. Or you're having sex with someone you fight with 24/7 so when you're not in bed, you're ripping each other's heads off, which just gets exhausting and who needs the drama? OR you're sleeping with someone who isn't available -- you know, they've got that whole married thing going on which is a real downer or are in a relationship with someone else. Which is no... again, just... No. Try to find your way out of this one. You deserve better.

Sex Women Sex In The City Dating And Relationships