Today, the Drudge Report featured a not-so-flattering picture of Hillary Clinton with the screaming headline "THE TOLL OF A CAMPAIGN." Clinton, who turned 60 in October, has been traveling around Iowa and this morning hit up all six morning shows as part of a media blitz now that her campaign there has entered panic mode.

On his radio show today, Rush Limbaugh asked, "Does our looks obsessed culture want to stare at an aging woman?" In his own words:

There is this thing in this country that, as you age -- and this is particularly, you know, women are hardest hit on this, and particularly in Hollywood -- America loses interest in you, and we know this is true because we constantly hear from aging actresses, who lament that they can't get decent roles anymore, other than in supporting roles that will not lead to any direct impact, yay or nay, in the box office. While Hollywood box-office receipts may be stagnant, none of that changes the fact that this is a country obsessed with appearance. It's a country obsessed with looks. The number of people in public life who appear on television or on the big screen, who are content to be who they are, you can probably count on one hand. Everybody's trying to make themselves look different -- and in that situation, in that case, they think they're making themselves look better. It's just the way our culture has evolved. It's the way the country is. It's like almost an addiction that some people have to what I call the perfection that Hollywood presents of successful, beautiful, fun-loving people. So the question is this: Will this country want to actually watch a woman get older before their eyes on a daily basis? 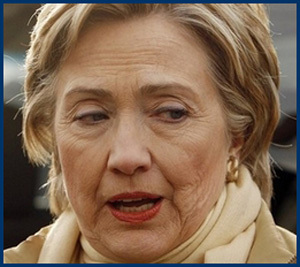