It is no secret that Lindsay Lohan has been trying to channel Marilyn Monroe for a long time -- she even recreated Bert Stern's ‘Last Sitting’ for New York magazine back in 2008. But now the young actress is actually comparing herself to the screen legend in a forward she wrote for Susan Bernard’s new book, Marilyn: Intimate Exposures.

“Marilyn was the beautiful bad girl in that tight, rose-colored dress. The character she played was strong and taking control, which I unconsciously knew at that young age [12] was a necessary quality for a woman.” Lindsay writes. “I can understand the photographer Bernard of Hollywood’s [Bruno Bernard] statement, 'it took a superhuman effort to be Marilyn.’ I identify."

But Lohan doesn't stop there when it come to drawing the similarities between herself and the bombshell icon.

“People in their mind have created who I am and act as if there is no real person inside of me. Just like Marilyn,” Lindsay continues. “Marilyn never wanted to be just a celebrity. Neither do I … I had always thought that movie stars were in films that would last forever in your mind. But now the films don’t. I don’t want to be remembered as someone who just wanted to be photographed, who goes out at night, and gets in trouble."

Just like Monroe, Lohan wants to be loved for her talent rather than her infamy.

“Heath Ledger once said to me, 'It’s built you up to knock you down and that’s all it is,'" adds Lohan. “Marilyn said she had no foundation. But she said she was really working on it. I’ve been trying to do the same thing … I believe in myself and I’m a good actress.”

We would love to see Lohan prove the naysaying masses wrong. 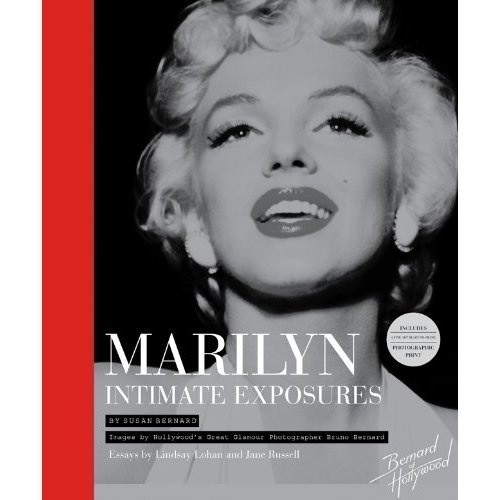