Hundreds of anti-war protestors gathered at Hollywood and Vine on the eighth anniversary of the Iraq war yesterday afternoon. Organized by ANSWER (Act Now To Stop War And End Racism), the march matched similar protests across the nation. AP reports:

In California, hundreds of people marched in downtown San Francisco. Hundreds more, including students from more than 40 high schools and community colleges, marched in Los Angeles in protest of the U.S. presence in Iraq, organizers and police said.

Some used the rallies to draw attention to the new military action in Libya. 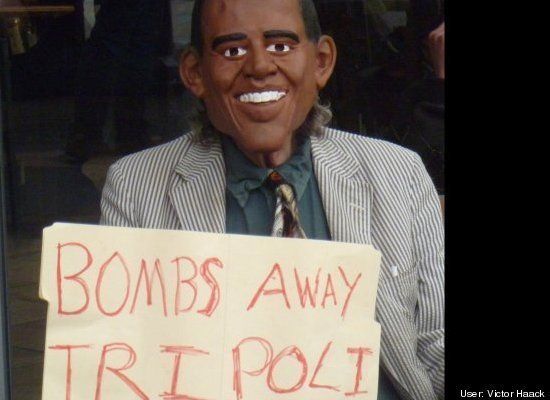