In January 2010, Lynn University student Courtney Hayes wrote on her Facebook wall, "It's 32 degrees in Boca; I'm off to sunny Haiti to save the world."

But before her charity work was complete, Hayes and three other Lynn students and two professors were killed in the January 12, 2012 earthquake that devasted Haiti.

The six were part of Journey of Hope, the college's service trip to the impoverished county.

"They love what they have and they work so hard to get nowhere, yet they are all so appreciative," Britney Gengel, another Lynn student, texted to her parents three hours before she was fatally trapped inside a hotel. "I want to move here and start an orphanage myself."

By 2013, Gengel's father and brother will have fulfilled their daughter and sister's wish. They've been building an orphanage on Haiti's west coast set open on the third anniversary of the quake.

And now South Florida has its own memorial for the philanthropic university members who perished in the natural disaster that killed over 300,000 people.

Friday, Lynn dedicated Remembrance Plaza to the four students and two professors killed in the earthquake.

Remembrance Plaza, which sits near the school's student center, is a $1.7 memorial that took close to a year to build.

The six victims are immortalized by shimmering pillars bearing their names. The two professors sit on each end flanking the four students in the middle.

The pillars rest under a silver overhang and above steps flowing with water leading down to a reflection pool.

"We hope that in our moments of pain, which will never fully go away, we may find peace and comfort in this sacred place we dedicate today," Lynn President Kevin M. Ross said at Friday's dedication.

Click below for photos from the Remembrance Plaza dedication: 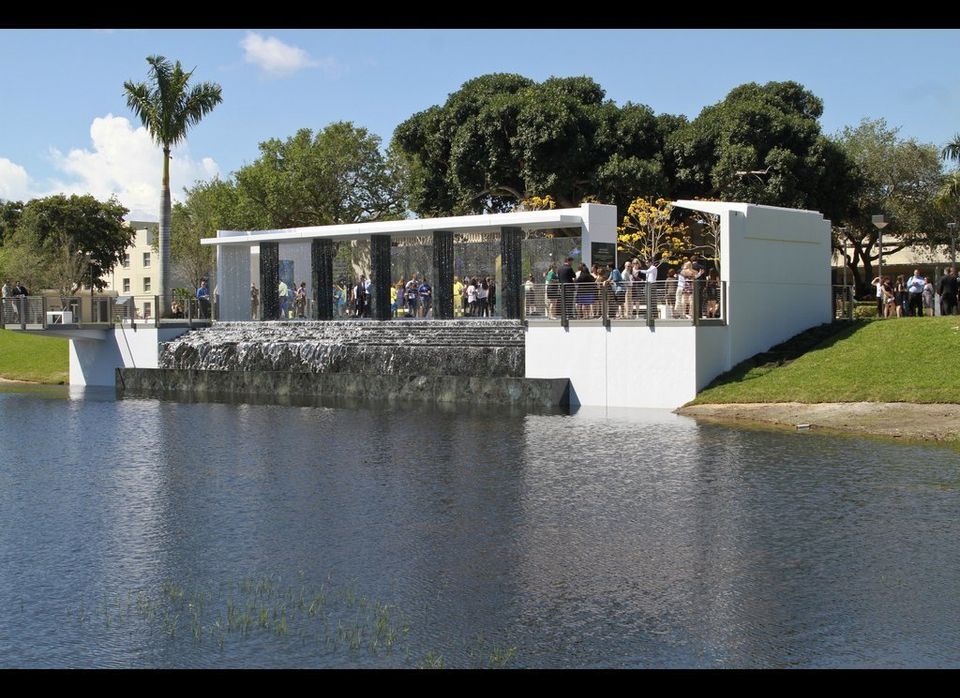