Can't wait for "Mad Men" to finally return? Neither can I -- it has been 459 days since we last saw Don Draper and the Sterling Cooper Draper Pryce gang in "Tomorrowland," and so many questions linger going into Season 5's big two-hour premiere (Sunday, March 25, if you don't already have it circled on your calendar).

HuffPost caught up with the cast -- including Jon Hamm, Elisabeth Moss, Christina Hendricks, John Slattery, January Jones and creator Matthew Weiner -- who were all as tight-lipped as ever about what to expect next season. They would only non-jokingly joke that they'll get fired if they say anything. (They will.)

The "Mad Men" cast did, however, have some things to say about the new season. "I think this season is the best yet. I really do," Slattery said. "We were all commenting that it felt like the first season. We've somehow circled back after all the details and all the plot development that's happened with everybody ... it's kind of circled back to the sort of tunnel vision on each character and various elements of each character that they've dialed in on. It's somehow simpler."

Do his castmates agree? "This season I think is our best season, script-wise. 100 percent," said Rich Sommer, who plays Harry Crane. "I really can't imagine how anyone would be disappointed, and I think that it definitely rewards those people who have been there from the beginning. It's not a show you can start from the middle ... well, you can, but you'll not only miss information, you'll miss nuance. There are literally glances that happen between two characters where it's like, 'Oh shit!'"

"I heard something that Matt [Weiner] said tonight," Moss said, "which is that this season is about every man for himself. I just thought that was so interesting ... I'd never heard him say it before, but I think that is the most perfect way of describing this season. And I think that's the parallel to Season 1 as well."

Speaking of Season 1 -- and all the previous seasons -- the castmates had to answer an even tougher question: What's your favorite "Mad Men" episode ever?

Click through the slideshow below to see which ones they chose and why. And share your own favorite episodes in the comments! 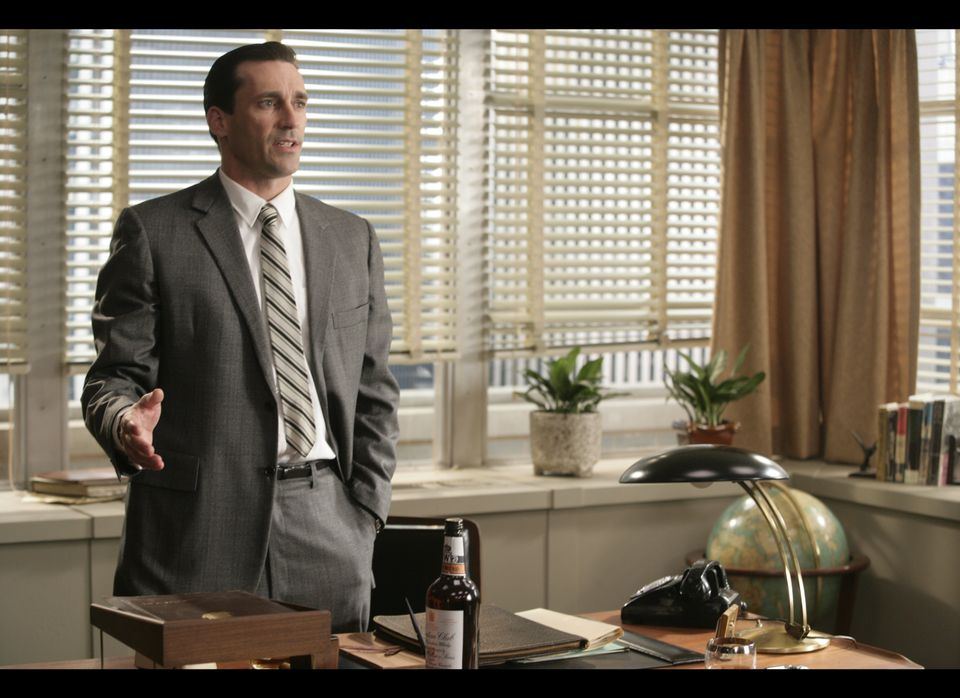 1 / 11
Jon Hamm (Don Draper)
"My favorite episode is still the pilot ['Smoke Gets In Your Eyes']. It was just such an amazing experience, and the first step in this incredible journey. But I've never ever worked on something and felt the way I felt after we shot the episode in Season 4 called 'The Suitcase' [Episode 7]. That one ... I can't even put it into words, but that one over there [pointing to Elisabeth Moss] is so talented and it was such a lovely performance. It was really just great to be able to say those words next to that person."
AMC