The girls will have to submit to "virginity inspections" twice a year to hold on to their scholarships.

Activists and officials in South Africa have slammed the program as regressive and misogynistic, and the Commission on Gender Equality is leading an investigation to shut it down.

"The program is sexist, it discriminates and it's against the founding provisions of our constitution," Javu Baloyi of CGE told The Huffington Post. "It puts girls at risk of being abused or alienating them due to their status."

The scholarship has been dubbed the "maiden bursary," and has been staunchly defended by Uthukela Mayor Dudu Maziboko. She says the scholarship will help girls to keep themselves "pure" and focus on their studies, and went on South African radio to say that she would consider girls who have been raped for the scholarships.

The country's Democratic Alliance party filed a complaint that the "invasive practice strips young women of their dignity, freedom of privacy and choice, and instills in them a fear of being ostracized and embarrassed for their personal choices, or unfortunate circumstances such as rape."

CGE is currently in talks with Mayor Maziboko and is in the middle of an investigating the constitutionality of the program. Baloyi could not comment further, since the investigation is already underway.

Virginity testing involves the examination of a girl’s vagina and hymen to determine whether the girl has had intercourse. Not all virgins have intact hymens, so the test is inaccurate at best, and of course, boys cannot be tested for virginity.

Maziboko claims that virginity testing has been part of Zulu culture for decades so it's acceptable to include it in the scholarship program. Testing became particularly prominent in the 1990s when King Goodwill Zwelithini launched the tradition of a "reed dance" performed by virgins, to promote abstinence during the HIV/AIDS epidemic. But the tests have done little to cut rates of HIV infection and teenage pregnancy. South Africa currently has 6.3 million people who are HIV positive -- the most in the world -- and the KwaZulu-Natal district has the highest HIV prevalence in the country.

A South African activist, Jennifer Thorpe, argued in the Mail & Guardian that discouraging women from sex would do little to fight HIV, and would stifle important conversations around safe sex, consent and treatment.

"What is needed is dialogue, information and the provision of free contraception. This would be a more strategic line of policy for the municipality to pursue," she wrote.

PHOTO GALLERY
Sketches Of HIV In The Central African Republic
Download
Calling all HuffPost superfans!
Sign up for membership to become a founding member and help shape HuffPost's next chapter
Join HuffPost

South Africa Is Giving Scholarships To Virgins. Here’s Who’s Fighting It
Sketches Of HIV In The Central African Republic 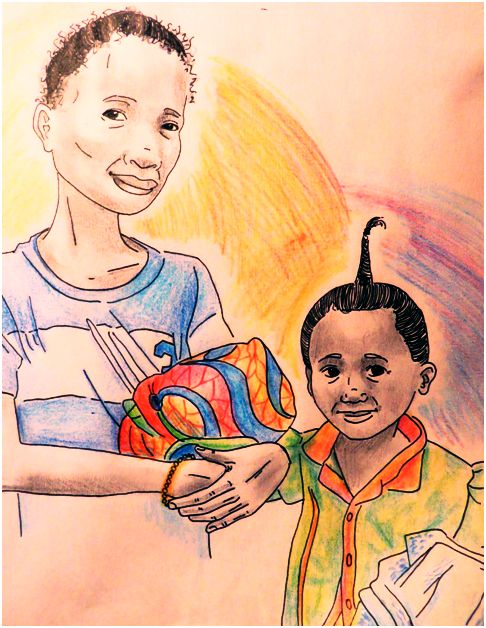 1 / 5
Marie
Marie was one of the first patients I met. While in Mboki, a community about 78&nbsp;miles away from Zemio, one of our HIV nurses and I went looking for her specifically because he was worried. And with good reason -- this&nbsp;young lady in her mid-20s couldn&rsquo;t have weighed more than 90 pounds. Her cheekbones, ribs and elbows looked ready to pierce through her taut, dusky skin.<br><br>We took her back to Zemio and she stayed&nbsp;with us off and on for several months. Her relatives in Zemio refused to accept her in their home because she was HIV-positive and not a close enough relative,&nbsp;so she stayed with us instead. She was always accompanied by her bright, energetic daughter, who was always ready to lend her mom a helping hand.
Diana Johnson