The last Monday of February, 2014, was indeed historic for Malibu, Calif., because the Malibu City Council proclaimed that all cetaceans (whales and dolphins) that pass its shoreline have the right to life. Malibu is the first American city to protect cetaceans! 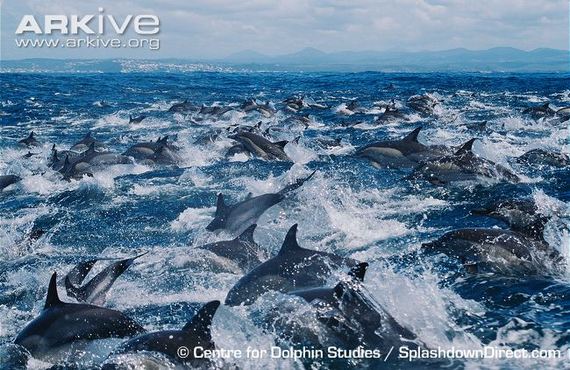 This superpod of Bottlenose dolphins spotted off the coast of San Diego was 7 miles long and 5 miles wide. Photo credit: Center for Dolphin Studies.

Once upon a time, tens of millions of dolphins and whales roamed the oceans in freedom. In fact, superpods in excess of 100,000 Bottlenose dolphins were common, unlike today.

Take a moment to watch this incredible superpod spectacle.

We know that the filter feeding whales like the majestic Fin's, Blue's and Humpback's fertilize the ocean with their flocculent fecal plumes, promoting phytoplankton, which, in turn enhances the abundance and diversity of fisheries. Toothed whales like the colossal Sperm's and dolphins like Orcas and Bottlenose keep diseases from become epidemics by culling the weak, sick and old from populations of their prey.

Malibu's proclamation protecting the cetaceans sends a loud and clear message across the Pacific to the Japanese ocean-killers in Taiji and the Antarctica's International Whale Sanctuary that Californians and millions of other people from around the globe vehemently object to slaughtering and/or enslaving, for human amusement, these magnificent sentient creatures, which only display kindness towards humans. 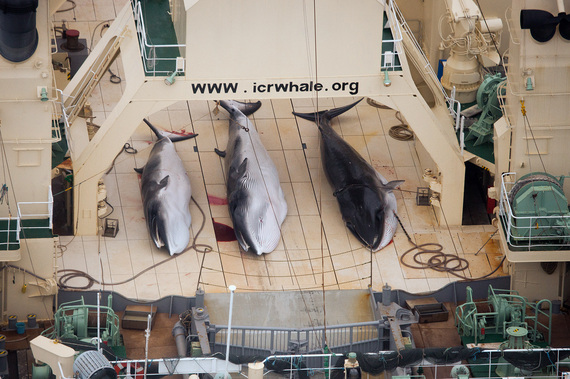 Malibu joins the country of India that last year outlawed the capture of all cetaceans to establish commercial entertainment (dolphinariums) for private or public exhibit. In addition, Romanian MP Remus Cermea drafted a law to designate nonhuman personhood status for dolphins in that country. 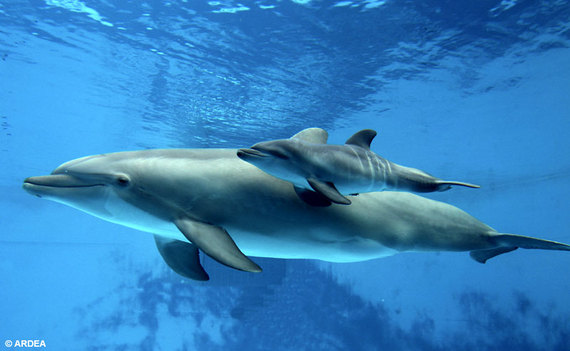 Dolphins are now considered non-humans in India with rights to a free life. Photo credit: Ardea.

Did you know that dolphins are innovative when faced with a new scenario or situation? This goes beyond genetic programming of behavior. Innovation allows rapid assessment of a new situation and reactions to it. Dolphins clearly understand gestures, similar to sign language that chimpanzees are also able to learn. Humans and dolphins appear to be the only known animals to spontaneously interpret images on a screen without prior teaching. Dolphins are capable of highly flexible behavior, and therefore are considered intelligent.

Are you aware that cetaceans, just like people, simply enjoy having fun? Southern Right whales raise their flukes (tails) above the water at a right angle to the wind and use them as sails -- allowing them to be blown along by the wind, often swimming back to the staring point and doing it, again. Dusky dolphins sometimes after a big Anchovy meal will locate an unlucky gull sitting on the ocean surface, digesting or preening, they sneak-up underneath, grab the birds leg and pull them three feet under water, opening their jaw and letting them go, the distraught bird floats to the surface like a bobbing cork, agitated it quickly takes to the air, while the devious Dusky leisurely swims away. 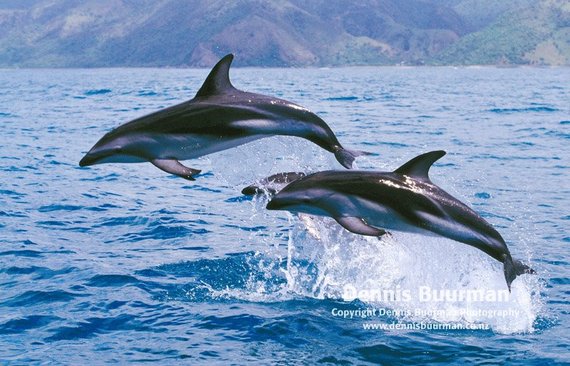 Dusky dolphins are phenomenal spinners, guaranteed to bring a smile, ear to ear, across your face. Photo credit: Dennis Buurman.

Whales, by the way, have been helping scientists determine a massive hole in the Northern Hemisphere ozone layer, measuring the Arctic Ocean warming faster than even computer models predicted and sadly exhibiting the effects of the long-lasting toxicity from BPs 2010 Deepwater Horizon blowout in the Gulf of Mexico.

I told MSNBCs host Ed Shultz that, "The solution to pollution is not dilution."


Marine scientists have recently reported some of these residual effects in Bottlenose dolphins from Louisiana's Barataria Bay that are now suffering lung diseases, adrenal problems, very low red blood cell counts and pneumonia. They have never witness Bottelnose this sick from poisons before. Moreover, last year Ocean Alliance and Sea Shepherd reported that the Sperm whales from the Gulf of Mexico contained higher levels of nickel and chromium than Sperms in any other seas.

It is an ominous sign when the doctors of the sea -- the dolphins and whales -- are ill. We cannot continue to plunder and pollute the oceans any longer. It's time for all nations to grant amnesty to the cetaceans because as Sam Simon the co-creator of The Simpson's says, "To save the whales is to save the seas, and to save the seas is to save humanity." 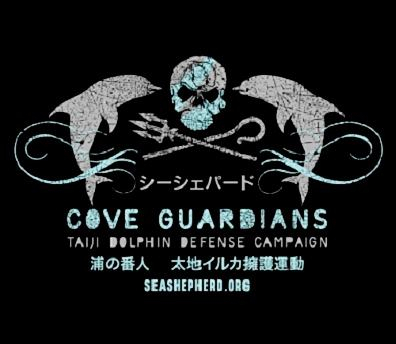 Do not ever purchase tickets for dolphinariums. And please support the Sea Shepherd Cove Guardians and Operation Infinite Patience as they bear witness to the atrocities in Taiji, Japan and report it to the world.

Earth Dr Reese Halter is a broadcaster, biologist, educator and author of The Insatiable Bark Beetle.