When Sergio Valdez saw his 1000-pound client, Marya Rosales, in bed for the first time, he almost mistook some of her folds of fat for pillows.

"We've all seen obese, heavyset people. You have not seen obesity at this level," Valdez said in "Half-Ton Killer?" a TLC special airing Oct. 10 about Rosales, a woman bedridden from obesity, who claimed she accidently crushed and killed her two-year-old nephew.

Rosales reportedly weighs nearly 1,100 pounds, enough to qualify her as one of the world's fattest women, but Valdez says even knowing she weighs more than five average men, doesn't prepare anyone for her sheer massiveness.

"When you first walk in, she's got a blanket covering her; there's pillows all around her and so you don't know whether it's pillows or whether it's her," he said. "If you reach back in again, you think this is all pillows. You make a circle and [you realize] that it's Mayra."

In 2008, Rosales first claimed she killed her 2-year-old nephew Eliseo Jr. when she accidentally rolled over and crushed him under her 1,100 pound frame, but Valdez knew something else was going on.

In the special, Rosales now says she saw her sister use a brush to hit Eliseo repeatedly on his arms, legs and head, and Valdez said she took the blame so that her sister's other kids would still have a mom.

Valdez said that Rosales' excuse collapsed under her own massive weight, especially after doctors determined the child's cause of death came from being hit, not from being smothered.

"We knew something was wrong from the very beginning," Valdez noted in the show. "We said, we're going to have you reenact [how you killed the child] and you can show us."

See photos of Rosales below. WARNING: some images are graphic. 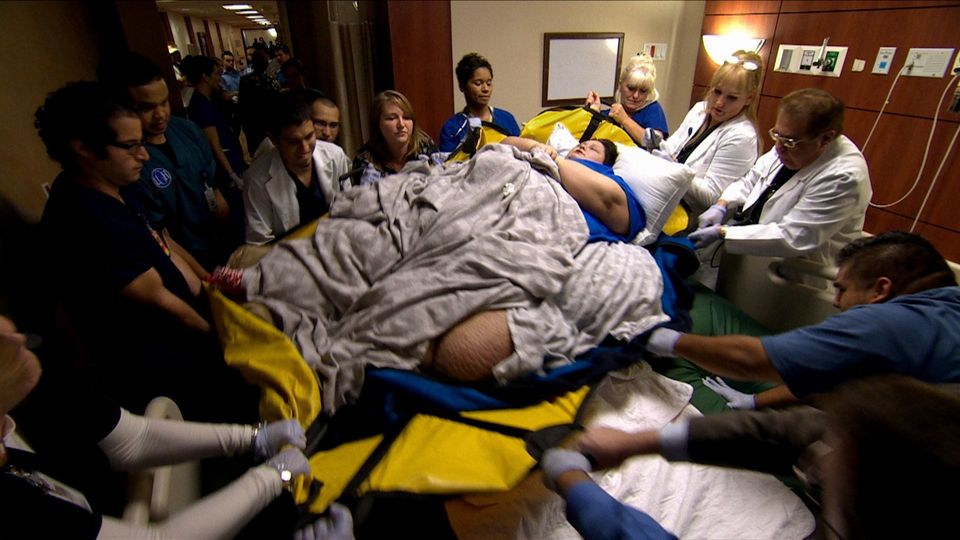