McDonald's CEO Don Thompson appears to disagree with many policy experts and even some of his employees about one thing: He doesn't exploit his workers.

McDonald's has "always been an above-minimum wage employer," Thompson said Wednesday in an interview on Bloomberg Television's "In The Loop."

"We're about providing opportunity," Thompson said. "When we can help people to be able to have viable income, we're going to continue to do that and we are going to provide opportunities so that a person can rise through the system and gain greater and greater wealth."

So how much does the average McDonald's worker make? The problem is the company has never been transparent about its wages, National Employment Law Project Policy Analyst Jack Temple said in an interview with The Huffington Post.

We can examine overall wages in the fast-food industry to get a sense for what McDonald's pays. The median hourly wage for fast-food cooks, cashiers, and other crew members is $8.94 per hour, according to recent NELP projections. That's more than the current federal minimum wage of $7.25 an hour. However Temple said the median wage for the entire fast-food industry would be much higher if McDonald's actually paid its entry-level employees more than the minimum wage as it claims.

Thompson's interview come in the wake of controversy surrounding an online budgeting tool for McDonald's employees that many said proved the fast-food giant pays its entry-level workers too little. The budget assumed that employees would need to get a second job just to earn a little more than $24,500 per year. The tool also left out essential expenses like food, water and clothing.

McDonald's did not respond immediately to a request for comment by HuffPost.

Here is a picture of the budget in question: 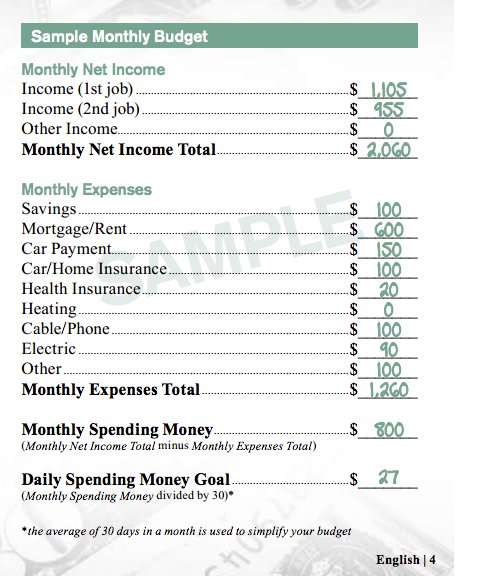 Since the McDonald's budget made headlines, some McDonald's workers came forward to show how their spending measured up to McDonald's sample. A majority of the workers' annual incomes totaled up to roughly the equivalent of the federal minimum wage or lower.

Thompson called the arguments against the McBudget "interesting," but said it was meant to be nothing more than a way to help employees plan out their finances.

Thompson's comments also comes on the four year anniversary of the last time the federal minimum wage was increased. If President Barack Obama does not act, he stands to be the first president since Ronald Reagan not to raise the minimum wage.