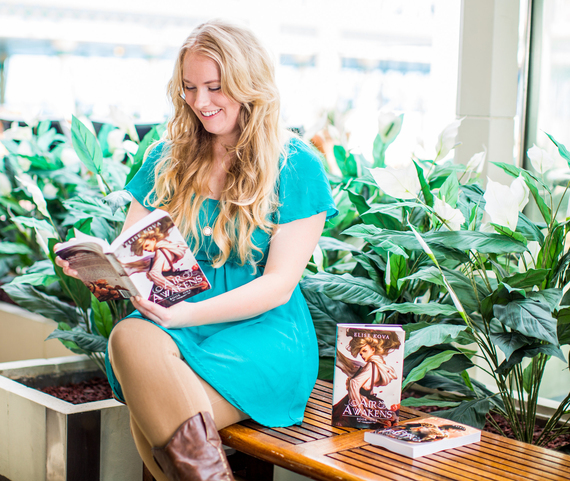 Independent authors are responsible for several aspects of their career. From interacting with fans to promoting new books, indie authors work as hard as they can to establish their presence in the writing community. A notable paradigm is Elise Kova, author of the Air Awakens series.

Kova developed a deep love for reading, books, and fantasy from a young age. Her parents read to her from a young age and reading eventually progressed into telling stories. Kova made dozens of "books" during her elementary school years that helped her tell her own tales.

In junior high, she gave up the idea of being an author and focused on other goals and aspects of her life. When she lived in Japan, a friend sparked her old love of writing and Kova finally put pen to paper. She began writing on forums, not once thinking that she was doing it for the sole reason of being published. A year and five books later, Kova found that her work had been read by a few thousand readers. Some began asking her, "What's next for the Air Awakens world?" She began editing her books for publication, queried agents, faced rejection, and decided it would be best to self-publish her work.

"I never sat down planning to be an author, not even when I began Air Awakens. I wanted to have fun telling a story that I hoped other people would get enjoyment out of. Now, it seems like a natural progression for how I got from there to here. But, along the way, it was far less clear," she says about her journey. 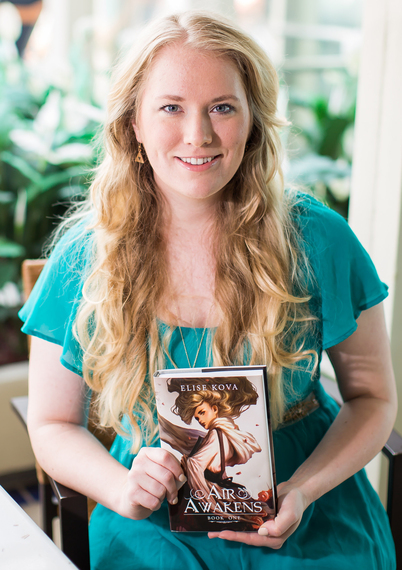 Her characters are combinations of traits of people she knows personally and traits that fit given the character's background. "It's a weird miss-match of inspiration that I think results in [what I hope] are characters that feel natural, human, flawed, and real. For example, I was originally inspired to have two princes in my series by Marvel's Thor and Loki [from the films], but they evolved into quite different characters as I began to give them their own stories, personality, and quirks," she explains.

Kova usually allows her writing process to take a form of its own. She usually begins working with characters, hoping to solidify their backgrounds and personalities and mold them into characters that readers can feel for. At the same time, she plots out the skeleton of her plots and then begins drafting and editing before passing on her work to some beta readers.

"As I begin to develop the characters they connect with each other in past events. So if someone is a veteran of a war (for example) I ask, "Where were the other characters when that war happened? What were they doing?" It spirals outward until I have a world and fleshed-out characters with it." --Elise Kova

Her inspirations range from J.K. Rowling to Sarah J. Maas and George R.R. Martin, but her favorite book series is Harry Potter. "My favorite book in the Harry Potter series was Goblet of Fire. I really loved the Triwizard Tournament."

Q: Would you say you're similar to Vhalla (the main character from Air Awakens) in any way?
A: I don't really base my characters off of people, but there are traits of characters taken from myself or those around me. One such trait of Vhalla's is how when she gets worried or is engrossed in something she forgets to eat. I've been known to go way too long without eating when I get wrapped up in something. I just don't want to stop for anything!

Kova has two things she says that she always wants to express to anyone involved with her writing and books: thank you and never give up.

"To everyone who's read my work, even just taken a chance on it, thank you. I would not be where I am today without you. Without the encouragement of my Fictionpress readers I may have lost faith in my story. To my mentors, my betas, my editor, cover artist, distributor, I've had so much help along the way and I am so, so thankful for it. If I wanted to just write for myself I'd keep a journal. This story is for all of you, so thank you for coming with me on my journey.

To all the aspiring authors out there, of any age, never give up. Find a story that you want to share more than anything and write that story. Don't stop, don't worry about the "right" or "wrong" way, as long as you aren't hurting yourself or anyone else, do whatever it takes to get black on white. You are in control of your own destiny, you manage your own fate, don't let others define success for you. Air Awakens was rejected by over a hundred literary agents and now thousands of people have read it; it even reached Amazon Bestseller lists! You never know what tomorrow will hold, don't give up reaching for your dreams," she says. 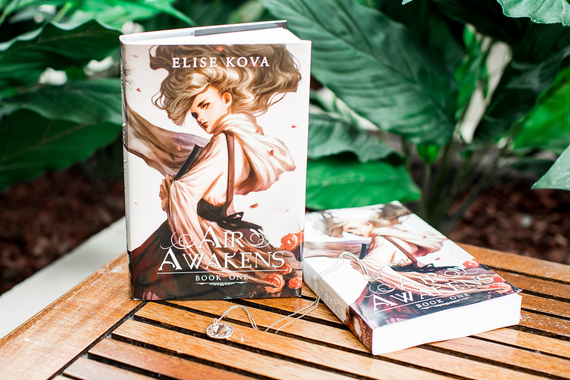