In the 1960s, the "Minnesota Iceman" was paraded from mall to fairground, leaving rumors of Bigfoot, missing links and government conspiracy in its wake.

Then, just as quickly as the 6-foot-tall frozen beast surfaced, it vanished -- until now.

Earlier this year, Steve Busti -- owner of the Museum of the Weird in Austin, Texas -- bought the ice man from the family of its original owner in Minnesota. He's going to once again reveal the ape-like creature to the world starting July 3 at his museum.

Before his big purchase, Busti spent the last two years researching the Minnesota Iceman and trying to pin down its location. He found that the original exhibitor, Frank Hansen, had it in a freezer at his home for decades after its last showing. It's still unclear why the big, hairy popsicle's tour abruptly ended.

Somehow, Hansen managed to keep Mr. Freeze out of the public eye until he died about 10 years ago. Busti also learned that rumors of the Minnesota Iceman being discovered in Siberia were untrue.

"[Hansen] shot it in Wisconsin -- its eyeball's blown out and its arm is broken," Busti told HuffPost Weird News. "I couldn't believe it had been in Minnesota the entire time."

Hansen froze the remains and put them on display. What's not explained, however, is what the Minnesota Iceman really is. It's big. Hair covers its entire body. And it doesn't look too happy. It's easy to see why many continue to think it's proof of Bigfoot, and why others think it's simply a primate. From Wisconsin.

Below are two never-before-seen photos from Hansen's collection in the late 60s. Busti wouldn't show us photos of the Minnesota Iceman in its current state. You'll have to head to Texas to see for yourself. 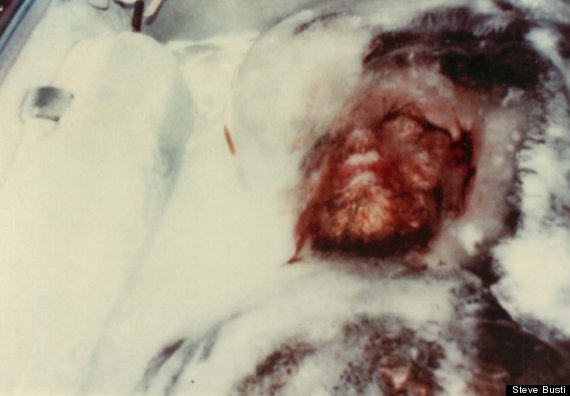 A never-before-seen color photo of the Minnesota Iceman's face from the 60s. 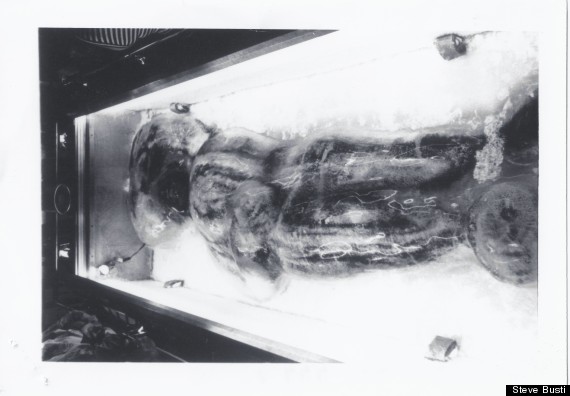