CAIRO, June 4 (Reuters) - Former Egyptian president Hosni Mubarak will face a second and final retrial over the killing of protesters during the 2011 uprising which forced him from power, the high court said on Thursday

The judge accepted the public prosecution's appeal against an earlier court ruling that dropped the case against Mubarak.

Mubarak, who ruled Egypt with an iron first for three decades, has already spent at least three years in prison for other cases.

The judge said the retrial, based on charges against him of conspiring to kill protesters during the 2011 Arab Spring uprising centered around Cairo's Tahrir Square, would begin on Nov. 5.

Last month an Egyptian court sentenced the former ruler and his two sons to three years in jail without parole in the retrial of a corruption case. (Reporting by Mahmoud Mourad and Omar Fahmy; Writing by Yara Bayoumy, Editing by Angus MacSWwan) 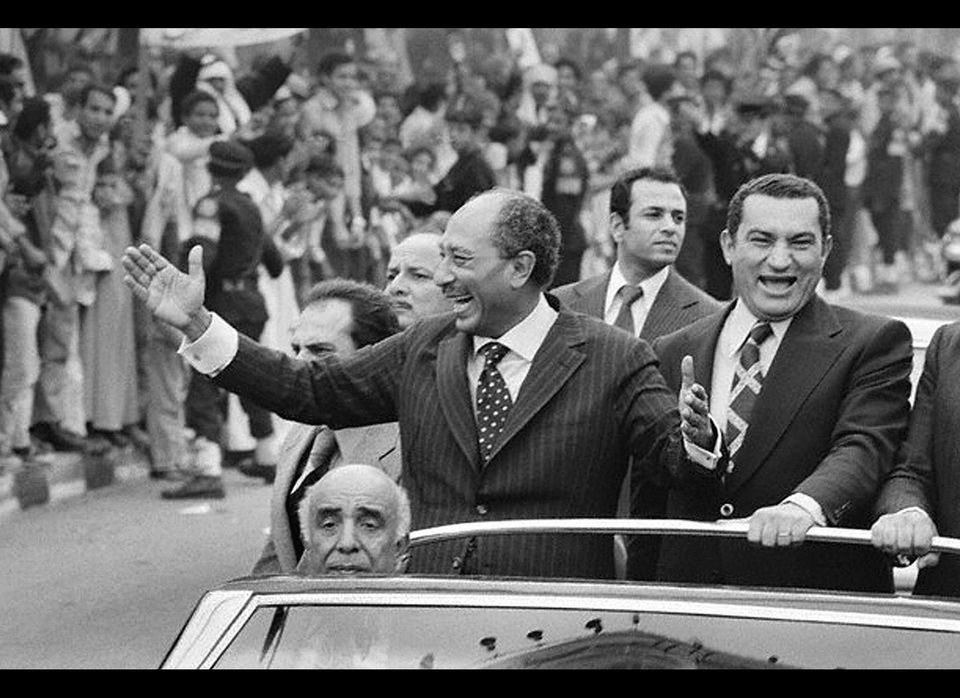 1 / 6
Emergency Law
Mubarak came into power after Egyptian President Anwar Sadat (left) was assassinated in 1981. Throughout his career, Mubarak came under criticism for extending the country's Emergency Law. Under the law, the government had the right to imprison individuals for any period of time - often for virtually no reason - and might keep them in prisons without trials for any period of time.
Getty File