Looking like Jesus turned out to be a cross to bear for Nathan Grindal, whose resemblance to the King of Kings caused him to be kicked out of a darts tournament in Somerset, Great Britain.

Grindal, 33, who has long hair and a full beard he started growing four months ago, was sitting in the crowd at the tournament when some nearby spectators began to chant, "Jesus! Jesus!" during the final match between Phil Taylor and Kim Huybrechts, ABC News reported.

Others joined in the chant, until most of the 4,500 people in the arena were chanting the Almighty's name.

It got so raucous that security staff decided to remove Grindal, fearing his presence was upsetting the concentration of the players, as well as hurting the enjoyment of the viewers at home, ThisIsSomerset.co.uk reported.

As might be expected, the experience left Grindal, a laborer by trade, quite cross.

“It was distressing. I was emotionally distraught," he said, according to the Global Dispatch. "The crowd were bullying me and picking on me. It would have been OK if security hadn’t made a fuss getting me out. In his post-match interview, Phil Taylor said something like, ‘If I ever see Jesus again, I’ll crucify him myself.’ Now that’s just hurtful.”

Taylor won the match, but Huybrechts, the runner-up, showed more grace in defeat, making a point of signing Grindal's program with the words: “To Jesus. Hard luck mate,” the Mirror reported.

The experience has left Grindal a little skittish about attending future tournaments.

"I love darts, but I'm worried about ever going to see it live again, just in case the crowd turns on me like they did last time," he said, according to the Daily Mail.

Meanwhile, Dave Allen, spokesman for the Professional Darts Corporation, told the paper that Grindal was ejected to prevent his presence becoming a nuisance to the players. 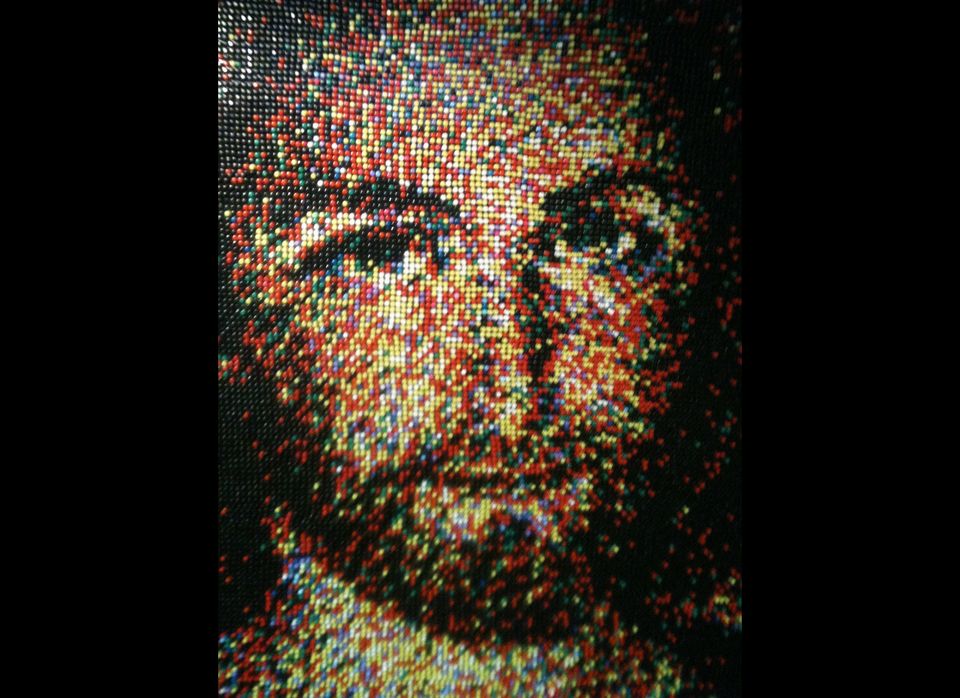