Wallenda, a seventh-generation performer, first walked across the Chicago River on a rope strung between the Marina City west tower and the Leo Burnett Building in Chicago. Starting at a height of 588 feet, Wallenda strode upward at a 19-degree angle, rising 83 feet and setting the record for the steepest tightrope walk.

Did you see @NikWallenda's walk over Chicago?! INSANITY! We've got a recap on @abc15 at 10! pic.twitter.com/8QjUHRJgEw

Wallenda said after the walk that he had been planning to take a selfie halfway across, and even showed off his phone which was on a retractable cord in case he dropped it. But he thought better of it once out on the rope and settled for a post-walk selfie with NBC's Natalie Morales, one of the hosts of the Discovery special.

In case you missed it here's that selfie with @NikWallenda after completing the first walk. @SkyscraperLive pic.twitter.com/BhFGMpMk7L

Wallenda's second walk was from the Marina City west tower to the east one at a height of 543 feet, but with a catch: he was blindfolded. That set the record for highest blindfoldeded walk.

What a way to walk in Chicago! Congrats #NikWallenda! pic.twitter.com/IcRqIzcfO0

Wallenda was wearing a microphone and spoke calmly during the walks. A born-again Christian, Wallenda repeatedly thanked God as he completed the stunts. He also briefly paused to listen to the cheers from the crowds.

"Listen to that roar," he said, while balanced on the 3/4-inch tightrope. "I love Chicago and Chicago definitely loves me."

HOLY S***: heard over & over on media deck for @NikWallenda walk over Chicago. @cbschicago pic.twitter.com/h2SrjbyHLc

Wallenda, who wore a red Discovery jacket with a Chicago flag patch sewn into the front left breast, wasn't wearing a harness and had no safety net beneath him. He said that in case of trouble, he would cling to the rope and wait for rescue.

The Chicago Tribune reports that Wallenda practices falling and grabbing the rope on his tightrope at home, and can hold on for about 20 minutes -- more than enough time for rescue, as his crew would have been able to reach him within 90 seconds.

Discovery had a 10-second delay built into the broadcast in case of tragedy.

A post shared by CultureBlkChi (@cultureofblackchicago) on Nov 2, 2014 at 3:45pm PST

Guinness World Records officials were on hand to present Wallenda with his certificates after the walks.

Wallenda has previously walked on a tightrope over the Grand Canyon and Niagara Falls.

Part of the "Flying Wallendas," the daredevil comes from a long line of tightrope walkers. However, tragedy struck the clan in 1978 when Karl Wallenda, Nik's great-grandfather, fell to his death during a tightrope walk in Puerto Rico. He was 73.

Wallenda and his mother, Delilah Wallenda, went to Puerto Rico in 2011 and completed the walk. 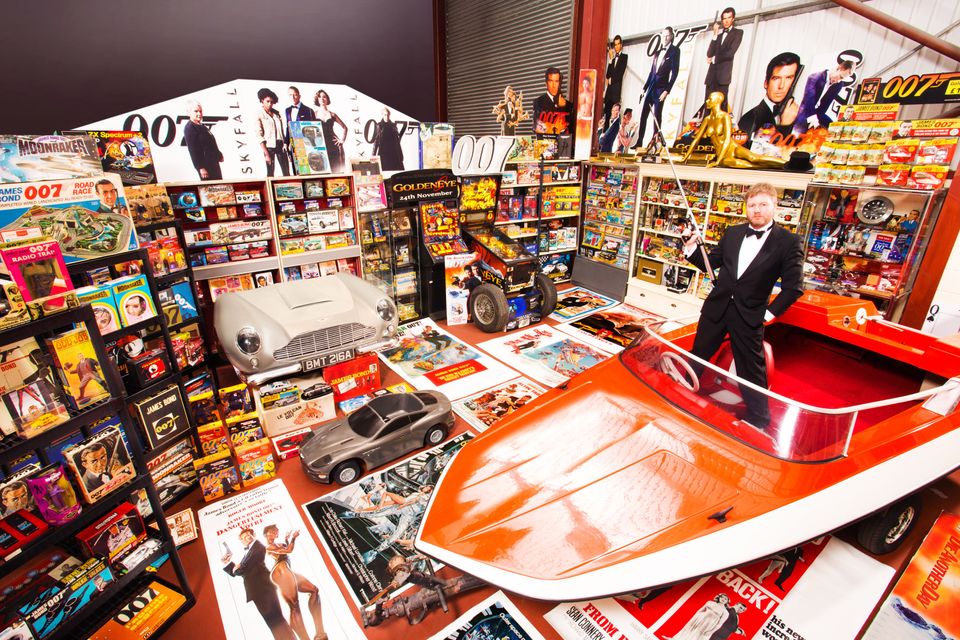 1 / 10
Nick Bennett - Largest Collection of James Bond Memorabilia
47-year-old Nick Bennett from Leigh in Lancashire, UK, has secured his place in the Guinness World Records book for having the Largest Collection James Bond Memorabilia, a staggering 12, 463 items at last count! Since seeing his first James Bond film at 7 years of age Nick has had a fascination with the Bond franchise. However, it was only upon the release of the film ‘Goldeneye’, aged 28, that he actively began to collect memorabilia. Like a villain out of the Bond stories, Nick has a “secret lair” where he houses his collection – away from prying eyes and the constant discussion of his friends. On making it into the Guinness World Records book he says “It’s a dream come true. As a child I read the book from cover to cover and I cannot believe that I will actually be in this year’s book as an official record holder - pinch me!”