The Persian New Year is called Norooz (also Nowruz, Nawroz, among other spellings) and marks the first day of spring. It's also the Baha'i New Year, but the holiday is celebrated by Iranians of all religions.

History
Norooz celebrates renewal and rebirth, symbolized by the coming of spring. It is partly rooted in the Zoroastrian tradition, but is an ancient holiday that was celebrated thousands of years ago. Now, it is also an important Iranian cultural holiday that spans many religious traditions. The word Nowruz is a compound word that blends together the Persian words "now" which means "new," and "roz" which means "day."

Dates
In 2014, Norooz will begin on March 20 at 8:27 p.m. local time in Tehran, according to Farsinet. The exact moment of the new year is called Tahvil. Norooz lasts 12 days in Iran. It coincides with the vernal equinox, so its date in the Gregorian calendar changes every year.

Traditions
On the last Wednesday of the old year, the night of Chahar Shanbe Suri is celebrated in order to symbolically get rid of all the misfortunes and bad luck of the past year. People light small bonfires and jump over the flames, shouting "Zardie man az to, sorkhie to az man," which means, "May my sickly pallor be yours and your red glow be mine." It is also acceptable to simply light a flame and shout the phrase.

A traditional ceremonial table display is set up called the sofreh-ye haft-sinn ("cloth of seven dishes"). Behrooz Far and his wife Nava explained to interfaith activist Rothwell Polk, "The haft-sinn table is set with the Kitab-i-Aqdas, our Holy Book, flowers, a bowl of goldfish, a mirror, candles and painted eggs and seven traditional foods each starting with the letter 's' in Persian." This table remains in the family home for thirteen days after the start of the holiday.

The seven traditional foods are:

A traditional dinner for Norooz is Sabzi Polo Mahi, a rice dish with whitefish and green herbs like parsley, coriander, chives, dill, and fenugreek, explains Polk.

After thirteen days, Sizdeh Bedar is celebrated, which literally means "getting rid of the thirteenth." Families throw green sprouts into rivers or lakes to symbolize the plant's return to nature and conclude the festivities until the next year. 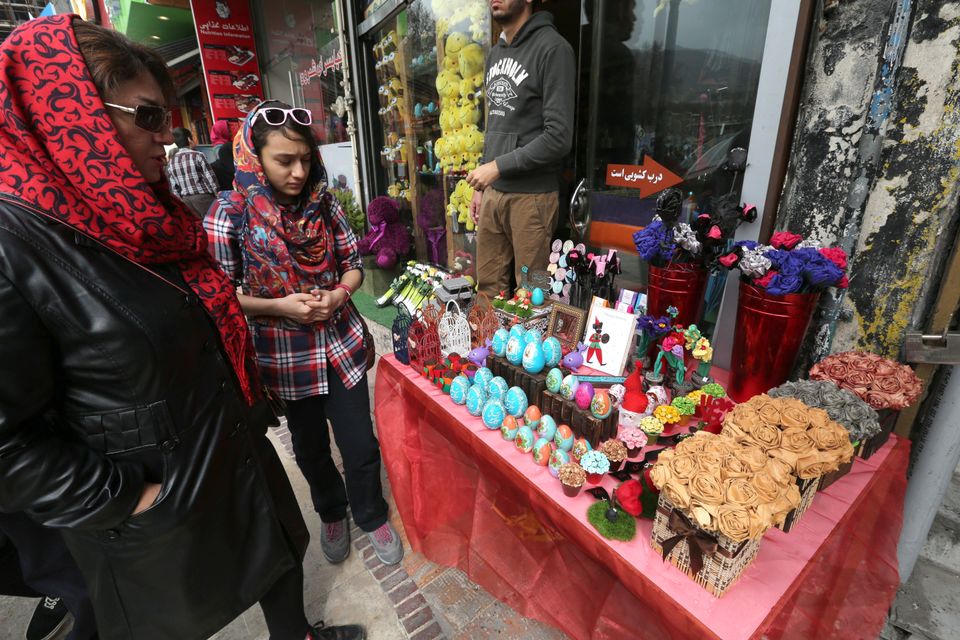