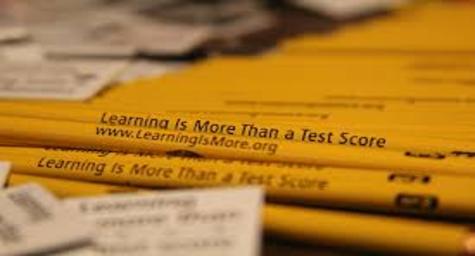 In July 2015, both House and Senate passed versions of the proposed reauthorization of the Elementary and Secondary Education Act of 1965 (ESEA). The current version of ESEA -- eight years overdue for reauthorization -- is the defunct No Child Left Behind of 2001 (NCLB). The proposed ESEA revision from the House, the Student Success Act (SSA), includes a blanket provision for parents to opt their children out of the annual tests that remain a part of SSA.

The proposed ESEA revision from the Senate, the Every Child Achieves Act of 2015 (ECAA), includes language that allows for states to set their own opt-out policies regarding the annual testing that remains a part of ECAA. In fact, the language implies, "Don't blame the federal government for state opt-out policy."

In reporting on SSA, ECAA, and opting out of federally-mandated annual testing, I have heard from individuals who are concerned that if it were up to the state, there would be no opt-out provision for the federal tests. Their concern is centered on the ECAA opt-out language and what might happen regarding federal sanctions if the state "guarantees" the federal government a 95 percent participation rate in federally-mandated annual testing without any conditions to account for opt-outs.

I have noted that the state officials who try to force the public into not opting out by not providing for the possibility only set themselves up for federal sanctions that might have been avoided if the states included an opt-out provision as part of their future ESEA application for Title I funding. (Annual testing is part of Title I, which is the big money of ESEA.)

However, I now think that if the House and Senate conference committee whose task it will be to merge SSA and ECAA into a single bill decide against the SSA blanket opt-out and go with the state-level opt-out provision in ECAA, the federal government will not sanction states, regardless of state-level opting out.

In other words, if according to the future ESEA revision, states are supposed to set their own opt-out policy and include as much in the future ESEA Title I funding application, and if a state includes no opt-out provision in its future ESEA application yet dips below the 95 percent of students completing federally-mandated annual tests, the federal government is not likely to strong-arm states with federal sanctions.

I believe the federal government knows it has gone too far in strong-arming states via conditions attached to federal tests. For example, both the SSA and ECAA revisions include language to limit the role of the US secretary of education. The current US secretary, Arne Duncan, has actively promoted and defended Common Core and its annual tests; with the backing of President Obama, Duncan has lured states into adopting Common Core sight unseen with the lure of Race to the Top (RTTT) funds; he has paid for two Common Core testing consortia, PARCC and Smarter Balanced; he has made it a condition of states' RTTT funding to use student standardized tests to evaluate teachers, and via his NCLB "waivers," he has cornered states into agreeing to institute Common Core and its associated annual tests as well as testing teachers using test results as a condition for avoiding having the almost all schools in all states declared "failing" according to NCLB.

So, the fact that major news outlets such as the Washington Post and New York Times are doing their best to chastise those who support opting out of standardized tests is not enough to conceal what is obviously a federal blunder to make annual testing the end-all, be-all of American public education.

In its August 15, 2015, editorial, the New York Times points to possible federal penalties for New York State's failure to test 95 percent of its students. It also notes that parents' opting out of tests "could damage educational reform... and undermine the Common Core standards...."

Aww, that would be terrible.

And as it turns out, the astounding opt-out in New York has called the federal hand regarding federally delivered opt-out consequences.

The feds backed off. Moreover, it turns out that they did so "a couple of weeks ago," according to New York Board of Regents Chancellor Merryl Tisch, who apparently decided to keep the news to herself for a while. Tisch said that the feds told New York that it would leave any funding sanctions up to state officials.

The feds did not want to be left holding the "sanctions" bag. As it turns out neither does the State of New York.

It seems that the plan in New York is for state officials to put the squeeze on superintendents and principals to encourage participation in future annual tests- and to not encourage opting out. But the opt-out movement is not driven by superintendents and principals. It is driven by parents who are tired of the toll that test-centric education is taking on their children, including the artificially branding of their children as failures and the state's allegiance to this branding.

In their August 17, 2015, op-ed, the Washington Post editorial board praised Common Core as originating with states. However, that same editorial maintains that without federally-mandated annual testing, the school districts in those states could "hide their failure to educate poor and minority students and those with learning challenges." In short, the Washington Post wants all students to test because it believes that without comparison of test scores, there can be no evidence that poor and minority students are receiving an education.

But here is the catch: Even if the test scores of poor and minority students rise at a faster rate than those of white students, it is not evidence of a quality education, and it is not evidence of genuine learning. Those poor and minority students might well be receiving nothing more than a higher-concentrated form of "test-prep-education" than their white counterparts.

None of the pro-testing pushers of "gap-closure" are apparently focusing any notable energy on the quality of education that poor and minority students are receiving- and what must fall by the wayside in order to push and push for ever-higher, gap-closing test scores for children of color.

Also, it is a skewed view to believe that learning gains must be gauged only in relative terms. It is foolish to maintain that the educational quality of any children could be principally captured by standardized tests in only two subjects, and that the only way to understand the test results is by comparison.

I suppose it will require the likes of the Washington Post editorial board to exercise some of that higher-order thinking it insists only comes about via politically-hyped Common Core to come around to the reality that norm-referencing has a counterpart in criterion referencing. The language is familiar: "setting the bar." If an outcome is determined to be satisfactory, it is satisfactory no matter who takes the test (or who doesn't). Now, I realize this absolutely rains out the gap-focused festivities, but the truth is, if parents want to opt their children into testing, it need not matter that other parents have chosen to opt out.

The problem with setting that "bar" is the high-stakes outcomes associated with the bar. There is nothing objective about setting the bar (i.e. cut scores for some determined "proficiency). It is a subjective decision, and the potential consequences of such bar-setting need to be carefully considered, especially in the current climate of the overuse and abuse of standardized tests.

However, the reality is that opting out of federally-mandated testing is not going away and likely will only continue to gain momentum across years as increasingly more children are branded American public school failures.

Test-centered American public education has had its day, and based upon the growing appeal to parents of opting their children out of mandated tests, that day has more than passed.

There was no opt-out movement throughout the heyday of test-and-punish NCLB, but there certainly is one now.

Federal and state officials need to take the hint as they formulate a non-test-centered Plan B.