Quirks, kicks and color abound in this year's edition of NADA New York, located at Pier 36 on the Lower East Side. These were our highlights of the fair.

Identity can be a messy thing, especially for the 'Snapchat' generation. Young people perform, aestheticize and document their lives more than ever before. Technology is not only high-tech, but hand held and ubiquitous. Yet, this freedom in being able to manipulate the projection of one's self has its consequences in unrealistic expectations and heightened competition, to name a few. American Medium offers a slick and diverse presentation of how complicated this territory can truly be. 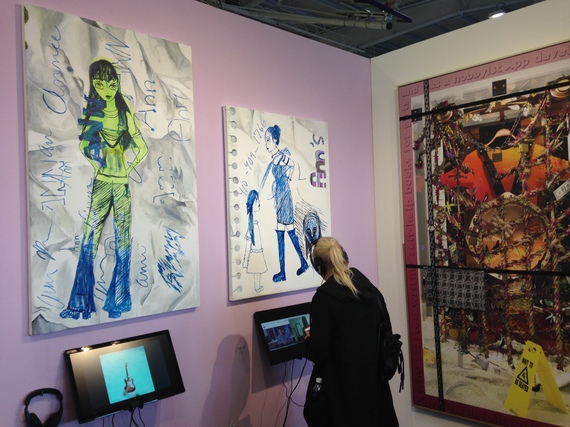 Sometimes, sculpture likes to flirt with tradition. In other and perhaps more recent times, it likes to run in the opposite direction. Now go ahead and induct yourself into the 21st century by catching sight one of the absolutely bizarre creatures, I mean sculptures, at The Landing's booth near the back of the fair. These objects not only perform sexual or surgical acts on one another, they glow with what is clearly the artists' pure enjoyment of figure, form and fun. 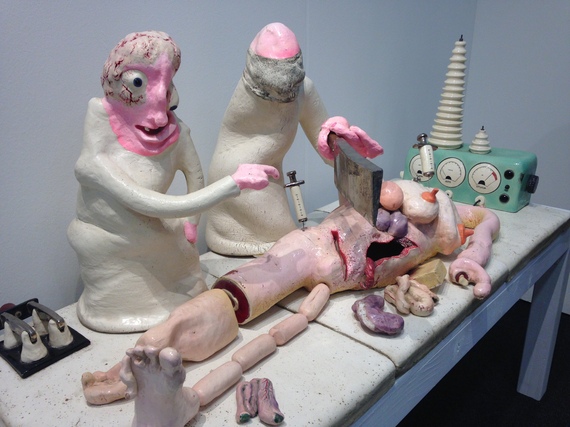 In a moment of calm, or so we think, Jack Hanley Gallery presents a charming presentation of Heidi Hahn paintings. Imagine a Munch without the gloom. Her figures are similarly introspective as the Norwegian master's but also have a decorative, snow-like visual character to them. While all is quiet on the inside of the booth, the outside wall is something you would want to rush your parents past. Think of Jeff Koon's Made in Heaven series painted in the style of Matisse. Enough said. 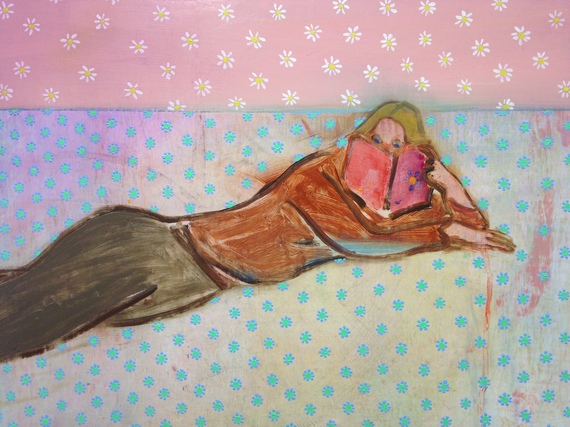 Speaking of Norwegians, the Rod Bianco Gallery from Oslo crosses the pond this year with the same youthful exuberance that seems to saturate the rest of fair, albeit in little more buttoned-up fashion. Dark blue walls serve as the backdrop for Nick Farhi's checkered paintings and Grear Patterson's curious mixed-media works that are part painting, part wall sculpture and part floating toy tanks. Both artists seem nostalgic of the pop art era and are likely to be key figures signaling its approaching return. 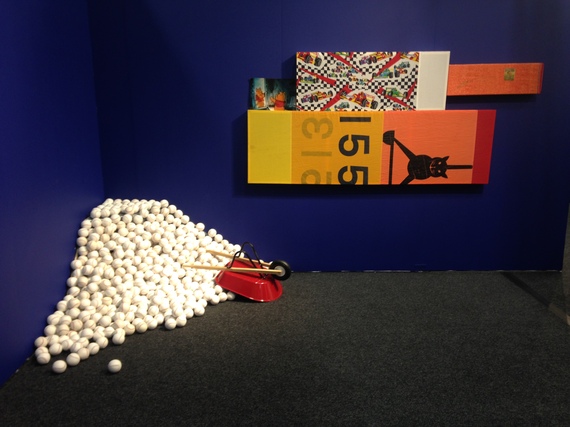