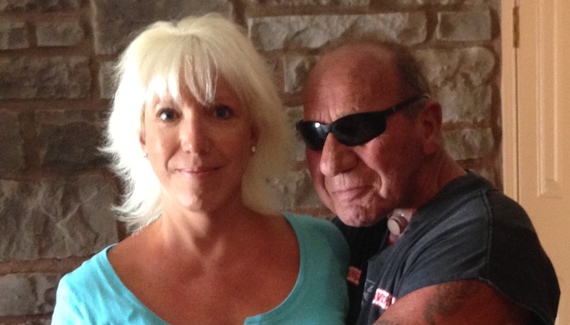 "The truth is like a lion. You don't have to defend it. Let it loose; it will defend itself."--St. Augustine

George Christie is on a mission for relevancy. And he's taken that mission across the airwaves, via the History channel's 6 part series -- Outlaw Chronicles: Hells Angels.

As Christie reflects on his former presidency of the Ventura charter's infamous motorcycle club, active members are claiming many of his stories are more than exaggeration, but downright fiction. Such palpable attempts at legacy-building include events where they assert George wasn't present, or occurred years before he joined the club.

Ya gotta hand it to memory. And imagination.

Believe me, I get how this can happen. Truly I do. I love to share the story about how I jumped from the deck of the Titanic, heroically rescued six people, swam to a remote island without the aid of a life-vest, and was crowned queen -- only to be rescued a week ago Sunday by an acrobat and two jugglers from a traveling circus. But hey, the history channel just won't return my calls.

So, why do I care about Christie's historical revision? First a disclosure: I'm not a groupie of the club. It's just not who I am. In reality, I'm an inspirational writer. Yep, I'm a bona fide, church goin' girl. But here's why I care: For over 35 years, I've been close friends with Sonny Barger. I know. Sometimes life is stranger than fiction.

Although we're from entirely different worlds, Sonny, and his club brothers have consistently treated me with kindness and respect. I would honestly trust this man with my life. Sadly, there are times I wish my fellow Christians displayed the level of loyalty I see manifested within the parameters of this club.

Enter jealousy: While the organization is world-wide (each charter is autonomous- with its own president and voting structure) to many people, Sonny is more than a founding member; he's a legend. Sonny is everything, it seems, Christie ever wanted to be. Unfortunately, for George, there just isn't enough room on the planet for two Sonny Bargers.

Christie's implied he left the club in 2011, because the lifestyle was no longer a good fit. However, a growing number of active members have publicly denied George's version of the story.

In addition, the contents of a 2011 letter, penned by an Oakland member and addressed to Christie, has recently resurfaced. The correspondence told George, in no uncertain terms, it was time to resign his membership. Why? There was growing suspicion that Christie was sharing incriminating information with authorities about his club brothers, in exchange for personal leniency in an ongoing investigation.

And lo and behold, shortly after that letter was sent, Christie walked into the Ventura clubhouse and offered up his resignation. Within a few days, the club voted to change George's status to "Out-Bad/No Contact." (Out-Bad" is a term similar to a dishonorable discharge. And "No contact" means just that: No contact allowed from any member to George Christie . Ever. ).

That decision did not occur because Christie resigned. Nor did it occur because Sonny influenced the vote (as Christie claims). The decision was made because, by this time, multiple members were convinced George was an informant -- throwing them under the bus, in order to save himself.

When I asked Sonny about the conflicting stories, he leaned forward and said, "I'm willing to take a polygraph about this issue. The question is: Will George?"

And why do I believe the club's version? While I've never claimed to be a math whiz, and my head spins at the mere thought of a word problem: ("If a car is traveling from San Diego to Los Angeles at 70 MPH, and the headwinds are 10 MPH, what did the driver have for lunch?") even I can figure out the following equation...

In December of 2011, George was indicted for conspiracy to firebomb two Ventura tattoo parlors. Then, just a few days into his 2013 trial -- while looking at a cumulative sentence of 60 years plus life -- a plea was granted giving Christie just a year at La Tuna, a minimum security correctional center.

That's 60 years, plus Life, reduced to a year. In a low security institution. The final kicker? His plea agreement was sealed by the judge.

Go ahead. Do the math. It's just not that complicated.

The bottom line is: Betrayal never comes from a known enemy. Nor does it show-up via a stranger. Betrayal always lands on our doorstep, delivered by a Judas whom we trust deeply. Someone in our inner circle: A family member. A close friend. And in this case, many believe, a club brother.

The anger over Christie's series, perhaps better titled, Out-Bad Chronicles: Fantasy from Hell, is not about a quasi-documentary of supposed club events. It's about betrayal.

Candy Chand lives in Cave Creek, AZ. She's an author of 7 books and numerous newspaper and magazine articles. She's been interviewed on PBS, NPR, Fox & Friends and the Hallmark Channel. Message, and follow, her on Facebook @ Candy Chand--Writer