The Hollywood Reporter confirmed the news on Tuesday and revealed the show would be co-written and co-produced by Smith herself, along with screenwriter John Logan ("Penny Dreadful"). The limited series will air on Showtime, home of "Dexter" and "Homeland."

The most important question about the show, though, is this: Who will play Smith and Robert Mapplethorpe, the iconic photographer whose relationship with Smith is at the center of ﻿Just Kids?

A couple years after the book was published, Smith told Vanity Fair she once pictured Kristen Stewart and Robert Pattinson in the roles.

"I remember the very first time I saw Kristen Stewart and Rob Pattinson together, when they were younger, and I thought, Those two kids could have easily played us when they were first starting," she said. "There’s something in his eyes. And Robert [Mapplethorpe] was also a bit shy, and a bit stoic. Kristen has a very special quality. She’s not conventionally beautiful, but very charismatic.”

That casting would definitely draw some major ratings, as there are plenty of people (us included) who'd love to see the former couple back on screen together (#Robsten4ever), but we won't hold our breath.

In that same interview, Smith continued, "We were unknowns, and I think it should be unknowns in the film, and young."

She added, "I love Mia Wasikowska. I love the girl who plays 'Hanna' -- Saoirse Ronan. She’s brilliant. The depth of that girl. There’s a lot of interesting actresses and actors for any project. It’s a subject I like to think about."

Who do you think could play the lead roles? We've put together a handy poll to help you out: 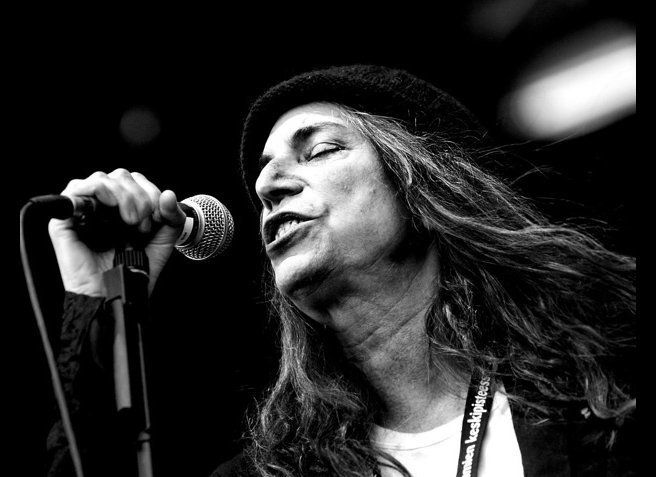 1 / 12
Patricia Lee Smith was born on Dec. 30, 1946 in Chicago, Illinois. She was brought up as a Jehovah's Witness in Deptford Township, New Jersey, but left organized religion as a teenager. In 1964, she graduated from Deptford Township High School and went to work in a factory.
AP