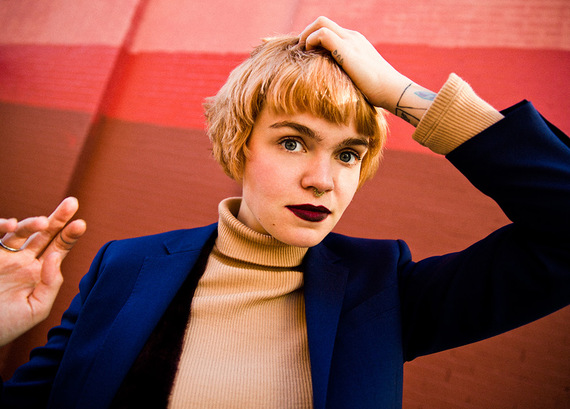 When you look closely at the Opening Ceremony Fall/Winter 2015 Girl Collage Print, you see the faces of some of music's most impressive women: Björk, Julie Cafritz, Karen O, Kathleen Hanna, Kim Gordon, Laura Balance and the Luscious Jackson crew. In fact, most of the collection, which is a tribute to Spike Jonze's early-years as a photographer, stimulates nostalgia to a time when music changed lives, stood for something and most importantly -- changed the public opinion. However, as important as it is to look back, we also need to look forward. So we asked ourselves, who is living up to the path that icons like Kim Gordon paved? Easy: Meredith Graves, who acts as lead singer of Perfect Pussy while freelance writing and heading up her record label, Honor Press.

Perfect Pussy is a hardcore group formed in Syracuse, New York. The band members originally assembled to be part of a John Cusack film being shot in their hometown. Meredith describes being on the movie-set as "weird" and an overall negative experience spent in a freezing cold basement. One good thing came of it though: the band, who reunited one year later. So when you ask Meredith how they formed, her answer is simple: "We started as a bunch of nobodies in a small town, and that's how all good punk rock bands start."

Read the full story on the Opening Ceremony website. 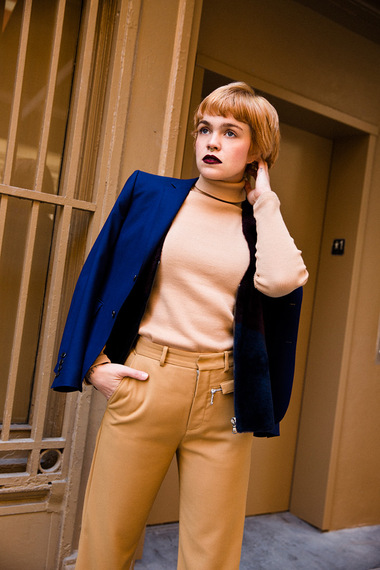