Scars covered the emaciated female pit bull's face, indicating that she had likely been forced to fight other dogs. But when PETA's straw-delivery volunteers found her, she was fighting to survive on the end of a chain--left outdoors in subfreezing temperatures with only a plastic barrel for shelter. We obtained custody of the starving dog, named her Melissa and soon discovered that she was heartworm-positive and so dog-aggressive that she would try to attack her own reflection. 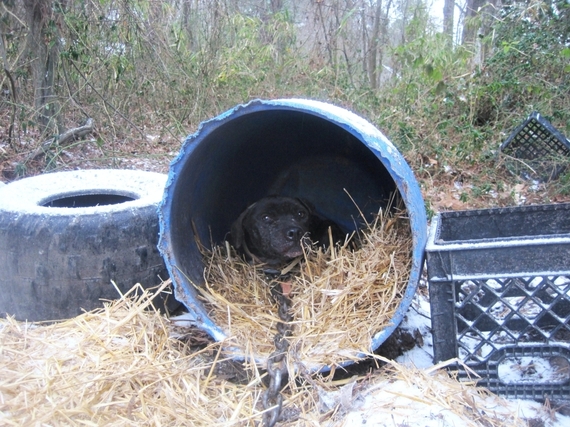 Melissa's situation is far from unique. Pit bulls are, hands down, the most abused dogs on the planet--and that's why PETA supports a ban on breeding them. Preventing more pit bulls from ending up in a world where so many of them are exploited, abandoned or tormented simply because of their physical traits isn't breed-specific "discrimination"--it's breed-specific protection.

Pit bulls are the breed most often found chained in dismal backyards 24/7, thrown into fighting rings to rip each other to shreds and electrocuted, drowned or hanged for losing fights. They are also the number one breed admitted to many shelters, and tens of thousands of them are euthanized each year for lack of a good home. With 3 to 4 million animals euthanized every year in shelters, there can be no justification for breeding more dogs of any kind. 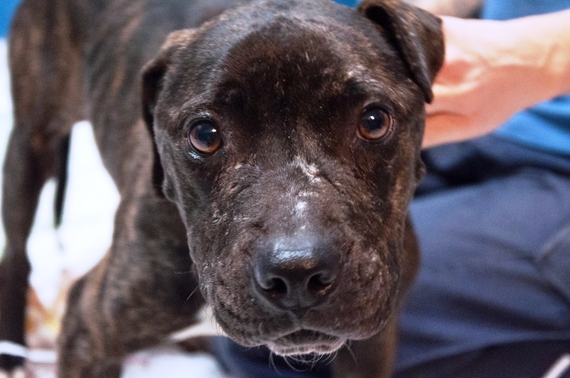 We wish every pit bull had a loving home, but for every pit bull who is treated as a member of the family, countless others shiver at the end of a chain, alone and forgotten, or are beaten and starved to make them "mean."

By the time a neighbor reported Tupac's miserable condition, the sweet pit bull was 20 pounds underweight, with his ribs and spine protruding. He could barely hold up his head, which was swollen to twice its normal size from a massive oozing growth that reeked of infection and was covered with sores and maggots. Tupac had spent his entire life on a chain, and when he got sick and stopped eating, his neglectful owner--who was eventually charged with cruelty to animals--didn't bother to call anyone for help. A veterinarian recommended euthanasia, which at that point was the most merciful thing that could have been done for him. 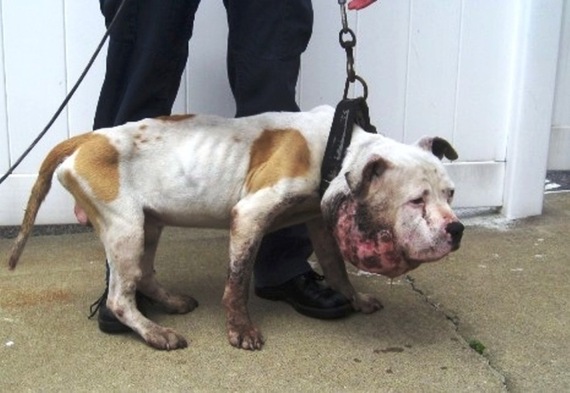 On the day after Thanksgiving 2013, PETA's volunteers found Angel in a backyard pen. Heavily pregnant, emaciated and suffering from tremors, Angel was too weak even to stand up. They rushed her to a veterinarian, who diagnosed her with advanced starvation, anemia and a severe parasitic infestation. She had the lowest body temperature the veterinarian had ever seen. Angel's owner was convicted of cruelty to animals, sentenced to jail time and given a lifetime ban on owning animals. 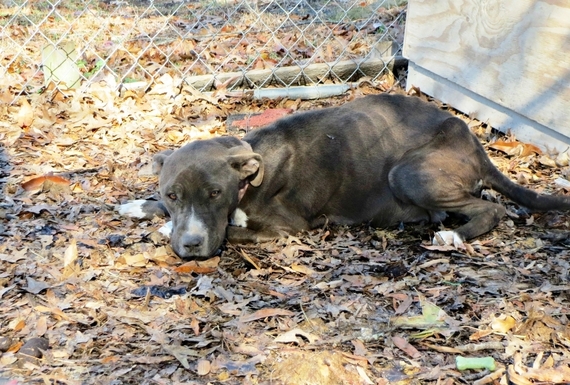 To those who cry, "Discrimination!" at the mere mention of breed-specific legislation, I ask, "Would it really have been worse for dogs like Melissa, Tupac and Angel if they had never been born?" I invite anyone who truly cares about pit bulls--and doesn't just desire to possess them--to join us in working to stop their overpopulation and all the suffering that comes with it.