Got any plans for the upcoming apocalypse on December 21, 2012?

The adult film company announced plans to construct a bona fide bomb shelter to protect "the Pink Visual staff and members of our immediate families," as well as performers, business partners, and fans.

Complete with a full production studio (as well as a fully-stocked bar, microbrewery and performance stage), the bunker is being built to ensure that Pink Visual will continue to create quality adult entertainment throughout the end of days and beyond. RT describes the bunker as "a little bit Bat Cave with a dash of Playboy Mansion" -- and of course, it'll all be as glamorous and luxurious as a bomb shelter can be. 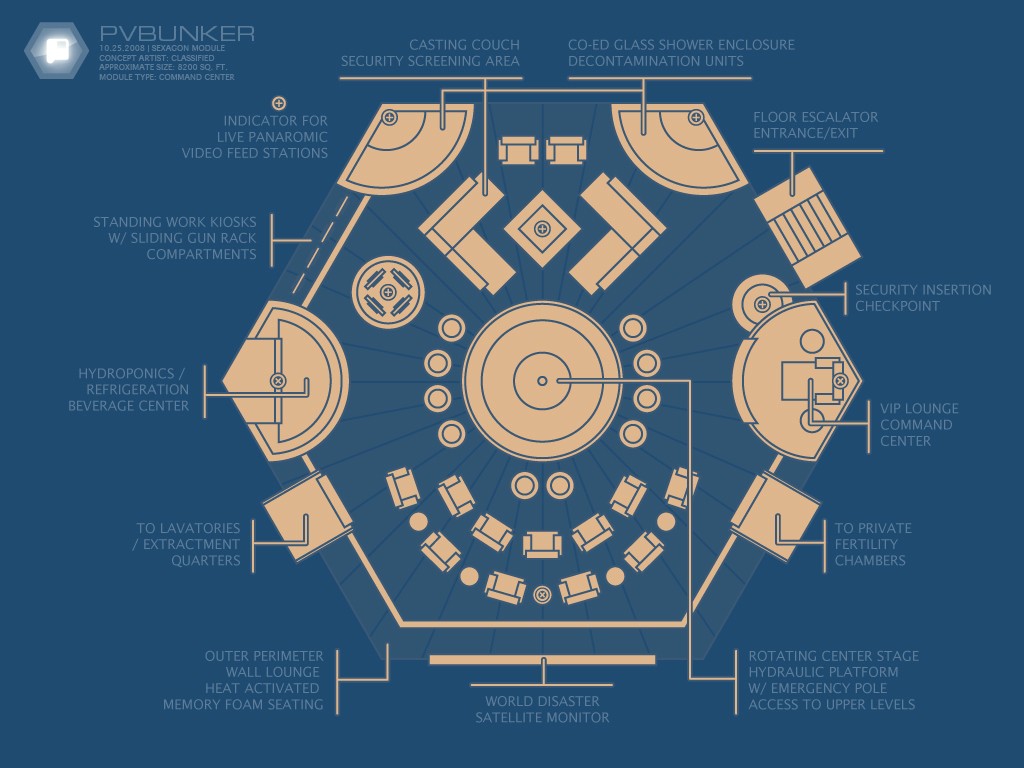 In a exclusive interview with LA Weekly, Pink Visual spokesperson Quentin Boyer reveals that the shelter will have the capacity for 1,500 people, and that gaining entrance will be a combination of merit (how useful are you?) and lottery (for "our fans and members").

CBS Los Angeles reports that for those who don't make it into the most exclusive (and perhaps by that time, only) post-apocalyptic club on Earth, Pink Visual's website will be maintained and updated throughout the 2012 doomsday. It'll be nice to see what we're missing out on -- that is, if we're not on the run from flesh-eating zombies, the Four Horsemen of the Apocalypse, or anything else the end of the world might bring.

And if the rapture never comes? No worries, says Pink Visual. From their site:

if the Apocalypse doesn’t happen in 2012, we will still have the coolest bunker on the planet, and we can use it as a location to shoot content in, rent it out to other studios - maybe even major Hollywood studios – to use, or maybe even open a big underground strip club (although getting the requisite permits to do might be an issue with respect to that idea, admittedly).