The tension was mounting as my game against Lev Polugaevsky was approaching a rare moment in chess history: both white and black queens were sacrificed in a single move. 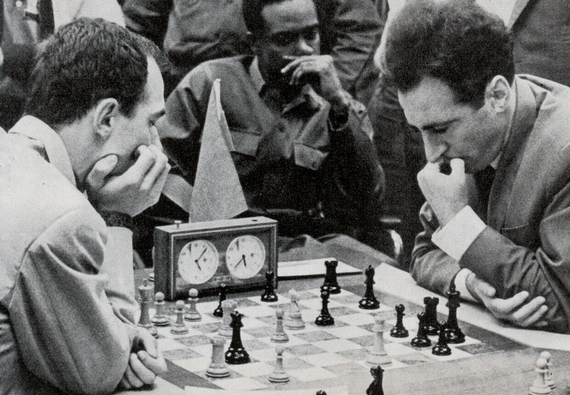 The game drew big crowds at the 1966 Havana Chess Olympiad early on since it looked like the Soviet grandmaster would go down to a rare olympiad defeat. As a matter of fact, the Soviets lost only twice at the event, according to Wojciech Bartelski's Olimpbase.

I had Polugaevsky on the ropes most of the game, missed a few wins here and there, and could not knock him down. We reached the critical position after 25 moves. Polu attacked my queen with 25...f6 and I saw a chance to finished the game with a bang. 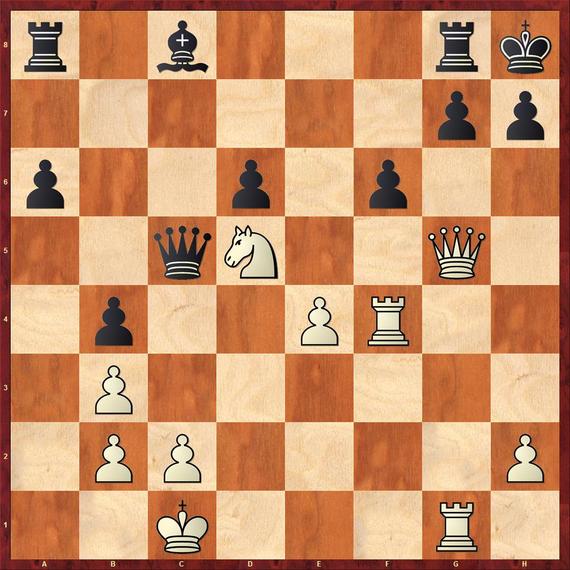 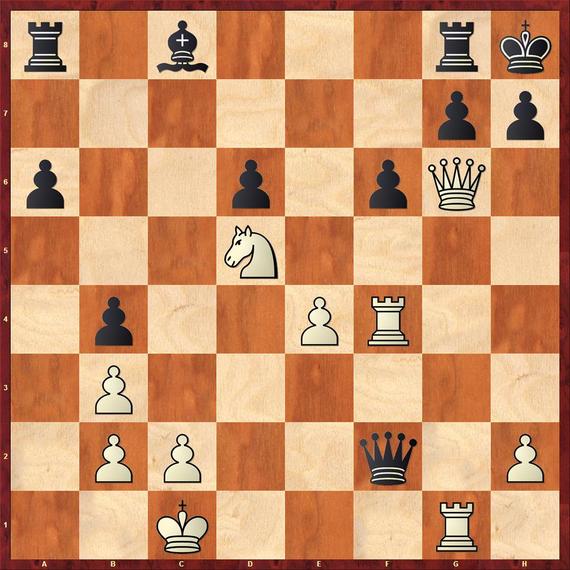 An incredible defense and a picturesque position. The black queen deflects the rook from f4, controls the square h4 and black threatens to take the white queen. There is no way to keep the attack going.

Despite this setback, I had the best result on the team of Czechoslovakia, scoring 11.5 points out of 16 games. It was the last time I played for my native country. In 1968, winning the powerful national championship, I was nominated to play the top board on the team at the Olympiad in Lugano, but after the Soviet-led invasion I left Czechoslovakia. In the 1970s I would play on the first board of the U.S. team in four Olympiads.

A Half Century Ago

A queen sacrifice is on the mind of every chess players. Who can resist the temptation to deploy it either as a logical conclusion of the game or just as mere showing off? Nobody gets tired of it, every time the queen sacrifice seems to be forever fresh and full of life.

At the 1964 Tel-Aviv Olympiad I could not help sacrificing the queen against the Colombian player Bernardo Fernandez. It is hard to believe it happened 50 years ago. 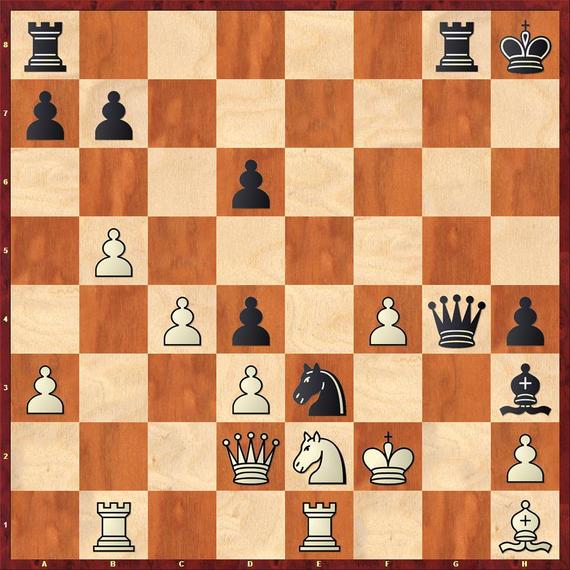 The queen sacrifice leads to a deadly king hunt, forcing mate. It is the shortest way to win, preferred by today's computers.
"The beautiful final stroke was not really necessary," wrote IM Moshe Czerniak in the olympiad book. "A mere 29...Bg2 was all that was needed. But how could a true chess artist miss such a glorious opportunity?"

"The king is given no chance to escape. Black threatens 32...Bg4 mate." - Czerniak

Forced, giving the king the only walking space.

"Otherwise he would be check-mated by the knight. Kavalek has calculated his combination very precisely." - Czerniak
For example 35.Kxh4 Nxf5 mate; or 35.Kh6 Nxf5 mate. 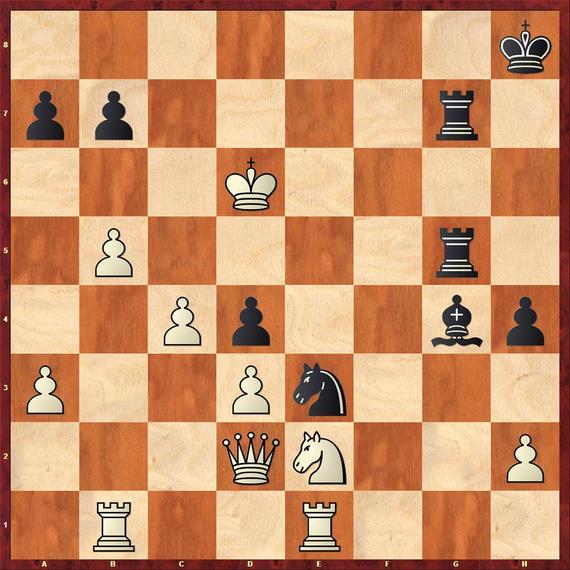 "One of the most beautiful games of the olympiad," wrote Ladislav Prokes, one of the world's most prolific study composers and a member of three Czechoslovakian olympiad teams (1927, 1928 and 1930). He was intrigued by the queen sacrifice and the final mating picture.

Shades of the first queen sacrifice

As soon as the chess queen acquired new power and could fly across the chess board, the possibility of the queen sacrifice was there. The new queen was celebrated in books at the dawn of the 15th century.
More than 100 problems appeared in Luca Pacioli's De Ludo scacchorum (On the game of chess) with the illustrations allegedly done by Leonardo da Vinci. Pacioli's portrait by Jacopo de' Barbieri could be the first image of a chess writer. 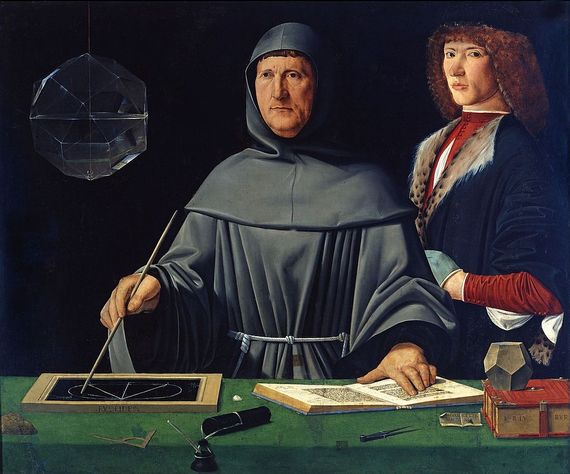 Peter J. Monté, the Dutch author of The Classical Era of Modern Chess, recently published by McFarland, believes that the first game with the new powerful queens was recorded between 1480s and 1508, not in 1485 as was previously thought. It was the manuscript Scachs d'amor by three authors from Valencia, Francesc de Castellvi, Narciso Vinyoles and Bernat Fenollar, in which the new, powerful queen shows up in full glory in the center of the chessboard. But the players missed a queen sacrifice - perhaps the first in a chess game.

This Valencian advance is now called the Scandinavian defense. 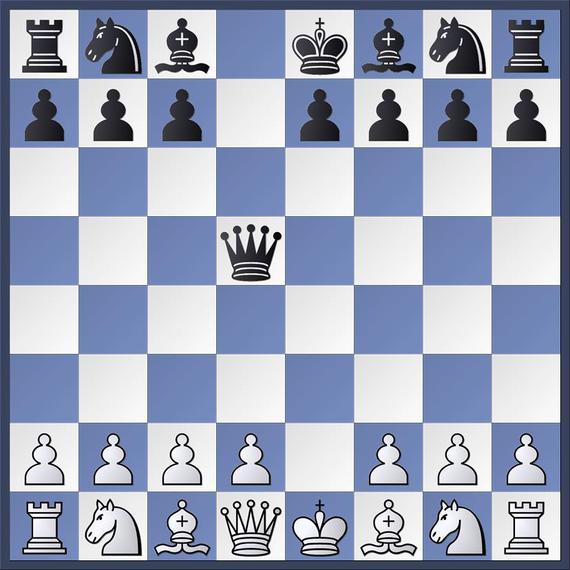 Look what I can do now what I was unable to do before!

The queen had her exciting moment. Now is time to go back home and rest. 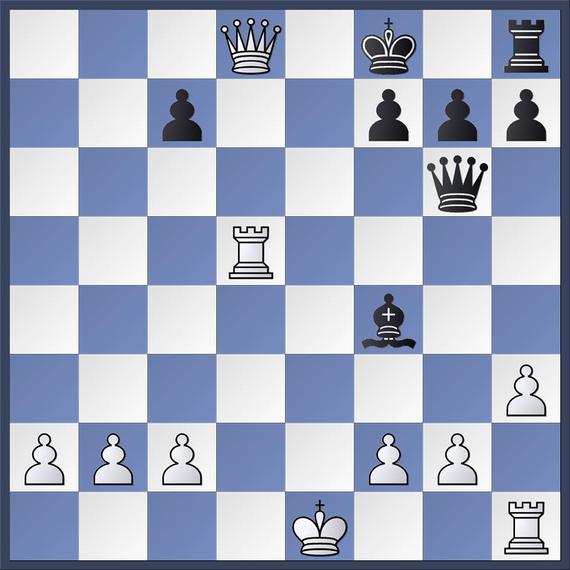 "Mat de Dama en casa de laltra Dama."
The square d8 was important because the white queen ended up in the home of the enemy queen for the final mate. 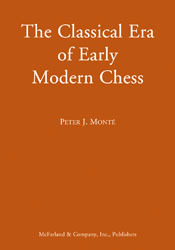 Monté delivers great research and his brilliant, exhaustive work is unique in chess history. He traces the works of early great chess players and writers from the late 15th century into mid-17th century, such as Lucena, Damiano, Ruy Lopez, Polerio, Salvio and Greco. He discusses the development of castling and en passant. But the most amazing part are the openings and games of the period. The 616-page book is an absolute must not only for lovers of chess history, but for all inquisitive chess players.