When my older daughter first suggested repurposing my 1987 prom dress for her prom this year, I was surprised and skeptical. After all, this dress was the quintessential 80's prom dress - layers and layers of taffeta under a princess pink gown, in a delightfully trendy tea length, with puffy Cinderella sleeves. When I wore it almost (can it be!) thirty years ago, I felt like a princess - a like totally awesome princess. 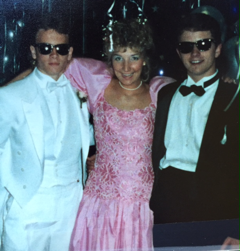 I loved that dress, but as a rule I'm not all that sentimental, nor am I one to hang on mementos, so I'm not sure why I kept it. Maybe it's because my mother and I had such a lovely afternoon shopping for it.

For my junior prom, I had unceremoniously bought a dress on a whim while I was at the mall with my friends. But for my senior year prom, dress shopping was an event. My mother took me to Saks where a sophisticated saleslady with a British accent brought me gown after gown while she chattered on and on about fit and fashion, hairstyles and young love. I felt very grown up and at the same time very young. It was one of those truly magical mother/daughter day.

Maybe I kept my prom dress because it was keepsake from a fun time in my life. I went to prom with a boy I really liked and all of my best friends. I remember it as the last great night of what had been a fun four years of high school. 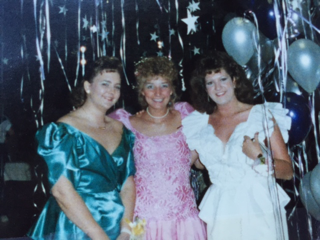 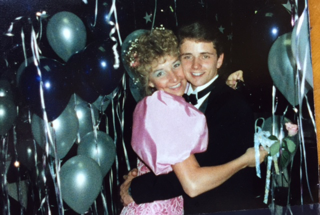 Or maybe I hung on to my 1987, princess pink, tea length, puffy sleeved prom dress because somehow I knew that my future daughters (and their friends) would have hours and hours of fun playing with, on, and in that dress.

And indeed they have.

When my girls were little, my prom dress served as a vital part of every fort, tent, and fairy hut they built. It made a lovely nest for dolls and stuffed animals, and of course, it served as the perfect princess gown for many hours of magical play.

I remember standing at my kitchen window watching the kids and their friends play outside when suddenly one of my daughters' playmates came tearing down our long driveway on her bicycle wearing my prom dress, the fluffy pink skirt flying behind her. Last year that same "little girl" borrowed that same fluffy pink dress for her college's "mock prom". 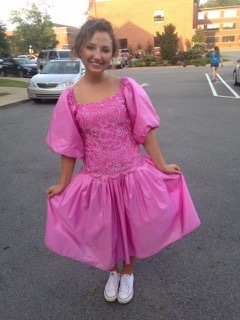 As a high school drama teacher, I have used my prom dress for a princess costume in various plays, and several boys have borrowed it for school spirit dress up days. 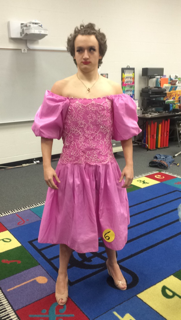 In 1987 I thought my mother paid a fortune for my prom dress. But looking back over the last 30 years, I'd say we've gotten our money's worth from it. Now that my daughter has worn my dress to her prom, I am convinced we have.

For just over a hundred dollars in alterations, my daughter has what I consider the perfect prom dress. It's fun, flirty, and represents some great times in both of our lives. 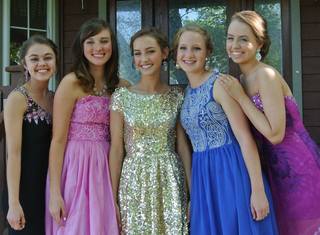 And in a couple of years when my younger daughter attends her first prom, she will get to wear the 1987 pink princess prom dress too - the updated version. 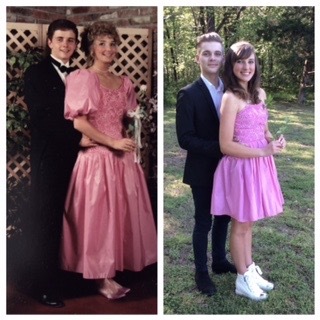 Some families have heirloom wedding dresses or baptismal gowns, we have and heirloom prom dress. 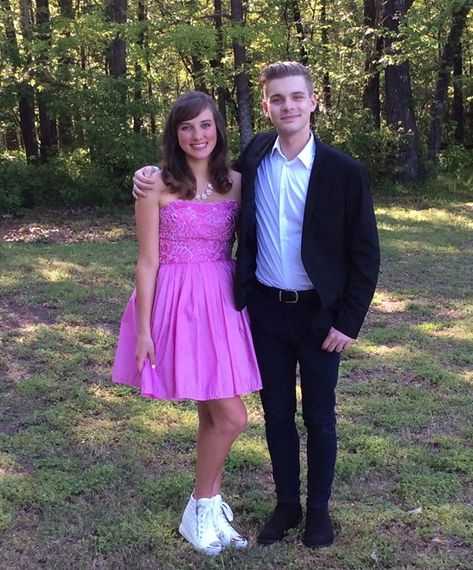 More:
ParentsPromfamily heirloom
Newsletter Sign Up
Raise the kind of person you'd like to know
Subscribe to our parenting newsletter.
Successfully Subscribed!
Realness delivered to your inbox