Saudi Arabia is not a country you'd automatically associate with art and lively color. For those unfamiliar with that part of the world your first thoughts may be of vast deserts, of traditional black and white Arab attire, of oil derricks nodding against the backdrop of clunking oil refineries.

Taking a sledgehammer-like paintbrush to the stereotypes is the enigmatic artist Shalemar Sharbatly whose growing profile may force people to think twice when it comes to Saudi art. 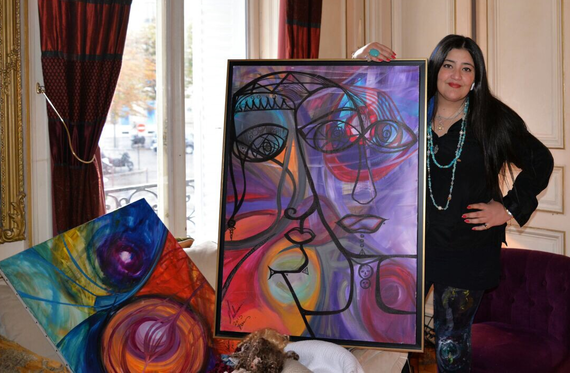 Shalemar Sharbatly is a larger than life personality whose background refuses to fit into any conventional narrative. Her father was a businessman and Saudi Minister and her mother was an Egyptian artist who ensured that she 'grew up' in galleries and from a very young age saw people as colors. In the artist's own words in an interview with this author she described how she grew up 'fighting color' and is only now, after a decade of painting every day, a 'friend' to it.

A lucky break when she was 13 saw her early work make it onto the front page of an Egyptian magazine and suddenly she was traveling the world as a Saudi cultural ambassador showing the other side of a Kingdom many see as closed and insular. She describes Saudi as being home to 'many excellent artists' that struggle to express themselves beyond the borders of the country. Visitors may be surprised to learn that the country plays host to twelve Henry Moore statues and that port cities like Jeddah are, in Sharbatly's word, 'opened minded' and engaged in art.

Shalemar Sharbatly's use of art as a vehicle for challenging perceptions is not just limited to reflections on Saudi Arabia. Her current projects look to take art out of elite spaces such as galleries and into the street domain. She is focusing on turning everyday objects into conceptual pieces -- although perhaps in reference to her Saudi roots one of her most famous works is a painted Porsche -- that has been seen by millions and is a visceral idea of using art as a vehicle.

She has a Masters in Criminology and just as she is excited and passionate when it comes to color her mood darkens when asked about her feelings towards ISIS's destruction of art and cultural heritage across Syria and Iraq. 'I'd put them all in the sea and hope they go to hell' is her solution in the face of such wanton violence. 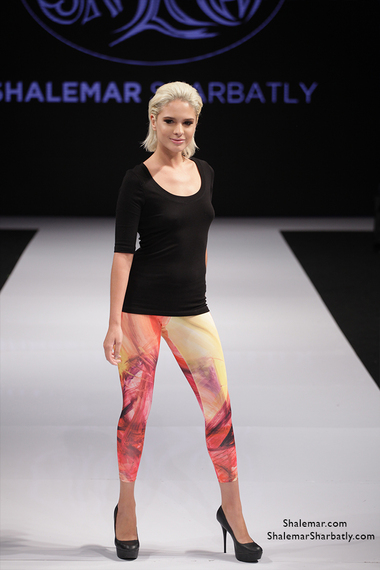 Looking forward, Shalemar Sharbatly wants to bring the same imagination she used towards cars towards people themselves and hosted a fashion show in the US last week where models showed off trousers and jackets that fitted her vision of personality through color. Her work has even made it into the Louvre on the 24 and 25th of this month. Asked what her dream ambition she explained that 'one day I want to paint everybody on the street.' What is in no doubt is that she is a one woman 'artistic spring' that has the potential to add a huge variety of colors to a understudied and unexplored area of Saudi Arabia's cultural sphere.