Raven Symone was looking quite leggy at her "Sister Act" Broadway debut Tuesday night. After nailing her performance in the hit Great White Way musical, Symone showed up at New York's Dream Hotel for a fete celebrating her opening night.

The actress, who's looking like half the "That's So Raven" Disney star she used to be, showed off her weight loss in a striped micro-mini dress, leather jacket, yellow scarf ... and two different colored shoes.

We're assuming that Symone's odd footwear choice is a fashion statement rather than a case of a missing mate. Either way, Symone stole the show on-stage and on the red carpet.

How does Raven stack up in our battle of celebrity legs?

PHOTO GALLERY
Battle Of The Celebrity Legs
Download
Calling all HuffPost superfans!
Sign up for membership to become a founding member and help shape HuffPost's next chapter
Join HuffPost 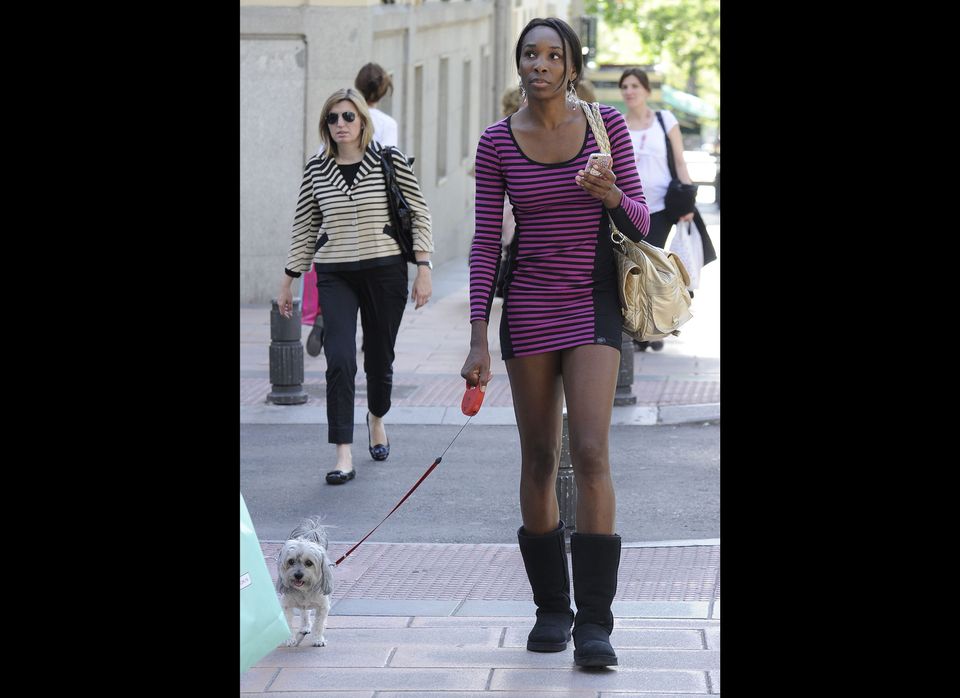