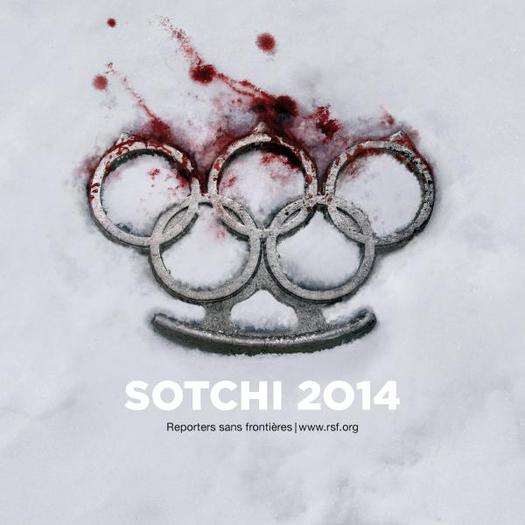 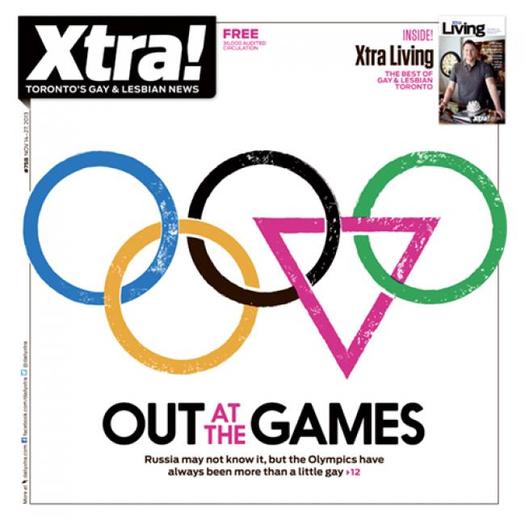 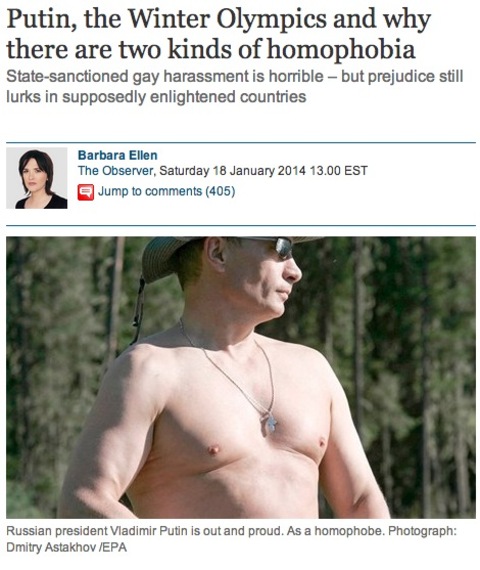 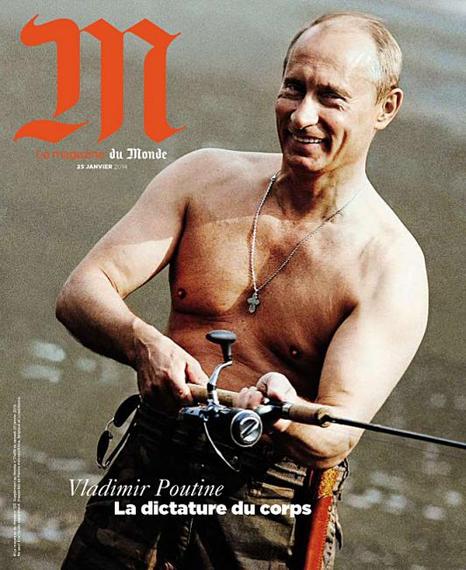 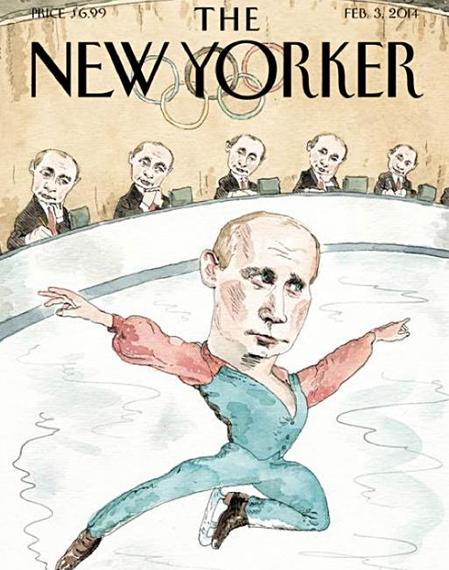 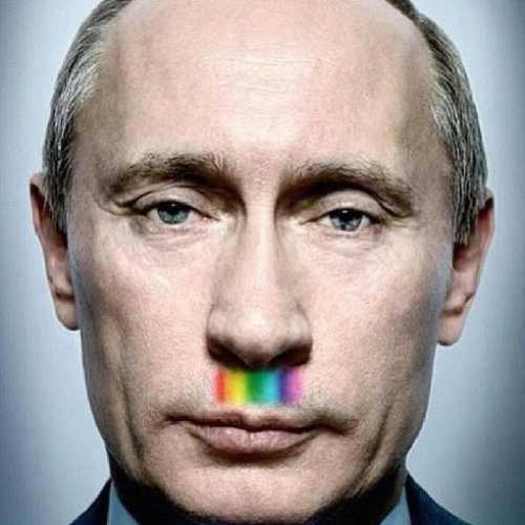 With the Winter Olympics about a week away, you can see how Western magazine covers are graphically setting the mood -- as well as the table for more fomentation. With the exception of the Reporters Without Borders imagery, as you can see, the Russian "homosexual ban" (and Putin's sexuality) predominates. We can break down the lines of attack into three categories: Olympic ring modification; the mocking of Putin's macho preoccupation with his own bod, the typology also setting homo-erotic bells ringing; and finally, Putin's outright gay-ification.

Rainbow Hitler is particularly interesting for theorizing (without a word!) how Putin's harshness toward homosexuality is a way to protect himself from his own broader spectrum of feelings -- ones that are (also) otherwise right under his nose. The Le Monde fishing pole cover becomes a lot more interesting, by the way, once the anchor text brings power and dictatorship into the narrative. The translation: "The dictatorship of the body." And then, Barry Blitt is on a real roll, isn't he? In one sweep (double or triple twist?), he packages the homoerotic Putin with Putin in the closet. Might he also be Boitano-izing?

I have to give special credit to the RWB image though. On one hand, it's a slap shot to light up Putin and Russia on culture war issues. Leaving little to the imagination, the brass knuckles take bloody aim at the authoritarianism manifesting in Olympic-scale corruption and violent repression. That's no game.

(Note: The images above are new with the exception of Rainbow Hitler which was published from an Instagram image by New Civil Rights Movement in late August, and the Reporters Without Borders campaign, which is about a year old. photo-illustration 1: Reporters Without Borders Sochi 2014 Campaign. illustration 2: Paul Dotey/Xtra. photo 3: Dmitry Astakhov/EPA. photo 4: photo undetermined. Director of Photograpy: Lucy Conticello - M Magazine, Le Monde illustration 5: Barry Blitt for The New Yorker. photo 6: adapted by Alexander Persson via Instagram via thenewcivilrightsmovement.)