Your grandparents probably enjoyed one trend that has sadly since died a thousand deaths: The cocktail party. These gatherings dominated the 1950s and 1960s, then fell by the wayside for a variety of reasons. The hub of socialization shifted away from the living room and into bars, which poses limitations (time, energy and money, mainly). But I think it's time to bring back the cocktail party. Here's why.

1. You can drink what you want, without paying a ridiculous sum. 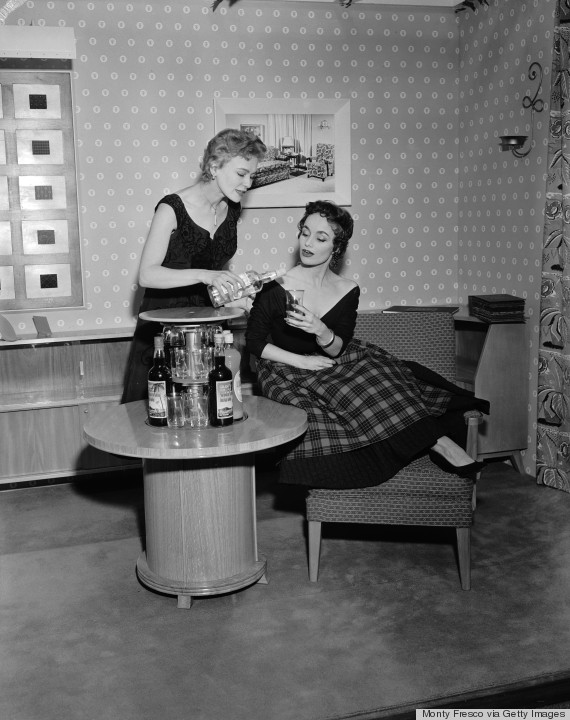 I remember being aghast when the price of a cocktail hit $11 -- and now we live in the era of the $15 martini. Even dives are raising their prices. Of course, I'm in the NYC region, where the cost of living has replaced pickpockets as the thing most likely to take all your money. Even still, when you think about a budget martini and the dubious ingredients mingling in the glass, wouldn't it be much better to get one bottle of really good gin, rather than spend that money on bad drinks?

2. Going out on a Friday or Saturday night will erode your faith in humanity.
When you finally get everyone's schedules together, you're likely to agree that Friday or Saturday night is the best time to see friends. Guess who has the same idea? Everyone in the world. Particularly loud, obnoxious types. Bars and restaurants try to drown them out with people who DJ from Macbooks. It would be horrible, if you could get a spot to sit in the first place.

3. You can use those fancy glasses you got on your registry/found at a thrift store. 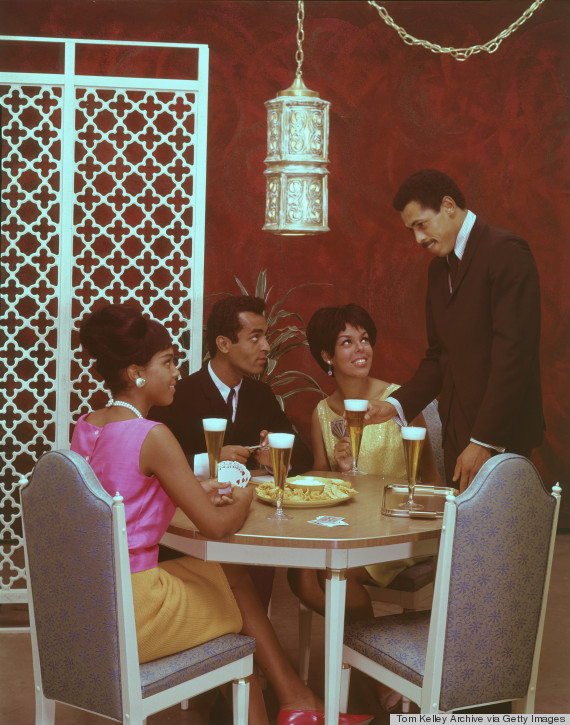 We all have them, but they're likely gathering dust. If they're going to take up space, you might as well put them to use.

4. You can accommodate your friends' food allergies/intolerances/dietary restrictions. 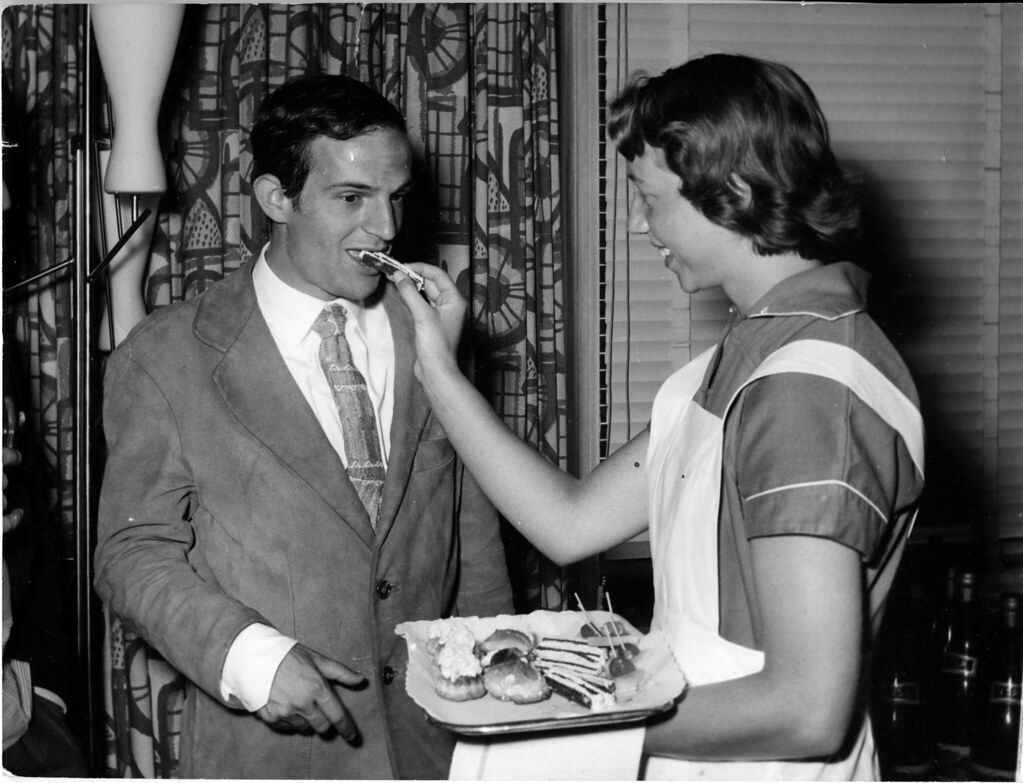 4.a. No "surprise" cilantro.
O.K. it's not like there's a cilantro epidemic, but it's more about the unanticipated cilantro. It's the time you ordered a margarita and it came with jalapeno slices in it. It's the time the bartender got creative with a Manhattan and somehow garnished it with sweet potato puree (!!). It's ordering a burger, only to be told that you can only have it with a cheese that's $5 extra. Some people love the element of surprise, others don't. If you're with a group of at least 4 others, there's bound to be someone who doesn't. 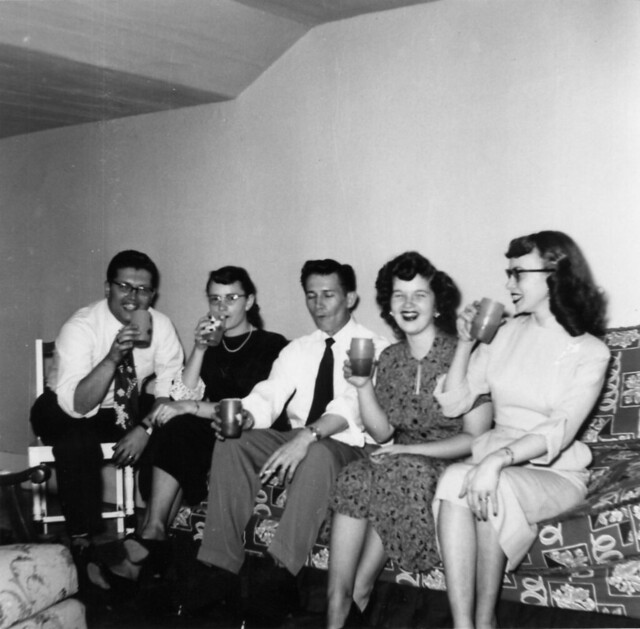 No one is popping by to say "Can I get you anything else?" in a not-so-subtle way to turn over your table.

6. You can actually have a conversation.

Not only because the noise factor is way less bothersome at home, but because there isn't a stranger pressed up against you while you're trying to discuss the latest work gossip. 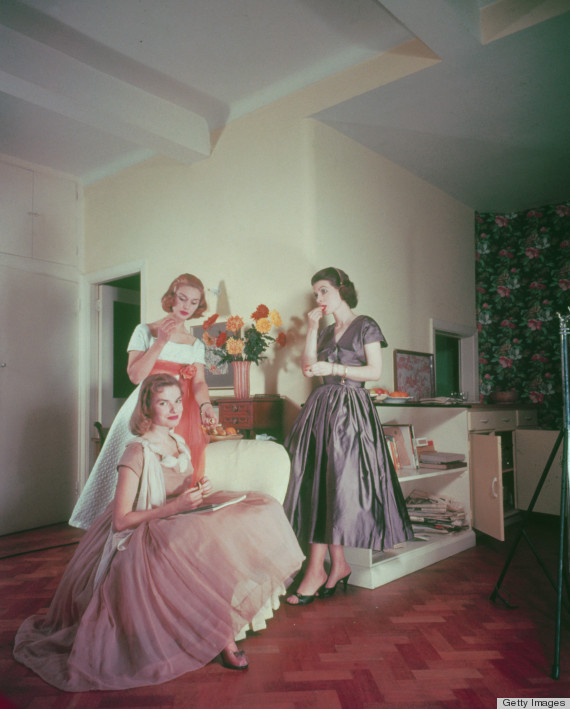 In our grandparents' day, people dressed up to go to a friends' house for cocktails. Would it kill us to raise the bar on everyday dress now and then? No. But I digress. In the comfort of home, you can comfortably dress up or dress down. No hobbling down the sidewalk in heels. No self-consciousness because you're one of those people who would rather wear flip-flops everywhere. It works for all types. 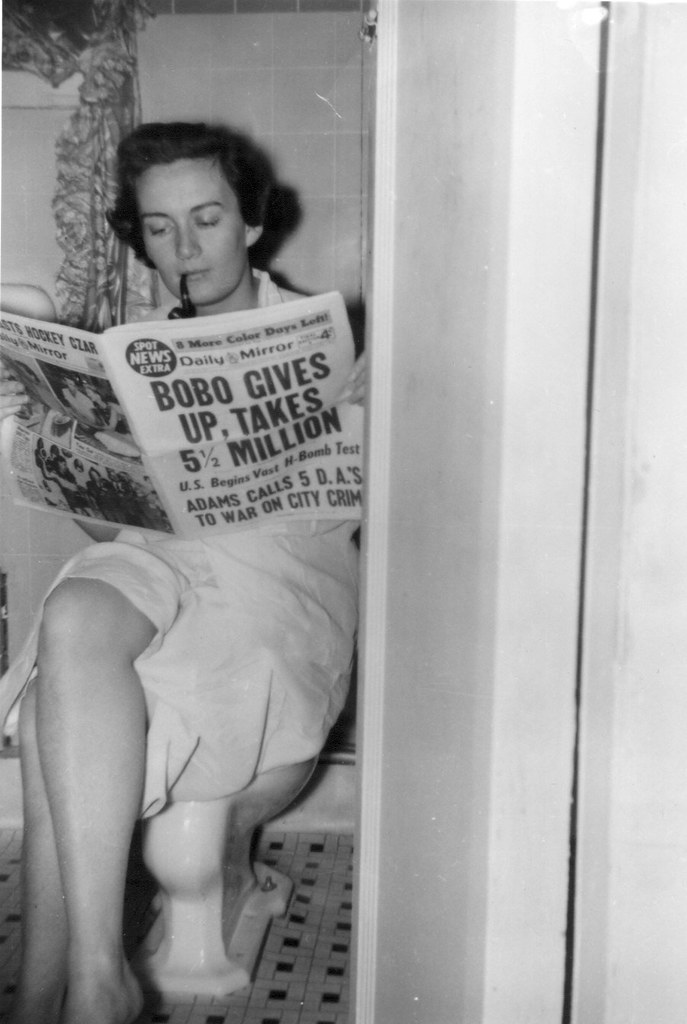 Along with the questionable nature of the bathroom once you finally reach it. Even if it's a nice place, when you get lots of people and give them lots of food and drink, the bathroom situation devolves faster than you can say, "Is this the line to the bathroom?" Save yourself the hassle and the shower you'll need later by hosting the party at home.

9. As a kid, there's nothing more interesting than overhearing cocktail party chatter.
And then imitating your parents (and their friends) behind their backs. The point here isn't "do it for the children!" but more like being able to have fun in one's own home. Stop making excuses about babysitters, decor, whatever. Just have people over.