The last time we saw Seattle Seahawks cornerback Richard Sherman he was getting shoved in the face by Washington Redskins offensive tackle Trent Williams. The chatty 24-year-old corner has been involved in similarly cordial exchanges all season long, notably mocking Tom Brady after a Week 6 game.

Sherman let his play do the talking early against the Atlanta Falcons in the NFL Divisional Round on Sunday. He knocked away a deep ball for Falcons wide receiver Julio Jones on Matt Ryan's very first pass attempt. After the Falcons drove into the red zone, Sherman knocked down a potential touchdown pass from Ryan to White, forcing the Falcons to settle for a field goal. With Sherman off to a strong start, the battle between Seattle's secondary and the Falcons' receiving tandem grew increasingly animated, with FOX cameras catching the talented edge players talking trash as they ran up and down the field together.

With the Falcons already leading 13-0 in the second quarter, White may have settled their argument. The 31-year-old receiver blew by Sherman on a deep route. As Ryan flung a deep ball toward White, Sherman lost his footing in pursuit and fell to the turf. White caught the ball for a 47-yard touchdown. Not only did the score stake the Falcons to a 20-0 lead but it may have momentarily quieted Sherman. With White now administering the trash talk, Sherman offered up a sarcastic golf clap.

After the Seahawks' comeback was undone by Matt Ryan's late heroics, Sherman's tweets to fans were noticeably more earnest then his earlier claps had been.

Great season! Proud of my teammates fight! We battled and came up short.

We left it all out there. Apology 12s we let you down. 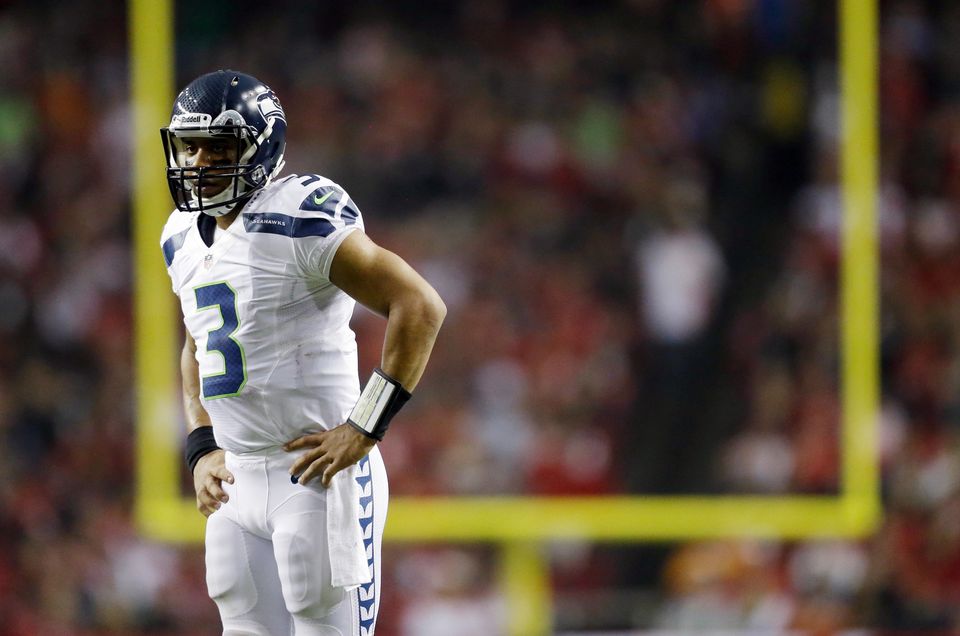