Making photographs can be a religious experience.

For photographer Richard Silver, his epiphany occurred during a visit to a church in New York last year that got him thinking about how to document the interior from the altar to the entrance—in one shot. 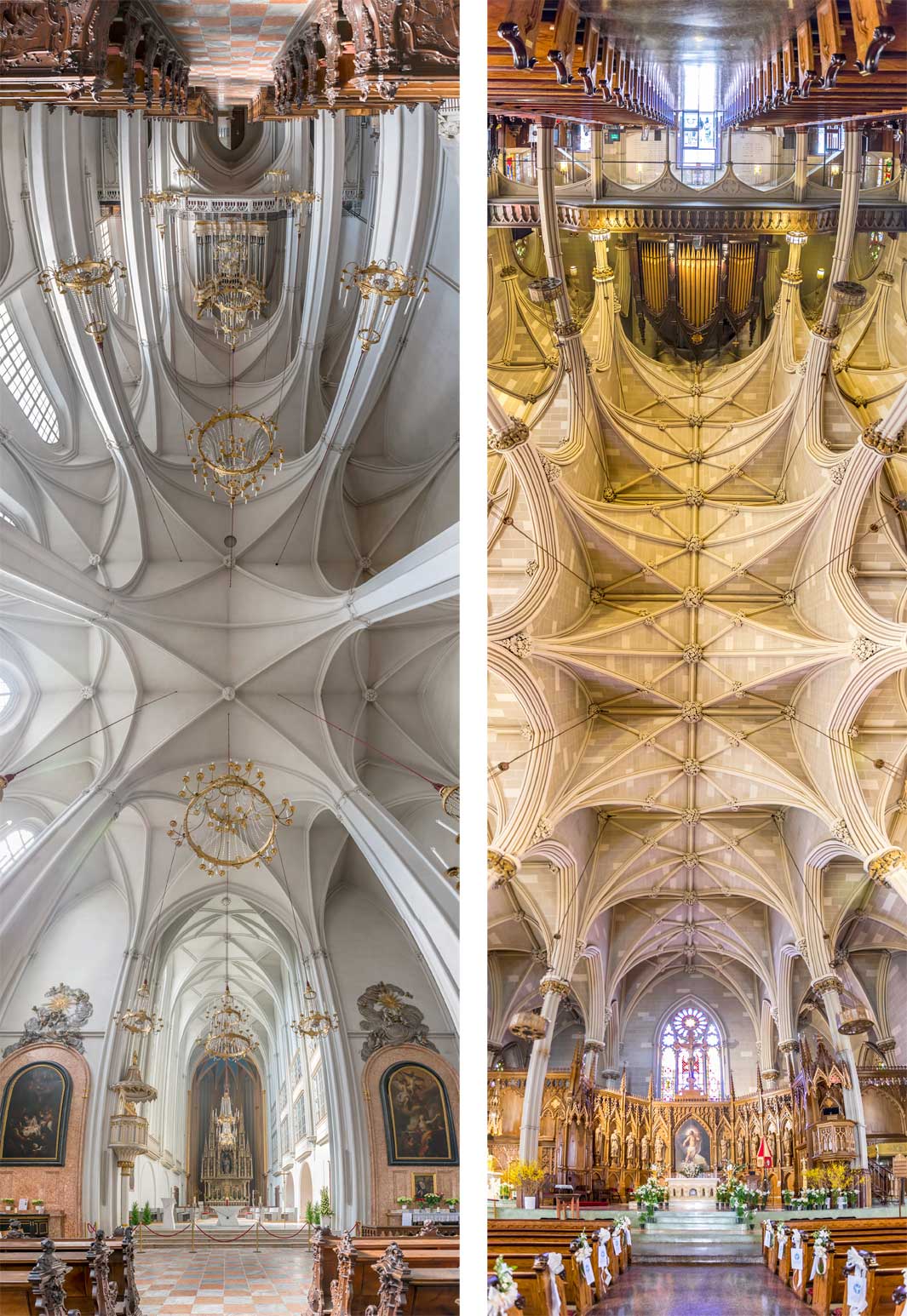 But Silver’s own body proved to be the biggest hindrance, refusing to budge in his attempt at capturing the perfect shot. “The first time I did it, I almost hurt my neck by trying to shoot the ceiling without physically turning around,” he wrote via email. Because he isn’t a contortionist, Silver decided to blend a series of images in Photoshop to create the panoramas for “Vertical Churches.”

To capture the interiors, Silver shoots in the church’s center aisle, taking between six and 10 vertical images. He then puts together the images using Lightroom and Photoshop. He was pleasantly surprised with his initial results and started running around New York looking for more churches to photograph.

Getting the shots hasn’t been easy. Often churches are closed, and many don’t allow Silver to use a tripod. He often shoots with wide-angle lenses, typically a 24-70 mm lens, though if a church is really wide, he’ll bring a 14-24 mm lens. Depending on the light inside the church, Silver works to bring out details such as stained glass windows during the post-production process.

Silver’s images aren’t limited to New York. He constantly travels, looking for new churches to photograph around the world. “I feel compelled to photograph the world in a unique way, to try to open up the way people see the common sites we have all seen,” he said. That vision isn’t only about his panoramic imagery. Silver also has a passion for tilt-shift photography, and he cites Olivo Barbieri as one of his tilt-shift photography idols.

Although he has visited hundreds of churches around the world, Silver continues to be awed by what he captures. “I am fascinated how the results are very similar to each other, sort of like the inside of a turtle shell,” he said. “With my vertical church shots, I capture much more detail that is lost even when you are there in person. To add the whole photo together and see it in that manner, it still blows me away today.”