Just days after Rihanna was a no-show for a "Saturday Night Live" rehearsal (citing "fatigue and illness," though her live appearance went swimmingly), the singer has been hospitalized for exhaustion. The "We Found Love" singer announced the news herself Tuesday night, when she tweeted a photo of what appeared to be her arm hooked up to an IV drip.

This isn't the first time Rihanna has been hospitalized for apparent exhaustion. In October 2011, the singer canceled a performance in Malmo, Sweden, and posted a similar photo of her arm, citing "being sick with the flu" as the nature of her illness.

The pop star looked stunning Monday night at the Met Gala when she wore a backless crocodile dress by designer Tom Ford. But some reports are speculating that the increasingly uninhibited 24-year-old had too much fun, Monday night and just generally (all the recent nearly-nude Twitter photos and bizarre fashion choices have some believing the star is crying for attention). RadarOnline quotes a source saying that RiRi has gotten out of control.

"She's been drinking almost every day and talking about smoking weed a lot, too. Everyone is telling her to slow down and think about therapy, or even rehab," a source told the site.

Check out racy photos of Rihanna:

Rihanna Hospitalized: Is The Singer Out Of Control? 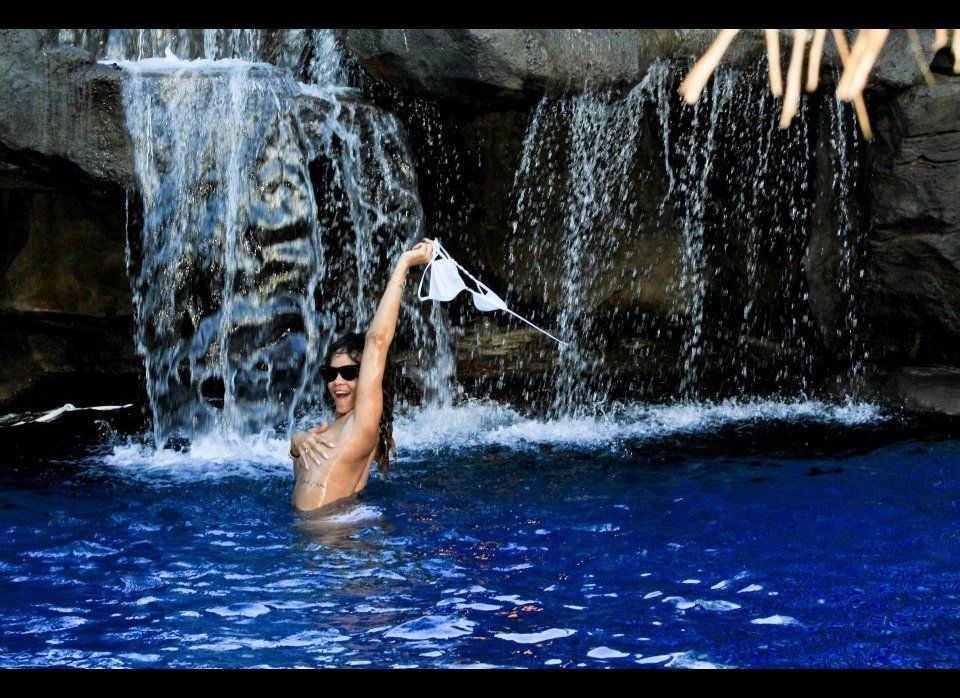