Doctors say the homeless Miami man whose face was mostly chewed off by a naked assailant is awake and alert and doing "well", but in need of more surgery.

Jackson Memorial Hospital released two photos of 65-year-old Ronald Poppo with his permission on Tuesday afternoon, one showing him walking down a corridor assisted on either side by a hospital worker.

The other gives a recent look at Poppo's horrific injuries, roughly 2 and a half weeks after the shocking assault on Miami's MacArthur causeway: one of his eyes is covered by gauze, the other, lost to the attack, is covered by skin. Poppo's nose is missing, and his forehead is a mass of scabs.

(Scroll down for graphic photos. Video above does not contain graphic imagery.)

The lower half of Poppo's face, roughly from mustache down, appears intact. Doctors said approximately 50 percent of his face was missing, and that the "extremely charming" Poppo remembers the attack, understands that he is in hospital, and is aware of media coverage.

"He's pleased to report to all of you that he's feeling well, he's eating, he's walking around with physical therapy, he's talking with us," said University of Miami trauma surgeon Nicholas Namias, co-director of JMH's Ryder Trauma Center. "He's had quite a bit of surgery already."

Plastic surgeon Dr. Wrood Kassira said the medical team's primary goal to date has been to clean and close Poppo's wounds, but her patient has had a "logical" response to conversations about reconstructive surgery.

"We have mental health professionals to help him with the coping, and he's coping remarkably well," she said.

Kassira confirmed Poppo has undergone three surgeries already and is currently fighting an infection, adding that Poppo, who cannot currently see from his remaining eye, also suffered a brain injury similar to someone in a car crash and was admitted with puncture wounds on his chest. (Records show Poppo was shot by an unnamed gunman in Miami's Bayfront Park in 1976.)

Poppo, who is believed to have been homeless in Miami since the mid-to-late 1970s, is covered by Medicare and Medicaid, officials said. A fund set up by the hospital foundation to assist Poppo (details below) has so far raised $15,000.

"It's amazing," Namias said of Poppo. "He's an extremely charming man. You talk to him, he's very upbeat, he's very pleasant, he hasn't said one thing negative to me. Every time I ask him how he's doing, he says he's doing fine."

The AP reports Poppo, who requests Italian food and can't wait to go swimming, has asked that the television in his room be turned off except to follow Miami Heat games.

"I kid you not, he wanted to talk about the NBA Finals," Namias said. "He asked me if I'd be watching the game tonight, and told me, 'Go Heat.'"

Poppo was lazing on the MacArthur Causeway's westbound Biscayne Boulevard exit ramp sidewalk May 26 when attacked in broad daylight by naked 31-year-old North Miami Beach resident Rudy Eugene, who was caught on surveillance camera trying to strip off Poppo's clothes before brutalizing his face.

A police officer responding to multiple 911 calls from drivers and cyclists shot and killed Eugene when he reportedly ignored orders to stop chewing Poppo's face. An autopsy reportedly discovered Poppo's flesh in the so called "Miami Cannibal"'s mouth, but not in his stomach. Police have speculated that Eugene may have been under the influence of a synthetic drug, but a full toxicology report is still pending.

Check out HuffPost's full coverage of the crime for more details. 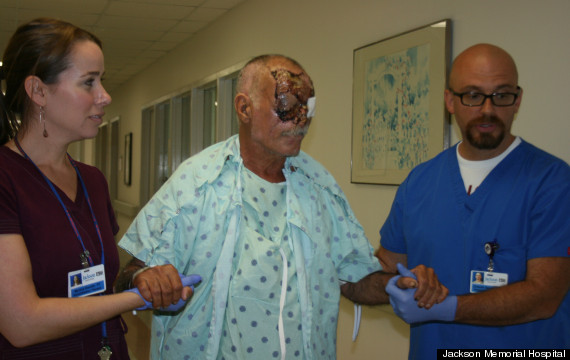 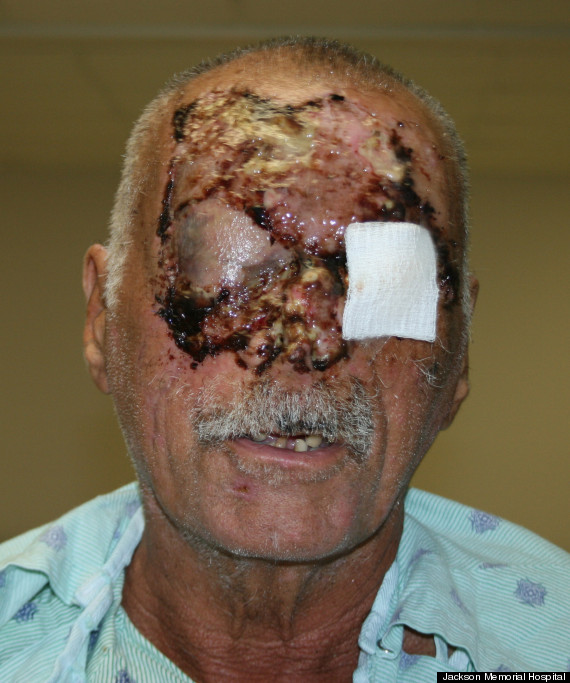