First, let me back up a minute. If you aren't from the Rust Belt you need to know something: vacancy lives here. In fact, its ubiquity has granted it a presence in our post-industrial culture. 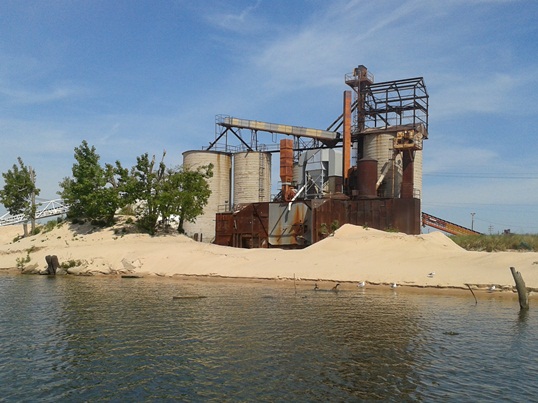 Framing, it's an old trick, used by preschoolers and politicians alike, as the name "tattle-tale" sticks no less than "flip-flopper." Framing can destroy in that sense, even in art. Just look at that period in the country's history when being called a "communist" meant your films were socially perverse.

One critique is journalistic laziness -- out-of-towner flies into Detroit and captures yet another over-dramatic shot of Detroit's Michigan Central Depot before bolting. There's validity to this argument, but in and of itself it doesn't disqualify the potential of the medium. After all, isn't that on the schmuckiness of the artist instead of on the quality of the genre?

The one thing they (ruin photos) have in common no matter who has taken them is that there are never any people in them. And to me, that points to the problem. There are no people interacting with the ruins.

Two things here: First, I feel documenting abandonment can in fact out the conditions of poverty, showing -- like Jacob Riis' seminal work did back in 1890 -- not so much how the other half lives, but what the other half lives with. Lord knows this is necessary. Plight and blight are to the eyes like one's hand is to fire: instinctually distanced. (See Mitt Romney's famous quote about not being concerned about the "very poor."). Then pause to reflect how what has happened to us is needed here. Show it. Debate it. Shutting it down under the auspices of porn actually makes the living images dirtier than they are. 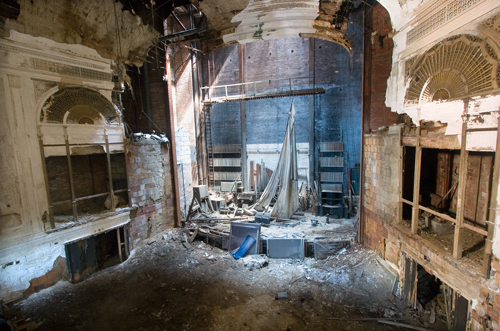 Yeah, I don't get it either. Far from "gawking" or "fueling" the notion that Detroit is beyond help, you know what I see? The aesthetic of a world I live in every day. Rust. Wear. And folks trying to fix what's broken.

And about that indefinable nature of the attack, well, it often works. Note the frustration and confusion in Matthew Christopher's great post Confessions of a Ruin Pornographer: A Lurid Tale of Art, Double Standards, and Decay:

The nebulous nature of the term and its use as an insult means that it can be employed without much consequence and is frustratingly difficult to rebut.... Because the core definition is ill-defined and constantly shifting, there is no way to adequately defend yourself: whatever it is that you're doing, you should be doing something else, but in the meanwhile your work bears the sleazy stigma of comparison to that of such esteemed photographers as those found in Hustler or Penthouse and you, by extension, are less an artist than a pornographer.

So: Shut it down. Do something else. Stop making the gawking. Stop documenting decay. Ruin ain't pretty. 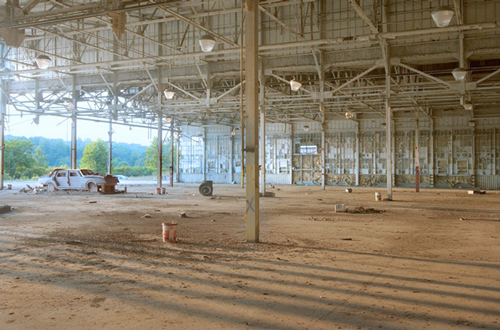 To that end, I recently came across this 1972 gem of a paragraph that touches on this incapability perfectly. It's from a book prophetically entitled Urban Wilderness by urban historian Sam Bass Warner Jr.

American Urban Life confuses us in its intermingling of endless repetition with ceaseless change. Consider our habitual responses. We do not see in the brand-new downtown apartment towers or the freshly carpeted suburban model home the inevitable repetition of failure which surely awaits them...The newness is a goal for family achievement, the reality of aging is either to be obliterated or escaped [italics mine]. The past is not seen in the present... These are deep habits of mind.

Since at least the founding of the Republic we have been concealing failure from ourselves with newness.... Thus for generations we have dwelt in a self-created urban wilderness of time and space, confounding ourselves with its lusty growth and rising to periodic alarms in the night. It is no accident that we have no urban history.

But of course we do have history. And it's messy -- tinged with both beauty and filth. And it will exist regardless if its documentation is shamed to a halt.

A version of this post originally appeared in Rust Wire.

Director, the Center for Population Dynamics at the Maxine Goodman Levin College of Urban Affairs at Cleveland State University