The San Bruno explosion of 2010 didn't set off a fire that will be remembered like the one following the 1906 earthquake in nearby San Francisco, nor the one that consumed much of Chicago in 1871. Emergency responders and modern fire fighting techniques were, thankfully, too good for that.

But a natural gas pipeline did fuel a fireball that reached 1000-feet in the air and sparked a frightening blaze. It was no less a tragedy to a community that lost at least four lives and found dozens of their neighbors instantly homeless. And it was no less a reminder that infrastructure improvements are still needed to save lives throughout the United States.

As residents began returning to inspect the damage on Sunday night, they were greeted by a scene almost unimaginable in suburban America. There was no trembling ground that preceded the wrath of mother nature, no trembling hand that preceded the wrath of a bomber. Instead, authorities are still trying to figure out how a 30-inch pipe that was installed in 1956 could do this:

The prime suspect is all too familiar. Terrible infrastructure failures have grabbed headlines in recent years, but not just in the third world countries. They've happened all over the U.S., from New Orleans, La., to Webber Falls, Okla., to Kilauea, Hawaii. On Thursday, it was San Bruno, Calif.

The National Transportation Safety Board is leading the probe to determine what happened. The California Public Utilities Commission has ordered PG&E Corp., the utility company involved, to inspect all of their 5,700 miles of pipeline statewide.

But inspections alone will not fix dilapidated infrastructure. PG&E was already in the process of inspecting local pipeline when the explosion occurred. And the San Francisco Chronicle reports that a "PG&E spokesman said Sunday that the company inspected the segment of the pipeline that ruptured in March, but could not provide details of what was found."

Completed inspections don't always paint a rosy picture: "A nearby risky segment of the gas line was due to be replaced, the utility responsible said, because it ran through a heavily urbanized area and the likelihood of failure was 'unacceptably high.' That 30-inch diameter pipe a few miles north was installed in 1948, and was slated to be swapped for new, smaller pipe."

Could the piece of pipe that exploded in San Bruno have been as likely to fail as ones nearby? The Wall Street Journal has called the responsible section an "oddly cobbled pipe," reporting:

The 28-foot length of pipe consisted of several smaller segments that were welded together in an unusual configuration. It also contained a long seam that ran the length of the pipe, the NTSB said.

Officials said it was too early to say whether the pipe may have been weakened by the seam and welds or even whether it was typical of pipes used in the natural-gas pipeline owned by PG&E, a utility based in San Francisco that provides service to 15 million Californians.

If officials outside of PG&E aren't even sure what a pipe is supposed to look like, how are inspectors supposed to ensure they're safe? Another question that will hopefully be answered in the coming days.

San Bruno certainly isn't the only place with pipe problems. Bloomberg compiled a list of pipeline accidents in the United States. The most recent one prior to San Bruno was just the day before:

The blast happened one day after an Enbridge Inc. crude-oil line leaked near Chicago, forcing a shutdown threatening fuel supplies in the U.S. Midwest. The Enbridge pipe, which can handle 670,000 barrels a day, started service in 1968.

The U.S. is crisscrossed with more than 2.5 million miles of fuel pipelines, or enough to circle the earth about 100 times. U.S. regulators may now step up inspections and increase the industry's maintenance costs, said Mark Easterbrook, a pipelines analyst with RBC Capital Markets in Dallas.

That task may be daunting.

In 2009, the American Society of Civil Engineers issued a report card for the nation's infrastructure. The country was given a D, just above a failing grade. HuffPost Editor-in-Chief Arianna Huffington released a book this month, Third World America, which addresses the dilapidated infrastructure:

"It's the kind of report card you would have expected on the eve of the collapse of the Roman Empire," Stephen Flynn, a senior fellow at the Council on Foreign Relations, told a reporter from Scientific American.

Or from a Third World nation.

But despite the desperate state of affairs, America remains in denial. According to the ASCE, we would need to invest $2.2 trillion over the next five years just to bring our existing infrastructure up to a passable level (let alone a level appropriate for the twenty-first century). But we've only budgeted $975 billion for that period.

Was a utility company or regulator in denial leading up to last week's incident? More questions.

Energy consumption should strike a particular nerve, and not simply from recent problems with gathering it (see: Oil Spill, Gulf). The tragedy in San Bruno didn't set off a massive domino effect, but sometimes it doesn't take much. Again from Third World America:

On August 14, 2003, we got a glimpse of what we can expect a lot more of it we don't make that investment [in our infrastructure]. That muggy Thursday, an estimated fifty-five million Americans and Canadians living in a nearly four-thousand-mile stretch from Michigan to Connecticut and Canada lost power in the largest blackout in North American history. In New York, traffic ground to a halt when 11,600 stoplights cut out, and stalled subways and trains stranded four hundred thousand commuters throughout the evening and into the night. The city was plunged into darkness. The impact was felt across the northern corridor of our country, from high-rise elevators to airports and communication networks. What happened? Power lines, heavy from increased demand, dipped into overgrown trees in Ohio, which triggered a series of malfunctions that lef to the shutdown of at least 265 power plants throughout the Northeast.

One accident doesn't predict another. And the exact cause of the San Bruno explosion remains unknown. But it is clear that an improved infrastructure can reduce the risk of this happening to another American suburb:

There is one place, of course, that needs more support than most. Click here for a list of ways that you can help the victims of the San Bruno explosion and fire. 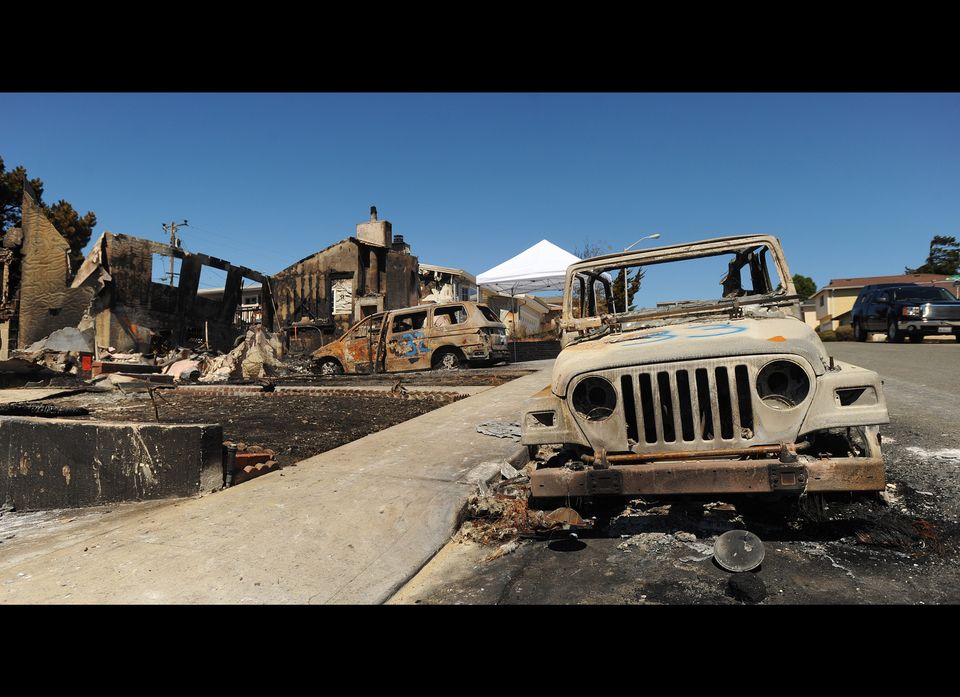 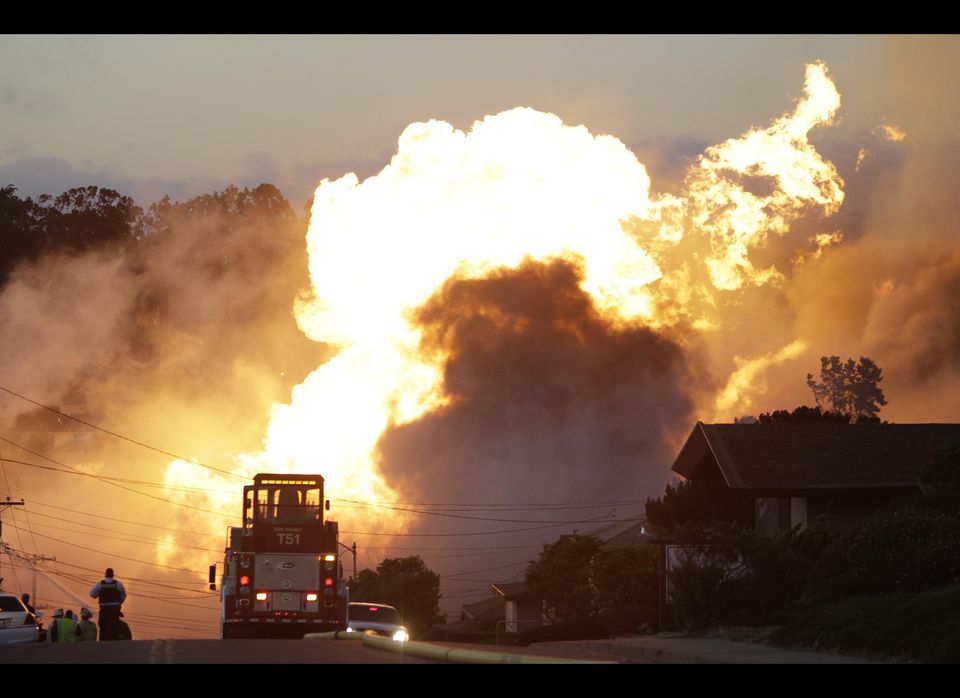