Sarah Palin took to Twitter and Facebook Saturday and demanded that President Obama explain whether or not he supports the decision by a Muslim Center's developers to build the facility near Ground Zero.

Palin's bursts of questioning for Obama came on the same day that the president told reporters that he supports "the right" to build the center, but would not comment on "the wisdom" to build it.

Palin seemed to understand Obama's position, but asked him to delve into the wisdom to build. She tweeted, "We all know that they have the right to do it, but should they? This is not above your pay grade." 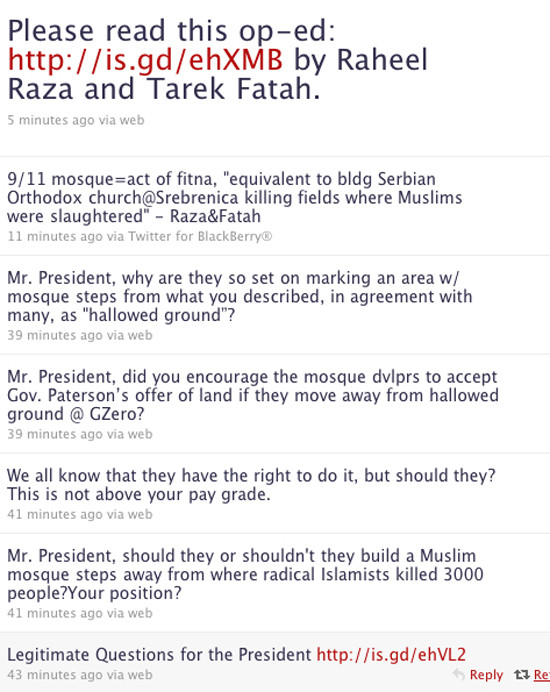