The international Cassini spacecraft mission is a match made in heaven: it pairs advanced imaging technology with Saturn, arguably our most photogenic planet.

Only two of the ringed planet's 62 moons are captured in the glorious photo below—others may be too small to be visible. Download the image in various formats here.

But the moons that do show up are small by Earth's standards. Tethys's diameter is about one-fifth that of our own moon, and Enceladus' about one-eleventh. At the resolution you see below, almost 14,000 square miles are contained within every pixel.

Cassini, short for Cassini-Huygens, is a joint project between NASA, the European Space Agency (ESA) and the Italian Space Agency (ISA). It was launched in 2004 and will end its mission in 2017.

It's not just there to take pretty pictures like this one—its mission objectives include studying the precise shape of Saturn's rings and the geological composition of the planet's moons. 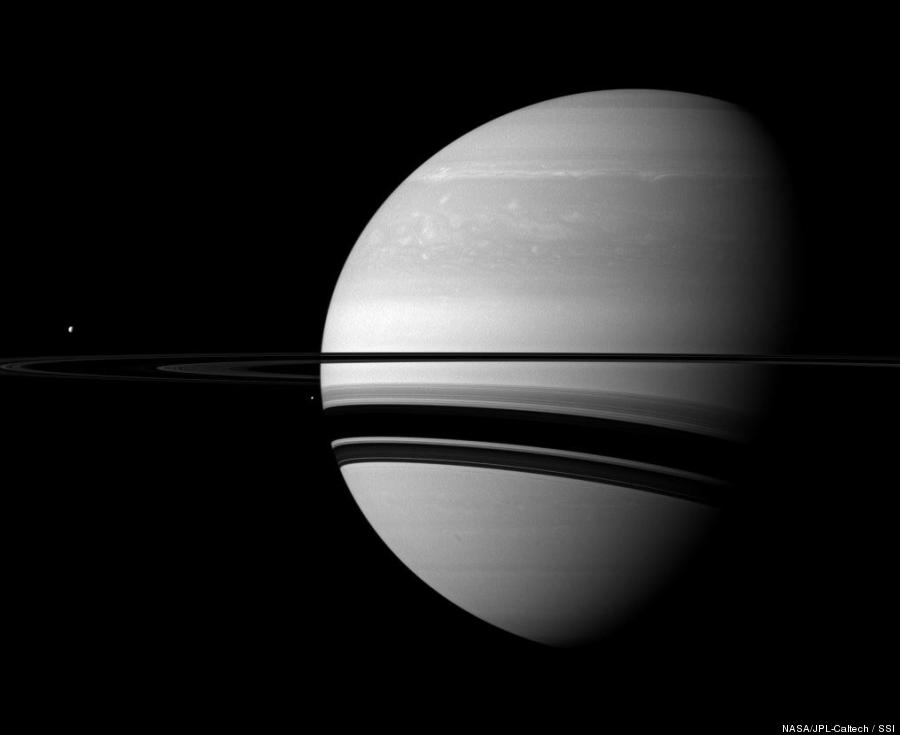