A Florida woman says she was "mortified" when she saw a valet ticket left inside her car with a written message describing her as fat.

Sharyn Peoples of South Florida was parked at Boca Raton’s Mizner Park entertainment complex on Dec. 7 when a parking attendant wrote up the valet ticket calling her "fat," according to NBC Miami. Peoples did not notice the ticket until her boyfriend found it the following day, inscribed with three descriptors -- "play," "red dress" and "fat."

Peoples, who said she was "mortified" over the insulting valet ticket, was so upset that she reached out to LAZ Parking, according to the New York Daily News. Two weeks passed before a manager from LAZ Parking called to apologize and offer her free valet parking for next year plus a gift card to a local restaurant.

“I didn’t think it was heartfelt enough,” Peoples told the Daily News. “The manager said the valet had been reprimanded, but he didn’t take ownership for what had happened.” She wants the valet attendent to be fired for the "fat" remark, saying, “Everyone can have an opinion on the street, but the thing that really upsets me is that he was making disgusting, discriminating comments behind my back."

The valet company later expressed apologies in a statement sent to NBC Miami.

"We deeply regret this incident and the company has apologized to the customer and the employee has been disciplined," said Luis Macedo, the general manager of LAZ Parking of Florida, on Friday. "LAZ Parking continues to be committed to providing the best customer experience possible."

Peoples said she hopes no one has to deal with something so hurtful again, but she is not the only paying customer to be faced with an insulting receipt.

Three California women were upset after being called "fat girls" on a bill from a Stockton restaurant in early December. A Maryland Radio Shack employee offended a customer by calling her an "ugly itch" from "Ghettohood, USA" on a receipt in March. A Papa John's employee was fired in January after using the racial slur "lady chinky eyes" on a customer's receipt. 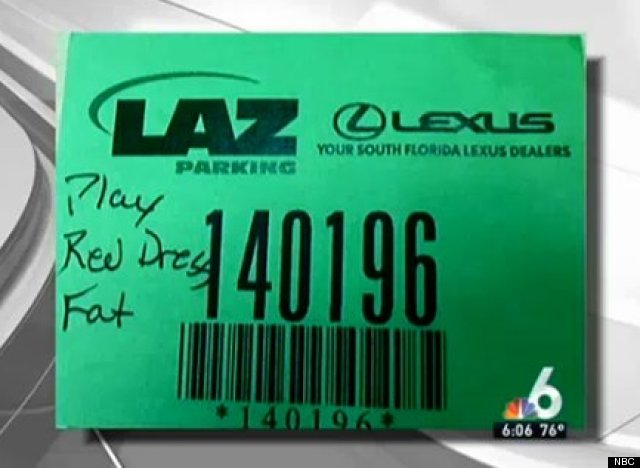 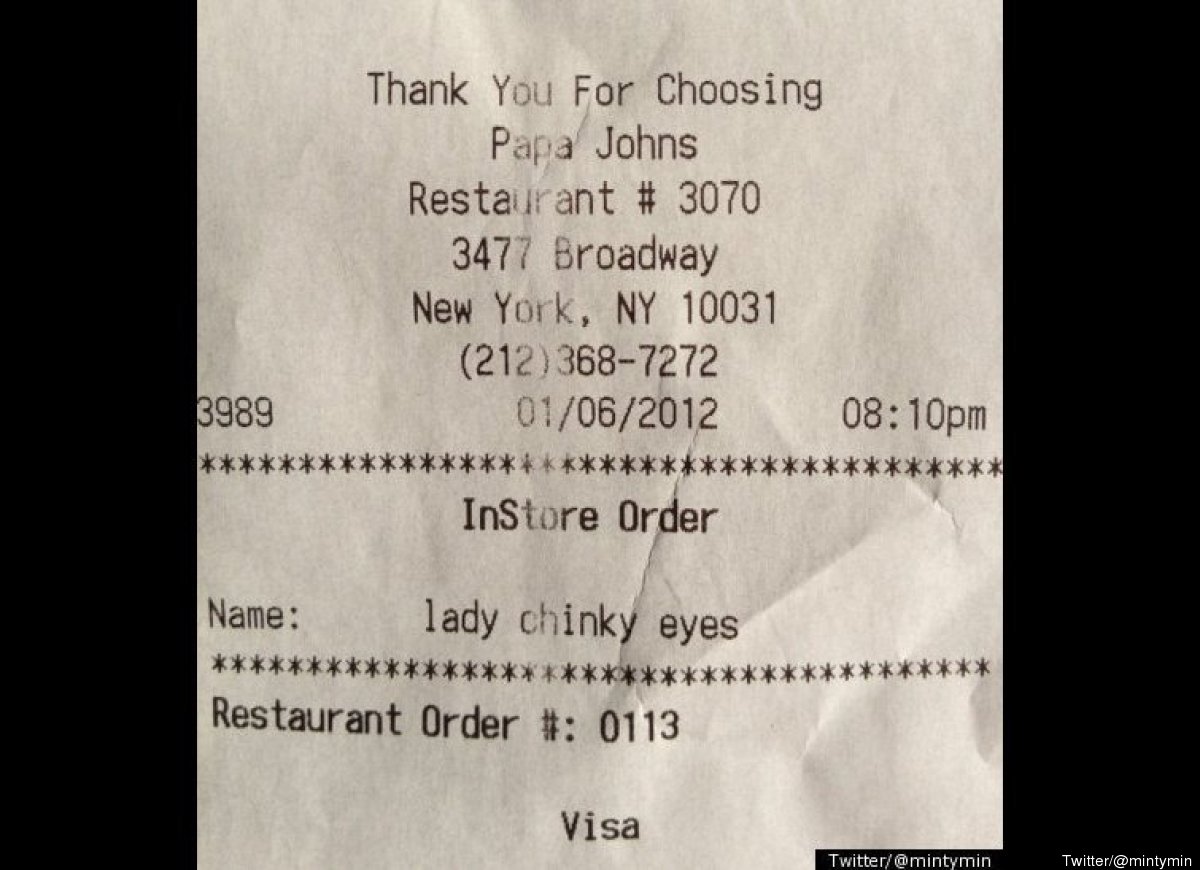