After raising more than $7,000 for charity, a new Sikh running team -- The Surat Fauj Running Club -- participated in its first two events this past weekend. On Saturday members of the California team showed their commitment to defending human rights in Punjab, India by joining the "Appear for the Disappeared 5K Walk" organized by Ensaaf. On Sunday, the New York team joined the "Columbia University 5K Race for Charity" in support of Achilles International, an organization committed to supporting athletes with disabilities.

More than 50 team members joined on both coasts -- some were experienced marathoners, while others completed their first organized run. Rajan Kaur of the Junior Sikh Coalition was one of these first-time finishers, and she expressed her excitement at being part of the team.

"I participated in the race to support organizations and raise awareness for health issues in the Sikh community. By participating in the race, I was able to raise money for a great cause and improve my own health in the process! My favorite thing about the race was connecting with a large group of Sikhs who feel the same way I do about the community and its health." (Story continues below the slideshow.)

PHOTO GALLERY
Sikhs Team Up to Run for a Cause

Gurpreet Singh Dipak traveled to New York City from Toronto for the run, and he used the opportunity to raise funds for EcoSikh, an organization committed to helping all live in harmony with the earth in accordance with the vision of Guru Nanak.

"I came down from Canada for the event because I love running for a good cause," Dipak said. "I appreciate the link between healthy living and a healthy world, and it's rewarding to be able to take something so personal and use it to give back to the public."

According to Gurbans Kaur, one of the organizers for the team in New York, the Surat Fauj Running Club has been largely inspired by 102-year-old running icon Fauja Singh, who has used his celebrity to promote social good. Following in his footsteps, the Surat Fauj aims to build community, encourage healthy lifestyles, and support charitable efforts. Kaur also pointed out that Fauja Singh has helped increase Sikh visibility and challenge assumptions of Sikhs as "foreign" or "other."

"Running has become such an important part of the American cultural landscape, and participating in events like these will help us combat stereotypes that lead people to see us as different. We want everyone around us to see for who we are, and we hope running will help serve this purpose, while also improving our health and giving us a platform to fundraise for our non-profit organizations."

Prabhjot Singh, an Assistant Professor at Columbia University, helped set the pace for the Surat Fauj by completing the 5K in 21:40 minutes. After the race Singh discussed his appreciation for the opportunity to join a team of Sikhs running for community organizations that have transformed the presence of Sikhs in the U.S.

Inder Kaur Narula of San Francisco, Calif., helped organize the team in the Bay Area, which walked in the memory of individuals who had been disappeared and extra-judicially killed by Indian security forces during the Decade of Disappearances in Punjab, India. She said that in addition to taking a stand against human rights violations, the most rewarding part of the event was meeting people of various ages who were interested in promoting the same ideals as Fauja Singh -- healthy living, charity and awareness.

"It's wonderful to see how Fauja Singh has inspired so many people in every generation," Narula said. "We're so excited that we got off to such a wonderful start. Sikhs from all over North America are contacting us about starting a chapter of the Surat Fauj in their cities, from San Antonio to Toronto to Chicago. We hope that we can create a powerful movement around fitness and health while continuing to support the efforts of important community organizations."

For more information on the Surat Fauj Running Club, its teams in various locations, and upcoming events, visit www.SuratInitiative.org. If you are interested in starting a branch in your city, please contact healthproject@suratinitiative.org. 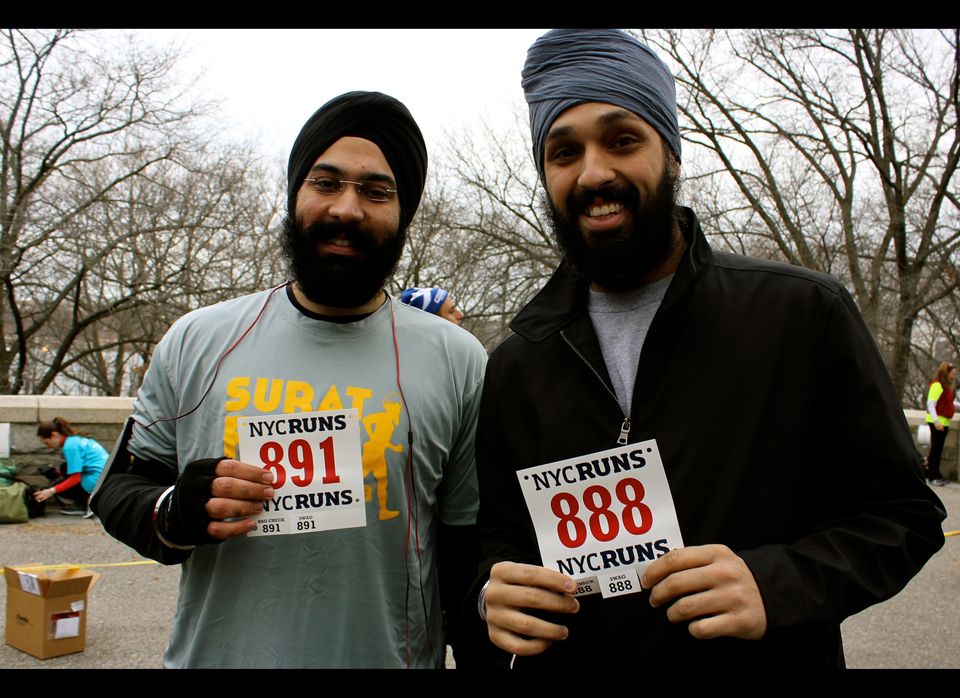