Construction workers and bakers may not seem so similar, but at one shop, those once operating heavy machinery are now making a small fortune off baking chocolate chip cookies instead.

Simon Stenson, 38, of County Mayo, Ireland, found himself back in his hometown when the collapse of his country's construction bubble left him jobless, IrishCentral reports. He spent two years on welfare before his wife, in an attempt to cheer him up, bought Stenson a voucher for a cooking class and inspired him to open a bakery. Now his artisanal shop, Cherry Blossom Bakery, will soon employ 30 people, allowing the "million dollar" Stenson a way of helping others who've been devastated by the collapse of Ireland's once booming economy.

"Simon trained up every member of our staff himself," Stenson's wife and business-partner Siobhan told IrishCentral. "None of them had any experience in baking. He wanted to give people the opportunity he had been given himself."

After the government's recent launch of a campaign to encourage the unemployed to start new businesses, it's safe to say Irish officials hope more people will take Stenson's cue.

One of Europe's most economically troubled nations, Ireland's fall from prosperity has been particularly difficult for those working in construction like Stenson. The country suffered a huge housing bust during the global financial crisis and with the housing industry so closely tied to the availability of construction jobs, construction workers suffered big time.

In addition, the economy economy shrank by 1.9 percent during the third quarter of last year. Ireland was able to cut its deficit to less than 10 percent of its gross domestic product last year, garnering praise from European officials for its strict austerity measures. But the move has taken a heavy toll on Irish citizens.

Most Irish construction workers, who aren't getting the opportunity to work in bakeries, are seeking financial security abroad. Canada has become a particular hotspot for Irish immigration. Over the past two years, 10,000 Irish have emigrated to Canada looking for work. And more are expected soon. As many as 80,000 construction jobs may be filled by Ireland's skilled construction laborers in Western Canada, the Irish Times reported this week.

But Irish construction workers who chose to immigrate to Australia, may have only worsened their lot. A large construction firm there offered many Irish workers misguided migration advice, resulting in them being employed in the country illegally and possibly getting a three-year passport ban, according to Inside Ireland.

Ireland is one of the countries with the most unemployment since the recession. Here are some of the others:

PHOTO GALLERY
Countries Who've Seen The Most Unemployment Since The Recession(CLONED)
Download
Calling all HuffPost superfans!
Sign up for membership to become a founding member and help shape HuffPost's next chapter
Join HuffPost 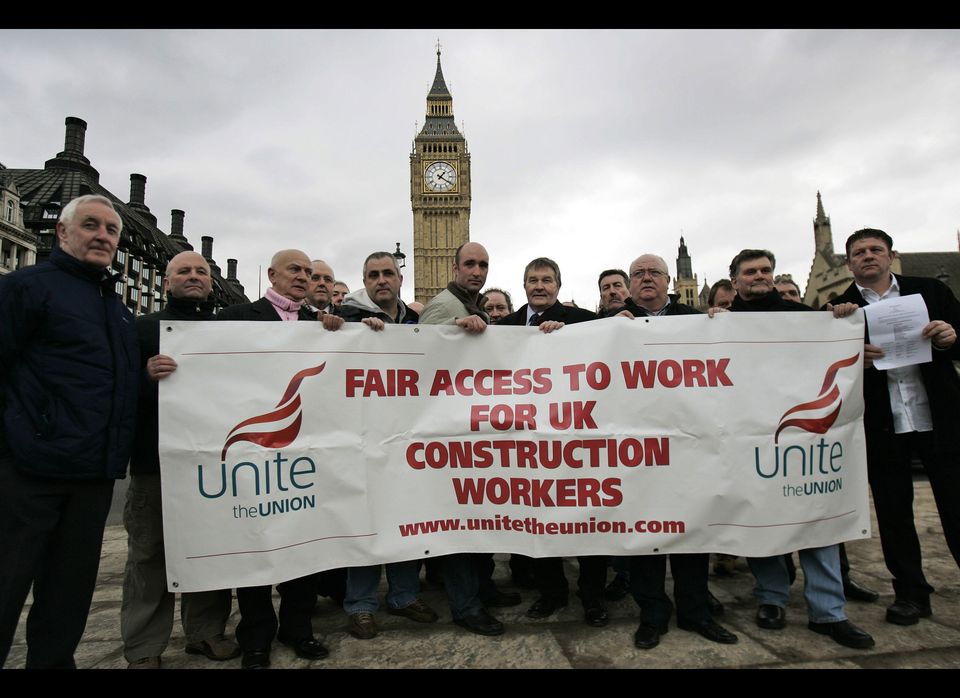