"Sometimes nagging pays off. I can tell you for certain it doesn't with one's spouse, but it did bear fruit with a couple of talented writer friends who had books in them raring to claw their way into the light of day." - Billie Morton with her laugh-out-loud How To Un-Marry A Millionaire chic lit novel, and Greg Michaels' literate, sexy, mystery/adventure The Secrets of Casanova. 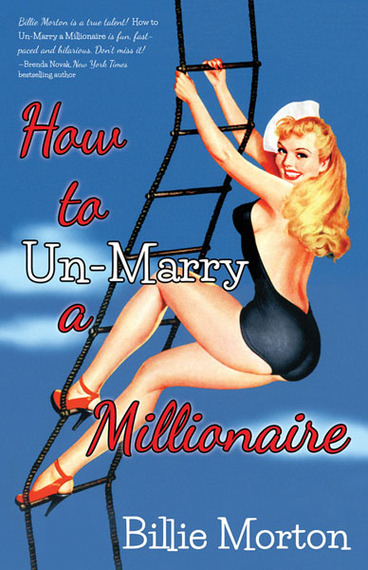 Trouble was, by the time I'd convinced them to write their books, and after having worked tirelessly for years to complete their manuscript and rewriting them to perfection, the world of traditional publishing had undergone a complete, and in some ways horrifying, transmogrification.

Corporate mergers decimated the field of choices for submission. The "Grand Battle of the eBooks" was underway, and Amazon.com was the dominant force in the sometimes dicey self-publishing arena. Successful mid-list, and even bestselling authors, were being dropped willy-nilly by their publishers and fired by their agents. Advances plummeted. There were bloodbaths at the major houses, with lists slashed by a third, and respected editors being fired, others leaving the business altogether. Even once-robust genres (like historical fiction) were dying on the vine. If you were lucky enough to get a deal, in-house money that had once been spent on advertising, marketing and promotion had dried up, and publishers expected authors to pick up the slack with their own Facebook, Twitter and personal blog campaigns...spending their own money to boot! The old Hollywood adage, "You're only as good as your last movie" took hold in New York, and now writers were only as good as their last book's "sales track." Independent bookstores were closing right and left, and if all that wasn't bad enough, one of America's two major bookstore chains -- Borders -- went out of business.

I watched in dismay as Billie and Greg tried repeatedly to get a foot in the door of the traditional publishing world, only to have it slam shut in their faces. Both of them were leery of self-publishing, and my own experience -- the only thing I could offer them -- was with the Big-Five publishers. It was beginning to feel like all my nagging and all their years of hard work had been for naught.

Enter Booktrope, a Seattle-based "hybrid" publishing company that has, in its three years in business, published 270 titles. Greg -- a Shakespearian actor and swashbuckler -- had discovered them in his dogged efforts to find some satisfaction for his ten years of passionate obsession with Casanova, as well as the writing process.

"So you're self-publishing after all?" I asked incredulously.

"No," he explained, still a little shaky about the facts himself. "It's team publishing. I get to choose my own editor, proofreader, book manager and cover designer."

"Huh?" I was out to sea on this, and only got farther from shore as he continued.

"I'm not paid an advance, but I don't have to pay for anything out of my own pocket. When we're done I'll have not only an eBook but a physical, Print-On-Demand book. You'll be able to buy it everywhere in every format -- from Amazon and Kindle, to Barnes and Noble and Nook, iBook, Kobo and Indie Bound. They call it "format agnostic." What they call a "book manager" is actually my publicist. She'll arrange press releases, online and on-the-ground book tours, and she'll assist me with my social media, too."

This just sounded too good to be true, especially the bit about the author keeping 33 percent of the profits (when the most a traditionally published author can expect is 15 percent) and as we all know, if it's too good to be true... I was outwardly enthusiastic and supportive because it meant Greg's book was going to get published after all. Inwardly I was more than a little skeptical. He went ahead. The process seemed to take a long time, but Greg kept assuring me that this was because the book needed a lot of work to make it worthy of publication. He wanted it to be right. I respected that, and kept watching. He had a stunning website built by web designer extraordinaire Linda LaZar and his book manager got him up-and-running with Facebook and Twitter accounts, all in preparation for his pub date.

Meanwhile, Billie -- documentary filmmaker and my longtime comedy screenwriting partner -- was watching the adventures of our mutual friend, Greg, with the greatest interest. It was, in fact, Billie who had nagged me incessantly 20 years before to stop chewing her ear off about Tudor England and write a goddamn book. The result was the bestselling Secret Diary of Anne Boleyn (now in its 24th printing with Simon and Schuster, translated into 14 languages) which kick-started my career as a novelist. Billie was in a state of frustration, unable to get any traction with New York agents or publishers with her first novel, How To Un-Marry A Millionaire, and could see Greg moving slowly but steadily towards a dignified and painless publication of Casanova -- a book she had believed in for as long as I had. She began considering the hybrid possibility for herself, but questioned whether a Booktrope title could actually get out there, not just vanish into oblivion like other friends' self-published books -- without a machine behind them -- had done. Neither Greg nor I knew the answer.

Just before publication of Casanova, Greg sent us both an article from Forbes Magazine that featured Booktrope both heavily and favorably. It stated that at least one of its titles had sold over 100,000 books, and the other hybrid publishers named in the article reported similar successes.

That was all my stonewalled friend needed. Greg made sure Billie's manuscript was read by the Booktrope staff of "early readers" who concurred with us about the quality of the writing and the commerciality of the story...and Billie became a Booktrope author.

By now I was more than a little intrigued by this upstart publisher. I was still being published by the old guard, but even after nine novels I had no illusions about my future in that world. I wanted to see for myself how the process would compare to traditional publishing. I'd read How To Un-Marry A Millionaire several times and knew it didn't need any structural editing, so I offered to join Billie's team and become her copyeditor. While this was a job I'd never attempted before, I'd been "on the other end" of a copyedit nine times and felt confident that I understood the process, as well as the vagaries of The Chicago Manual of Style. While I was doing my work Billie had begun what was to be the most joyful aspect of her publishing experience -- the front cover design.

Book jacket design -- especially in the historical fiction genre -- has become for authors one of the most dispiriting, even hair-tearing aspects of having one's book published. Even the most successful authors feel entirely out of control, knowing that their input (if it's even asked for) will most likely be disregarded. Covers foisted on them range from repetitive (the ubiquitous "headless woman running away" in historical fiction) to cheesy photoshopped pictures.

Now I watched as Billie -- an inveterate researcher -- pored over mounds of images herself and found one that she fell in love with -- a 1950s pin-up of a blonde who was not only the spitting image of her heroine, but possessed her indomitable spirit as well. She knew she'd need permission to use it, so proceeded to hunt down the copyright holder -- no mean feat -- but in the process learned volumes about vintage pin-up art and met friendly, insanely helpful people all along the way. Once she had the rights to use her image, Linda LaZar helped her find the perfect fonts, and her Teamtrope cover designer, Loretta Matson, did the rest. Billie created a blog, "Happily Ever After - Writing in the Rain" and began posting about her somewhat feral life in the Australian rainforest surrounded by snakes, koala bears and some of the loudest birds alive.

With copy editing handed in, the proofreader took over, and Samantha March - herself an author, chic lit blogger and Book Manager -- began setting up the marketing plan including a blog tour with highly acclaimed Goddess Fish Promotions, all of which will go into motion in the coming weeks.

Billie ended up with an eye-candy cover that she is very happy with, a professional publishing experience that she controlled 100 percent, one she describes as "entirely stress-free." And her physical book just found its way into the hands of a top TV executive.

What of Greg Michaels' The Secrets of Casanova? Last month his debut novel won the prestigious Nancy Pearl Award for Fiction, and at least one New York agent that had passed on it a couple of years ago decided he needed to "take another look." 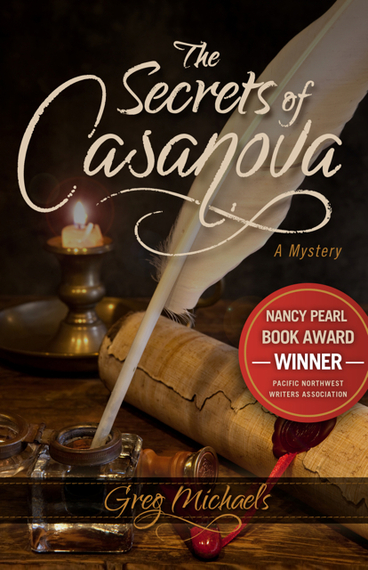 Katherine Sears, Chief Marketing Officer of the company, agreed to speak with me, and jaded as I have become over the years, I believed it heart-felt when she exclaimed, "I love, love, love books!" Conceived with her partner and company CEO Ken Shear, Booktrope, she told me, is committed to creating a better system for authors. "We want to make sure they get a fair deal and that they get to participate in the creative process as much or as little as they would like," Sears told me. "We're also finding that authors, editors and freelance marketers are getting a lot of personal satisfaction knowing that they're part of a broader community."

Katherine believes that today is a great time to be an author. "For the first time in the history of that profession, writers actually have choices. It's up to you to figure out what's the right fit for your career. If you have an entrepreneurial spirit or if you're a control freak, then you should absolutely self-publish." The perfect author for Booktrope, she pointed out, is one that would like more of a creative hand in the process of publishing his or her book than they'd get with a legacy publisher, but doesn't want to own it all. "They want to work with a cover designer. They don't want to hire the cover designer themselves. They would like to be able to say yes or no to accepting an edit."

Just this week, I heard there is good news for the future of Booktrope, their authors and teams: Sears tells me that they are kicking off a relationship with Intellectual Property Group who will be working with Booktrope on Hollywood representation. A formal announcement with details will follow later this week.

I always say, "You learn something new every day." In the last days this old dog has learned an entire new circus act, and it's afforded me a more positive spin on the business of publishing than I've experienced in a very long time.