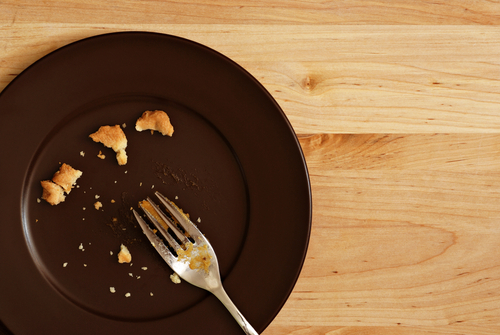 I can't believe I'm actually going to say this. I many never work in this town again. But here goes.

As a professional songwriter for over 25 years, I was drawn to a piece that was put out on the wire by the Associated Press last week. Reporter, Mesfin Fekadu posed the question, "How Many Songwriters Does it Take to Produce a Hit?" He was told that these days it often takes as many as 8-10, or as John Legend aptly put it in the piece, "writing by committee." Or, as some of my colleagues call it, "Frankenwriting." Because it feels more like building a song than crafting one.

I've just finished writing a memoir, Confessions Of A Serial Songwriter, which addresses this new approach to writing a song as well as other recent interesting twists and turns in music industry culture. Mr. Fekadu's article just scratches the surface of the ways in which mainstream songwriters are being given a run for their money. Or should I say scrambling for what little money is left on the table.

The changes in the songwriting world coincided with the turn of the millennium when the music industry basically collapsed. File sharing services like Napster created a mindset in which you didn't have to pay for music. Record sales took a nose dive and everyone in the industry -- songwriters, artists, producers, managers, record company executives, publishers -- was trying to figure out how they were going to stay afloat. And the songwriters' piece of the pie was extremely vulnerable. Because...

At about the same time, technology was making it possible for a marketable song to be constructed inside a laptop. The value of the melody and lyric was diminished relative to the importance of a sonically tasty backing track. The programmer (now upgraded to the title of "producer") became the star of the show and the songwriter (now referred to by the more trivial term "topliner") was relegated to a supporting role. In fact, quite often a backing track was selected for a record before there was even 'a song' attached. The "producer" was in a position to dispatch his backing track to multiple topliners and choose which topline (lyric and melody) he liked best. In some cases a bevy of topliners would be summoned to a studio to audition their soundbites and ideas on top of the backing track at hand. At the end of the day, the producer would take 50 percent of the songwriting credit (and the subsequent revenue) and then decide which bits made the cut and how much of a percentage each bit was worth.

And there were other smooth operators who saw an opening here -- an opportunity to take further advantage of the instability of the songwriter. Soon, pieces of toplines were being replaced (or added to) by additional "writers" who were connected to someone who stood to profit by these replacements or additions, (perhaps a manager or publisher affiliated with the project). Record company executives started signing and managing their own small stable of writers. So who do you think they were going to go to first when they needed a song? I once had an A&R exec boast to me of adding a "Whoa Whoa" to a hook and helping himself to a small piece of the songwriting pie. I hate to say it but, seriously?

The writer who spoke up about these shenanigans might find they weren't being invited back to work in certain circles. Or they might be branded "difficult." Or "old school." And it would be a lot trickier getting their songs on the records that the operators were involved with.

Needless to say, these developments have wrought havoc in the lives of professional songwriters, both economically and creatively.

Financially, it's less and less possible for a songwriter to make a decent living. I know of a few who have contributed to hit songs that are still having trouble paying their rent. I can't help but wonder about the aspiring up and comer with big dreams and empty pockets, pockets that might still be pretty bare even after their dream comes true. Some reason that if they get their name on a few big hits it will open the door to bigger and better opportunities. They may be right about that but it remains to be seen whether the resulting royalties will allow them to make a down payment or put their kids through college.

And what about the actual experience of songwriting and songs themselves?

I've sat on both sides of the table. I've been in a room with another girl and her guitar and written a grammy nominated song with nothing and nobody interfering with our creative GPS. I have also participated in writing songs by committee. And while the combining of random catchy sections and pop-culture trending phrases with infectious beats may very well result in fun-loving hip hop or dance friendly songs, and may even yield a #1 on iTunes, (that to be honest I wish I was a part of sometimes), those songs are often short lived. Personally I would rather strive for a song that resonates for decades and connects with people in a profound or unique way.

I can't help but notice how strongly music lovers have responded to songs like Christina Aguilera's "Say Something" (three writers) and Rihanna's "Stay" (two writers) and well, Adele's whole album or Lorde's EP. Could a committee have written Linda Perry's "Beautiful" (one writer)?

In the meantime, and for the foreseeable future, decisions about which songs get recorded and promoted will remain more about commerce than ever before. Once upon a time not that long ago, if Clive Davis thought a song was a hit, Whitney cut it. And he didn't care who owned the publishing.

Songwriter, Author of Confessions of a Serial Songwriter