MADRID, June 12 (Reuters) - Spain's King Felipe VI has stripped the title of duchess from his sister, the palace said, heaping pressure on Cristina de Borbon to give up her succession rights as she prepares to stand trial on tax fraud charges.

The bold move by the 47-year-old king, crowned nearly a year ago after the abdication of his father Juan Carlos, is part of a bid to revive the image of a monarchy tarnished by scandals.

Cristina is due to stand trial as soon as this year and will be the first Spanish royal to face prosecution. Graft investigations in Spain have exposed high-level corruption throughout society, damaging Spaniards' faith in their institutions.

The title of Duchess of Palma de Mallorca was conferred on Cristina by her father on her marriage in 1997 to former Olympic handball player Inaki Urdangarin, who has been charged with fraud and embezzling public funds following a long-running investigation into his Noos Foundation charity.

Late last year, the couple as well as 15 others were ordered to stand trial following the probe. No date has yet been set, although the case is expected to come to court in the second half of this year.

Both have denied any wrong-doing. (Reporting by Sarah White; Editing by Dominic Evans) 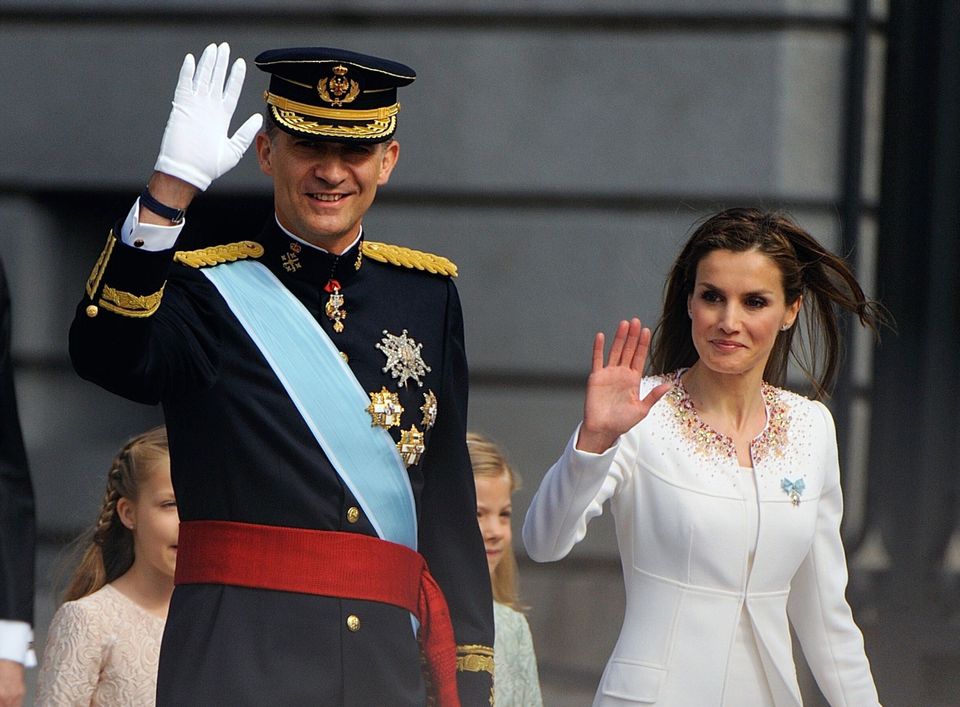 1 / 25
Spain's King Felipe VI and Queen Letizia arrive at the Congress of Deputies, Spain's lower House in Madrid on June 19, 2014 for a swearing in ceremony of Spain's new King before both houses of parliament. (Jorge Guerrero/AFP/Getty Images)
Getty Images