Writer Paul S. Kemp's new "Star Wars" novel, titled Lords of the Sith, will feature Moff Mors, described by Big Shiny Robot as "an Imperial who has made some very serious mistakes" who "also happens to be a lesbian."

Shelly Shapiro, editor of "Star Wars" books at Del Rey, pointed out in the Full of Sith podcast that although Moff Mors breaks fresh ground as a lesbian character, her inclusion felt "perfectly natural" as same-sex relationships in the canon are nothing new.

Take a look at the book cover below: 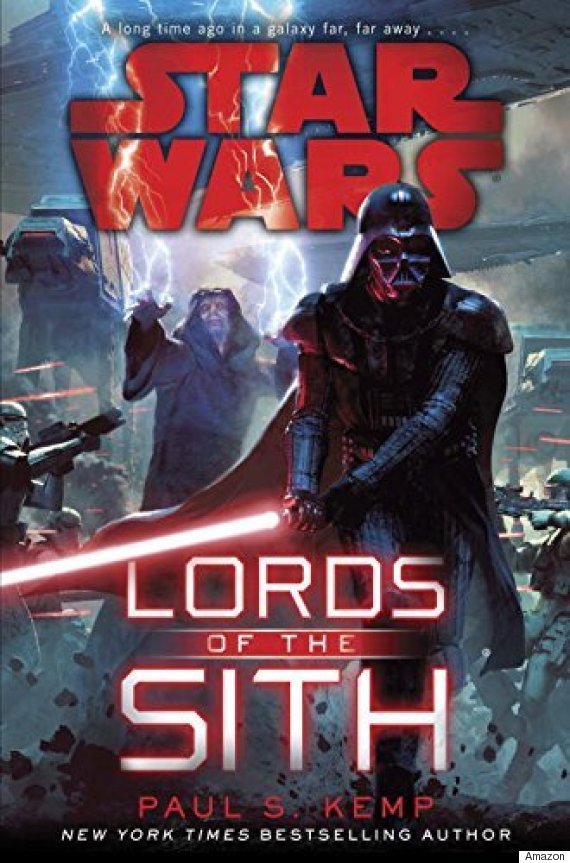 She then added, "If there's any message at all, it's simply that 'Star Wars' is as diverse (or more so because they have alien species) as humanity is in real life and we don't want to pretend it's not."

I don't touch demographic bases to appease this group or that. I write what I want. Full stop. It's true that Lords of the Sith has a 1/2

lesbian character. Her orientation is a characteristic in the same way as is her brunette hair. It just fit with my conception of her. 2/2

As Slashfilm pointed out, the gay characters Shapiro referred to were featured in Karen Travis’ Legacy of the Force novels, while another lesbian character appeared in the 2003 video game "Knights of the Old Republic," but none of these would be considered "Star Wars" canon.

The book is slated for release on April 25.

'Star Wars' Canon To Introduce Lesbian Character For The First Time
Our 20 Favorite 'Star Wars' Characters
1 / 20
20. Mon Mothma
A leading figure in the Rebel Alliance, Mon Mothma briefs the rebel forces before the Battle of Endor. Remember: Many Bothans died to bring us these rankings. <em>-CG</em>