Let it be known that this is the first time in history that we will applaud a man taking a role that rightfully belonged to a woman.

Proving yet again that there's apparently nothing he can't do, Stephen Colbert has been named one of Maxim's Hot 100, "the definitive list of the world's most beautiful women."

Coming in at an auspicious number 69, Colbert's ranking on the list was explained by Maxim:

Of course, we couldn't help but think Colbert's cause was helped by the fact that our own Arianna Huffington recently bestowed upon Colbert the title of "Honorary Woman." 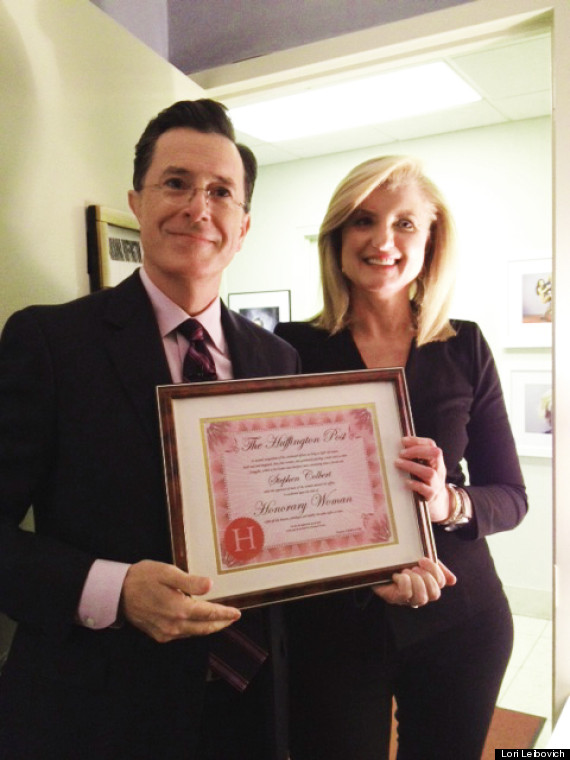 The text of the award reads:

In special recognition of his continued efforts to bring to light the issues, both real and imagined, that face women, and generously putting a male voice to their struggles, which is far louder and therefore more convincing than a female one, Stephen Colbert, with the approval of most of the women around the office, is conferred upon the title of 'Honorary Woman' with all the honors, privileges and nearly the same rights as men.

Perhaps this was the push the "Report" host needed to help him across Maxim's notorious gender barrier.

News Anchor Gets Even With Scam Caller In Brilliant Prank