According to the publication, which was the first to print allegations of Woods' affair with Rachel Uchitel (PHOTOS), in 1999 the golfer sought the company of Las Vegas woman Susie Ogren, who at the time sold drinks on a golf course Woods frequented.

Ogren accompanied Woods and several of his friends for dinner at the MGM Grand Mansion, where she and Tiger each took a "little white pill" that his friend said was ecstasy. According to Ogren, "I'm sure Tiger was hoping it would turn me on so he could get me into bed, and he took the pill so casually that it seemed to me he was used to doing it." Woods soon walked off and "seemed angry," and Ogren says she and Woods never had sex.

SportsByBrooks has a photo scanned from the Enquirer article.

A Facebook search for Susie Ogren, meanwhile, produces a profile that may belong to the woman who says she took ecstasy with Tiger Woods in 1999. According to a Google search, the profile belongs to someone claiming to be in Las Vegas. In addition to sharing the same name and city, the profile picture appears to resemble the photo from the Enquirer, given that the two pictures were presumably taken approximately a decade apart. Again, though, it is not a certainty that the Facebook profile below belongs to the same woman who claims to share a history with Woods. Scroll down for screengrabs. 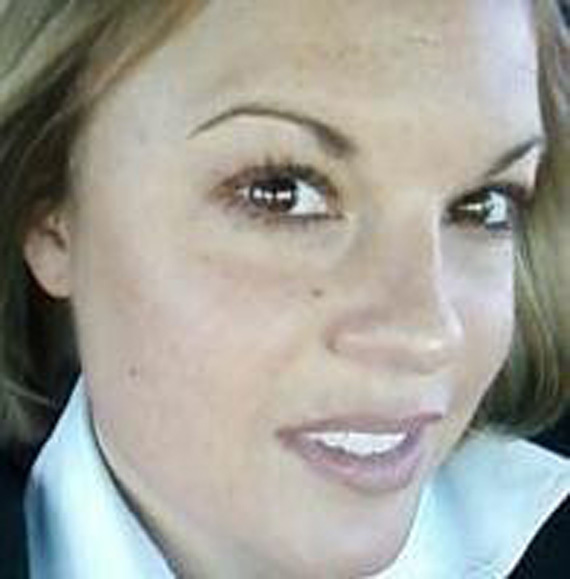 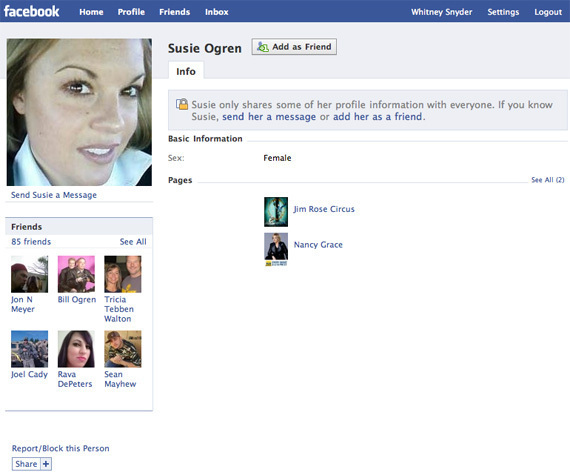