Taiwan may be considered relatively accepting of its lesbian, gay, bisexual and transgender (LGBT) residents, but a new study suggests many in the community continue to feel heavily stigmatized.

A new survey co-sponsored by the Gender/Sexuality Rights Association of Taiwan found that 18 percent of the nation's gay population has attempted suicide due to discrimination, while 30 percent have considered taking their own lives, according to the AFP.

Among the other surprising statistics found by researchers: 68 percent of 2,785 LGBT people said they felt pressured by family expectations that they will enter into heterosexual marriages, while 58 percent said they had been targets of verbal harassment, physical violence and sexual abuse. According to Focus Taiwan, other pressures result from negative media reporting of gay issues (57 percent), the public's expectations regarding gender roles (49 percent), the expectations of older generations and company bosses (44 percent), and verbal and physical abuse (39 percent), the poll found.

Wang Ping of the Gender/Sexuality Rights Association criticized the nation's Ministry of Education for failing to follow through with a decision to include gay issues in school curriculums. "Taiwan’s lack of education on homosexuality has led to the aforementioned results," Wang told the Taipei Times. "To build a multicultural and equal society, gay-friendly education and legislation are very important, as fair treatment is not a privilege, but a basic human right."

The results are particularly surprising given what ThinkProgress describes as Taiwan's "relatively open" attitude toward LGBT people. The nation is known for hosting Asia’s biggest gay pride parade, according to the Associated Press.

View a series of photos from previous Taiwan gay pride celebrations below: 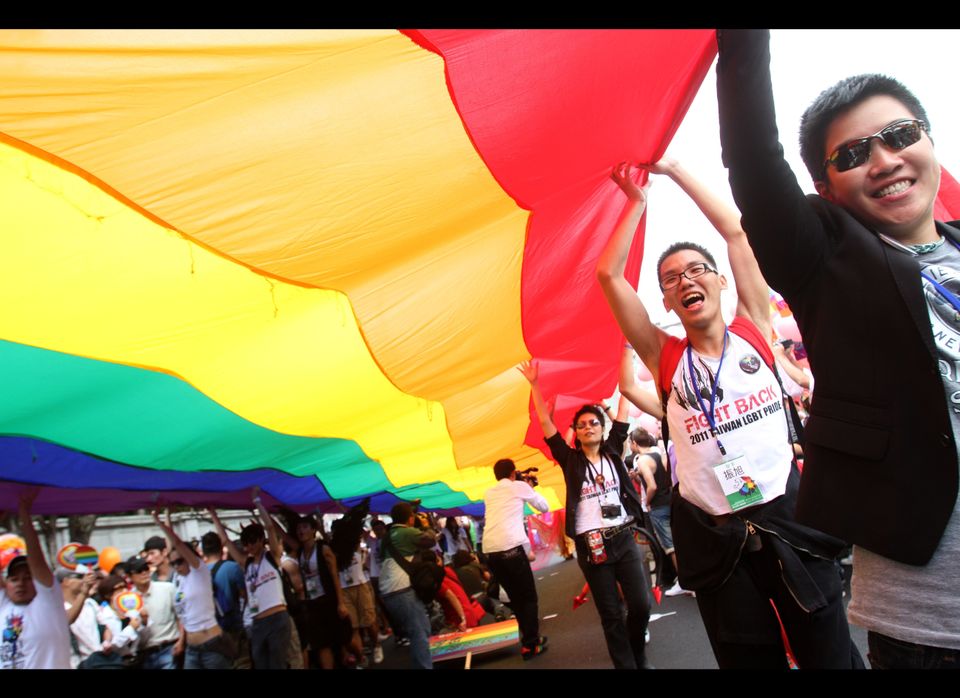