Do you like "Silicon Valley"? "Nathan For You"? Good news!

"Thingstarter" is a new scripted/reality workplace comedy premiering on streaming network Seeso May 19th. The show follows a Kickstarter-like company that develops insane products and presents them to real people for feedback and testing. Here's where the "reality" part comes in: Actual civilians give their two cents on products like "iNotRacist," an app where you can prove how NOT racist you are by collecting points for doing not-racist things. The show was developed from its successful series on the Above Average network.

If you take anything away from this article, let it be the fact the minds behind "Thingstarter" are so good at their jobs, they convinced a group of strangers to get excited about laying in a pile of dirt -- or "Terra Firma," a prehistoric bed for people looking to sleep like our ancestors did.

The Huffington Post got to talk to the writers of "Thingstarter" -- Lucas Klauss, Matt Moskovciak, and Ben Stadler -- about dealing with real people, writing around focus groups and what it's like to tell people they can't take the dirt bed home.

Were there any specific kickstarters or companies that inspired "Thingstarter"?

Lucas Klauss: The show is based on a company called Quirky that had a business model where a community pitches ideas for inventions and then the company makes those inventions into products. They also had a documentary show that inspired the structure for our show.

I actually bought a Quirky air conditioner. I bought it cause they promised it could connect to my phone, sense when I was close to my apartment, and cool my room before I got home. It never worked so I ended up throwing it away.

LK: Yeah, and now they’re out of business.

How did this go from the web series to the show?

Matt Moskovciak: Well, whenever we shot a scene outside, we would notice people interacting with the products. That was the beginning of our thinking to have real people use the products, without them realizing that it was a joke.

Ben Stadler: Did you see the "Better Homeless Signs" episode?

BS: We were filming that and people actually came up and gave money.

How is shooting with real people for the series? I’d especially like to know how it went for the “iNotRacist” episode.

LK: They didn’t act the way we thought they would. That was actually one of the more difficult segments to edit down because so many things came out of it and we didn’t want to make the people look terrible. We tried to make an accurate representation of what happened in the room.

MM: What we found about that segment is that it can be funny when the focus group is on board with it and when they’re not. Because it’s really funny to keep pushing this idea with them not being on board at all.

Were there any insanely climactic focus groups?

LK: The one that surprised us the most was for the "Terra Firma" bed. Just watching them relish the experience of sleeping on dirt and talking about wanting to add it to their homes. We didn’t expect that enthusiastic of a response, even though we wanted it. And all credit goes to our actors on that.

BS: We thought nobody would want to lay in the bed and we’d have to prompt our actors to lay in it first to make the focus group feel comfortable. But they were very down and our actor was coaching them as they laid in it.

MM: In the last episode, there is a product called “Jesus on the Shelf,” which is a take on “Elf on the Shelf.” It has a camera in it and a microphone so you can talk through it. We wrote the script assuming the focus group wouldn't like it. To our surprise, they loved it. So we had to rewrite the script to fit the focus group.

LK: Yes, we had to tweak the scripts a lot. But the worst of it was for the last episode.

Did any of the focus groups want to pay you for the products?

LK: The dirt people definitely wanted the bed. Some of them said, “Keep the money you were going to pay me for doing the group, and just give me the bed.”

LK: I don’t know what they were told.

BS: I think they just let them go. I don’t think they were told it was a joke.

Was restructuring the show the hardest part of making it?

MM: Also we had only written sketches together, and this was not only a narrative series, but also the reality element and a format that doesn’t really exist. So there was a learning curve. There were some similarities but no direct, analogous example to what we were doing.

How did you coach the actors to handle the focus groups?

LK: We gave the actors bullet points of where we wanted it to go. Also our showrunner, Brennan Shroff, used to produce field pieces for "The Daily Show" for five years. He was able to coach them through it, and even sometimes pull them aside and direct them. But the actors were awesome! They came up with a lot of things that we didn’t write that we put in the show.

MM: Brennan was great at structuring the reality bits to have a game and push toward something that would give us a turning point in the episode to write around.

How did you mesh the reality scenes with the scripted scenes so well?

BS: Our director, Kirk Larsen, had just directed a documentary about startups before directing "Thingstarter." So he was very well-prepared to shoot our show as if it was a documentary. He pushed it to look more like a documentary than "The Office" or "Parks and Rec," which are faux documentaries shot for comedy’s sake. He gave it that extra real feel to make the audience question which parts were real or not.

Would you say this show is in the same vein as "Nathan for You"? And do you think we will see more shows that are scripted/reality?

LK: It’s very hard to make. So I wouldn’t encourage anybody to do it. Also, we don’t want any competitors.

BS: We did pitch it as "Nathan for You" meets "The Office." We had that show in mind, in terms of how we wanted to differentiate it.

LK: It's obviously more heavily scripted. But it was definitely inspired by "Nathan for You." But I don’t think we’ll see a lot more because it is very difficult to do, and I don’t know that it’s a huge draw?

MM: Even with how lucky we got with the reality segments, we’d be filming for an hour and still not get what we want and we’d be like, “Wish we had just scripted this!” It takes longer to shoot and way longer to edit.

LK: It’s a terrible idea and nobody should do it. 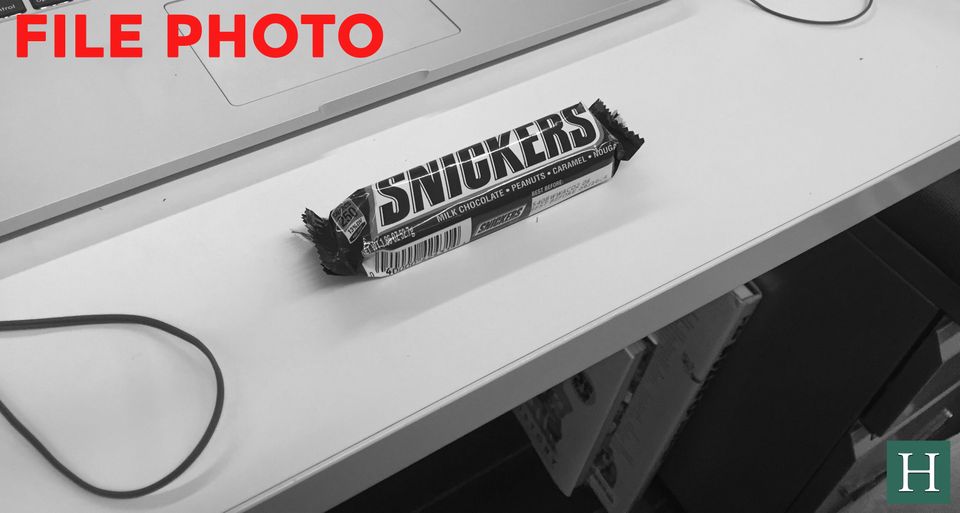